Spotify’s Auto-Mix Is the Robot That Replaces Party DJs 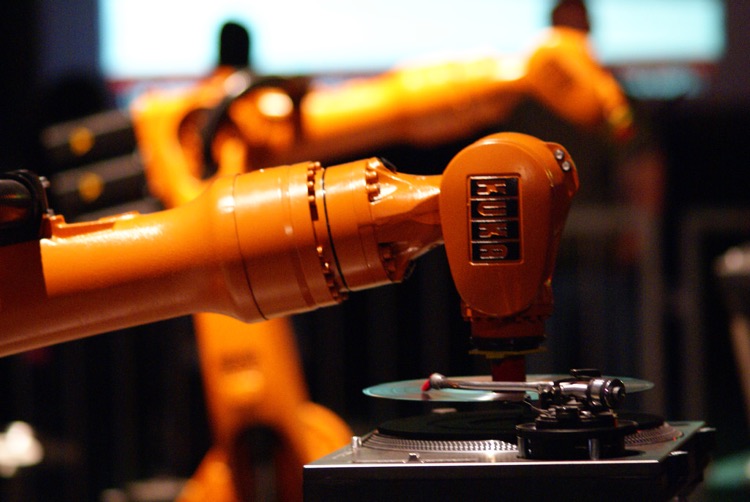 Spotify might just put an end to the careers of party DJs everywhere.

The whole robots-replacing-humans thing?  If you’re a DJ playing events, it’s now a very real possibility.  And Spotify looks like it may be doing the replacing.

Rolling out to several undisclosed playlists, Spotify’s new auto-mixing feature allows for songs on shuffle to be properly mixed together.  So instead of randomly skipping tracks, Spotify wants to create smooth transitions.  And, smartly pick which songs come next.

Sounds great for party planners looking to shave some costs.  But the features will also target casual listeners who will be able to put together a simple mix for a house party.

+ Fair Warning: Amazon Music Will Delete All of Your MP3s on April 30th

How to take a sneak peek of Spotify’s new feature.

Keep in mind: we’re just calling this ‘auto-mix’ for now.  I’m sure there will be a snazzy name later.

You can try the features by opening the Spotify desktop client and popping on the Drum & Bass Fix playlist.  Then, simply set the mix to shuffle.  Then, listen for a few minutes and you’d be listening to songs that are smoothly seamlessly transitioning to one another.

+ Is Spotify Pay-for-Play? ‘SpotLister’ Busted for Selling Playlist Slots for $2,000+ Each

The auto-mix will take you from the end of one song to an appropriate spot in another song.  You know, just like a DJ does. At this time, the feature only works with the Drum & Bass Fix and Housewerk playlists, as far as we can tell.  Other playlists may be getting guinea pigged.

There is still no news when the auto-mixing feature will be included in Spotify’s broader platform.  According to a company spokesperson, “We are always testing new products and experiences, but have no further news to share at this time.”

Awesome bit of non-information.  But one thing is for sure: Spotify will continue to test this feature and smooth out the kinks.  And depending on the response, this could become a mainstream feature in the very near future.