Guitar Makers are Getting Slammed by Stepped-Up Regulations on Rosewood 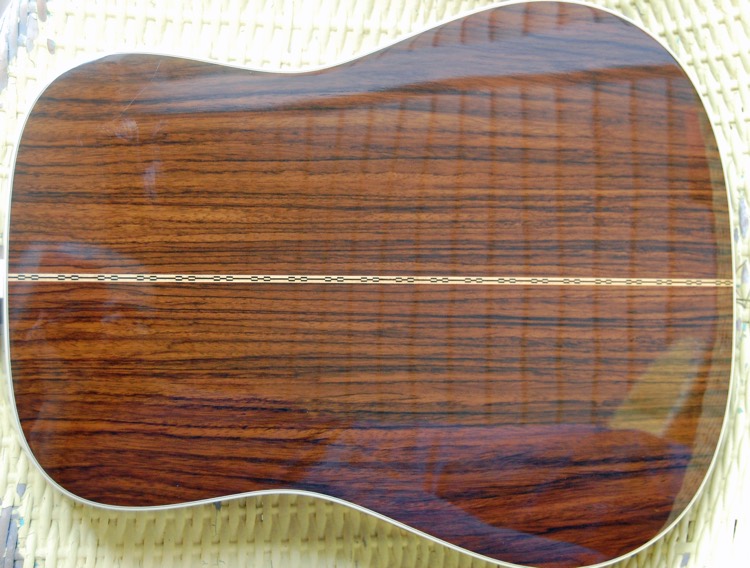 Back of a guitar body made with Rosewood (photo: Jud McCranie CC 3.0)

The extreme scarcity of rosewood is affecting the guitar industry — and well as other instrument manufacturers.  Can we live without it?

Aside from an international crackdown on illegal logging in tropical forests, new regulations are making it difficult for guitar companies to acquire enough rosewood.  Among guitar players and manufacturers, rosewood is known for its rich, multicolored grain — and rich, deep sound.

It’s actually a sought after wood for other instruments as well, including higher-end woodwinds.  In most cases — at least these days — the overall amount of rosewood required is minimal.  But it’s still a giant hurdle to acquire even modest amounts of the precious raw material.

In 2017, new trade regulations on rosewood took effect — much to the consternation of guitar makers.  Once upon a time, restrictions focused on the rarest and most endangered rosewood varieties, in particular Brazilian rosewood.  Now, stepped-up regs span more than 300 different varieties, from numerous forests around the world.

And this is a much bigger issue than just guitars: the United Nations Office on Drugs and Crime analysis found that rosewood is the world’s most illegally trafficked wild product.  Demands from the Chinese furniture industry and other users have been causing deforestation and elimination of the rare wood, especially in countries where illegal logging is common.

Some guitar makers feel that this is a necessary evil to curb the threats to rosewood. Others are complaining about the delays in getting permits to import rosewood and export finished instruments that contain it.

Indeed, Gibson Guitar faced serious repercussions for illegally importing the wood.  None of which helped its currently-desperate financial situation.

Others are thinking beyond the immediate needs of the musical instrument industry.

Tom Bedell of eco-conscious Bedell Guitars is a supporter of the new regulations which aim to control the logging of rosewood. He believes that “the guitar industry’s impact on our tropical forests has been minimal,” Bedell told the AP.  But he also noted:

“To control the trade in wood for furniture, they had to list it all. If we want to have rosewood available for generations to come, this is really important.”

On the other side of the spectrum, Chris Martin, chairman and CEO of C.F. Martin and Co. said: “I’m so annoyed. I’m so distraught by this.” His company uses rosewood in 200 models of acoustic guitar.  Eric Clapton, Sting, Ed Sheeran, Sting are among the stars that use Martin guitars.

According to the publication Music Trades, acoustic guitar exports from the U.S. recently fell by about 28 percent as a result of the stepped-up regulations.  Electric guitar exports declined 23 percent.  Music retailers also reported losing $60 million.  This after months of implementation of the new regulations — though maybe that’s only one part of this decline.

Separately, mega-manufacturers like Gibson are flirting with bankruptcy, while Guitar Center is also hitting the rocks.  And the causes for those declines are far bigger than a rare wood.