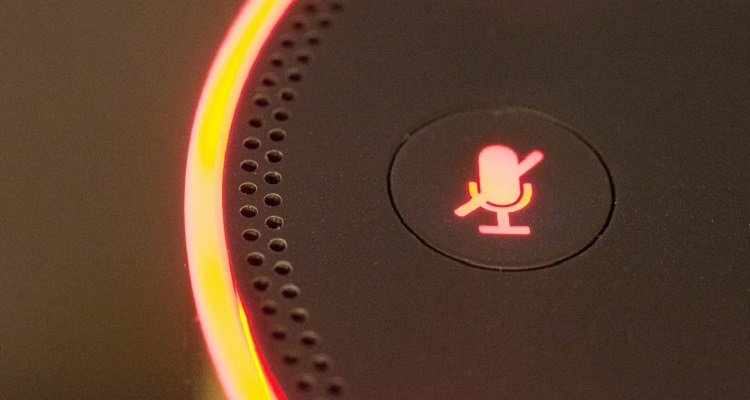 Sound Royalties has just bagged a marquee investment: Lil Wayne.  The company focuses on helping artists raise funds for future projects while leveraging lucrative catalogs.  “I am very excited to be teaming up with Sound Royalties to help bring my plans for 2018 to life,” Wayne emailed DMN.  “Sound Royalties understands the music world and is helping me utilize my past successes to fund and propel new projects and to continue creatively evolving.”

The deal is a huge break for Lil Wayne, who is actively litigating against Cash Money and UMG for nearly $100 million.  The litigation battle involves breach of contract and payout disputes, among other issues, and is keeping Lil Wayne’s latest album on ice.  Sound Royalties is helping to break that logjam by leverage a flow of funds from a variety of recurring revenue streams, including public performances, SoundExchange, publisher receipts, and other sources.

And the spirited battle between the streaming giants continues.  In the latest salvo, Spotify has poached Apple Music Head of Artist Curation Carl Chery, who will oversee hop hop & r&b-themed content at the Swedish streamer.  The move follows the sudden departure of Rap Caviar chef Tuma Basa, who departed for YouTube.  Variety first broke the Chery departure.

And the Pulitzer Prize for Music goes to…

Kendrick Lamar for his widely-acclaimed DAMN.  That’s the first time the Pulitzer has been awarded to a rap album (or anything non-classical or non-jazz, for that matter).  And another fun fact: DAMN was snubbed for a Grammy — but maybe Lamar figured out another way to ‘step up’ his awards game.

That’s right: the mega-disaster aka Fyre Festival now has a film release.  The 2019 docuseries, as yet untitled, is being spearheaded by Mic and Billboard, among others.

26 million tracks and a new deal with Sony/ATV.

Soundtrack Your Brand, a service that helps businesses grow their digital media presence through music, has signed a licensing deal with Sony/ATV Music Publishing.  The startup now has an expanded catalog of 26 million songs.  Spotify quietly co-founded the startup in 2013.  It owns 30% of the company.

Don’t ever expect 100% brand safety on our services, says Google.

Arjun Narayan, Google’s Head of Trust and Safety, has stated that Google and YouTube will never reach 100% “brand safety.”

“In our line of business, abuse is constantly shape-shifting.  We are actively anticipating the next situation but we can only get close to 100%.”

His comments come after the popular video platform faced two major controversies last year.  First, YouTube placed ads for major brands and government organizations before terror and hate-filled videos.  Then, the video platform had monetized videos filled with comments from child predators.  It had also failed to take down the active accounts.  Both controversies led to a massive global boycott against Google and YouTube by the same brands.

So, do you have a smart speaker in your home yet?

20% of US homes with Wi-Fi now own a smart speaker.  According to comScore, 18.7 million homes have started using smart speakers.  This represents a 67% increase between November 2017 and February 2018.

Vivendi has purchased Paylogic, a ticketing and technology firm, from LiveStyle.  The acquisition will significantly expand its own See Tickets global network.  Paylogic sells over 5 million tickets in over 10 countries.  With businesses in the US, the UK, France, Germany, and Belgium, among other countries, See Tickets now expects to sell more than 20 million tickets a year for music, sporting, and cultural events to over 5,000 clients in 30 countries.  In addition, See Tickets will now employ more than 500 people.

Revenue highs in the music industry down under.

For the first time, revenue from streaming music platforms accounted for 54% of the overall Australian market.  According to the Australian Recording Industry Association (ARIA), the services brought in $213 million (around $166 million in the US).  With overall music sales up last year, the Australian music industry has hit record annual growth not seen since 1996.

Mixcloud has closed its first-ever funding round, according to TechCrunch.  A regulatory filing shows that the London streaming startup has raised $11.5 million, led by WndrCo.  As part of the investment, WndrCo partners Ann Daly and Anthony Selah have joined the Mixcloud board.  Mixcloud stated that it will use the money to scale its service globally and further develop its product.

SoundCloud has announced the addition of a “mini-player” feature to its app.  The mini-player offers users the same full-screen player experience but in a “fun-size” package.  They’ll now see a visible bar at the bottom of the app with navigation controls, track metadata, and a dedicated “like” button.

The Los Angeles Police Department has arrested a man on suspicion of murder in connection with a music recording studio fire that killed two people.  Police announced that officers arrested 28-year-old Eferem Demery after a Saturday morning fire at Top Notch Recordings in Universal City.  The blaze also injured two others.

Reaching the end of a historic quest.

Pieces of music composed by prisoners in Nazi concentration camps have been played to audiences for the first time.  According to The Guardian, over 3,000 people in Jerusalem listened to 11 pieces performed on Sunday evening.  The concert marked the culmination of Francesco Lotoro’s quest.  For 30 years, the Italian composer and pianist tracked down thousands of songs, symphonies, and operas from the Holocaust.  Many of the pieces were written on toilet paper, with prisoners scrapping for any available writing utensils and materials.

Can you give me back what I overpaid you, please?

PRS For Music has confirmed the authenticity of an email sent to several members.  Live royalties paid out to some members collected under the Gigs And Clubs schemes were too high.  In the email, PRS For Music requested a return of the overpayments.  PRS members working for the society spotted the error after noticing over-payments on their own accounts.

Under pressure from blackmail.

Thomas Neuwirth has announced that he is HIV positive.  He confirmed that a threat of blackmail prompted him to make the news public.  Neuwirth had won the 2014 Eurovision Song Contest performing in drag as Conchita Wurst.  On Instagram, he told his followers,

“An ex-boyfriend is threatening me to go public with this private information and I will not give anyone the right to frighten me and affect my life in the future.”

iHeartRadio has added a new feature for both free and paid users: Playlist Radio.  iHeartRadio staff and Radio DJs personally curate the songs users listen to on the playlist.  The addition of Playlist Radio has also opened up the platform’s 1,000+ playlists to a wider audience.  Previously, these were available behind a paywall.