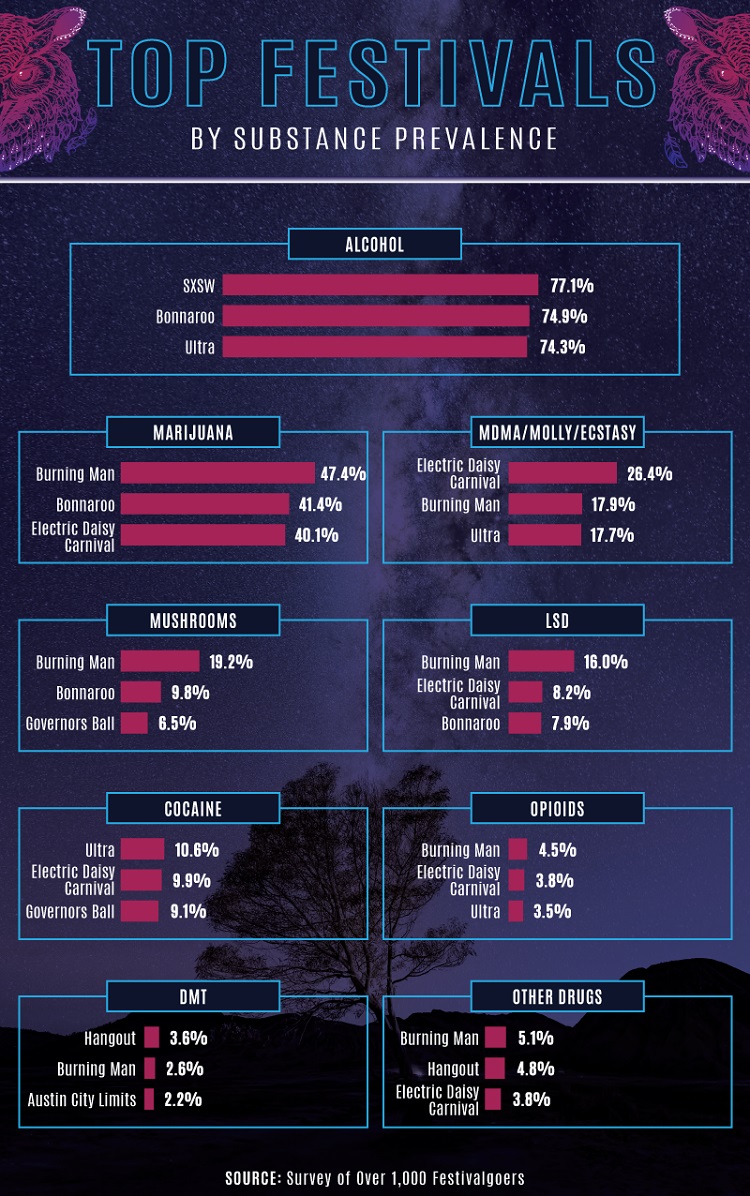 Which drugs will you likely see at upcoming music festivals?  More importantly: in what quantity?

Ahead of this year’s music festival season, TickPick had several curious questions in mind.  Do attendees consider alcohol and drugs essential to the ‘festival experience?’  If so, do most people get hammered, or only the vocal minority?

The online ticket marketplace decided to find out.  TickPick asked over 1,000 attendees about their own intoxicating experiences.  Sharing their results with Digital Music News, the online marketplace found how common various drugs are at each music festival.

Here are the top-level breakdowns, based on substance used.

Breaking down substance use per festival, SXSW led all festivals in rates of alcohol consumption with 77.1%.  Bonnaroo and Ultra came in second and third with 74.9% and 74.3%, respectively.

With 47.4%, Burning Man had the highest rate of marijuana use.  Bonnaroo and Electric Daisy Carnival followed with 41.4% and 40.1%, respectively.

Burning Man also led all festivals with more self-reported mushroom usage at 19.2%.  Bonnaroo and Governors Ball followed close behind with a 9.8% and 6.5% share, respectively.

In total, Burning Man had the highest self-reported LSD, opioids, and other drugs usage.

With higher self-reported ecstasy use, the Electric Daisy Carnival came in first with 26.4%.  Burning Man and Ultra had a 17.9% and 17.7% share, respectively.

Ultra led all festival in rates of cocaine usage with 10.6%.  Electric Daisy Carnival and Governors Ball came in second and third with 9.9% and 9.1%, respectively.

To booze or not to booze: that is the question.

So, how do most people claim to unwind at music festivals?  Alcohol.

Over three-quarters of respondents said that they preferred to consume booze at festivals.  Curiously, instead of waiting to buy alcohol at the events, a large percentage sneak them in.  Ahead of the Electric Zoo festival last year, one attendee buried vodka at the site three weeks in advance (hey, I can quit anytime). 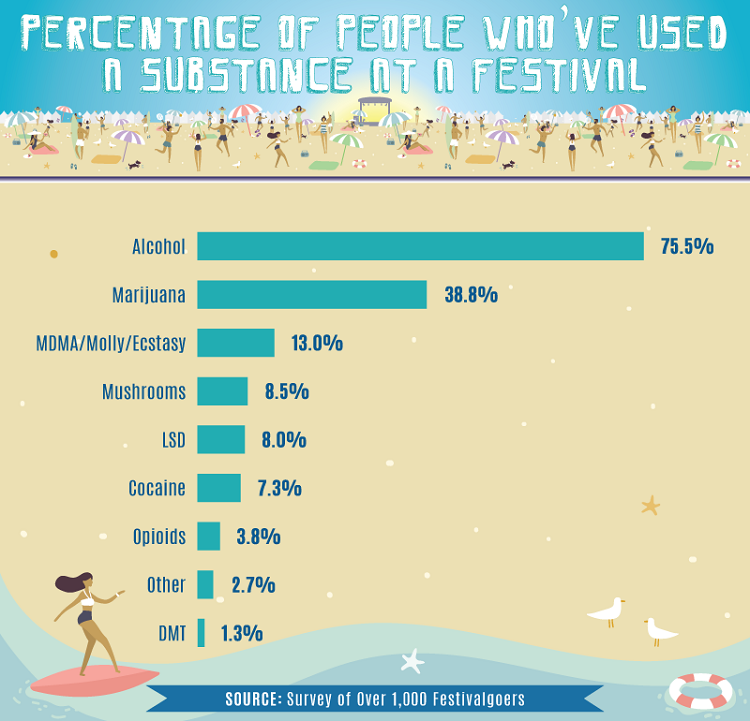 Have a VIP pass?  Then, you’re more likely to consume hardcore drugs that may kill you.

Alcohol consumption took the top spot as the most-consumed substance.  Yet, TickPick wanted to go deeper.  How does substance usage compare between people that have general admission tickets versus those with VIP access?

Those with general admission tickets reportedly consumed more opioids, 3.9% to 1.2%. 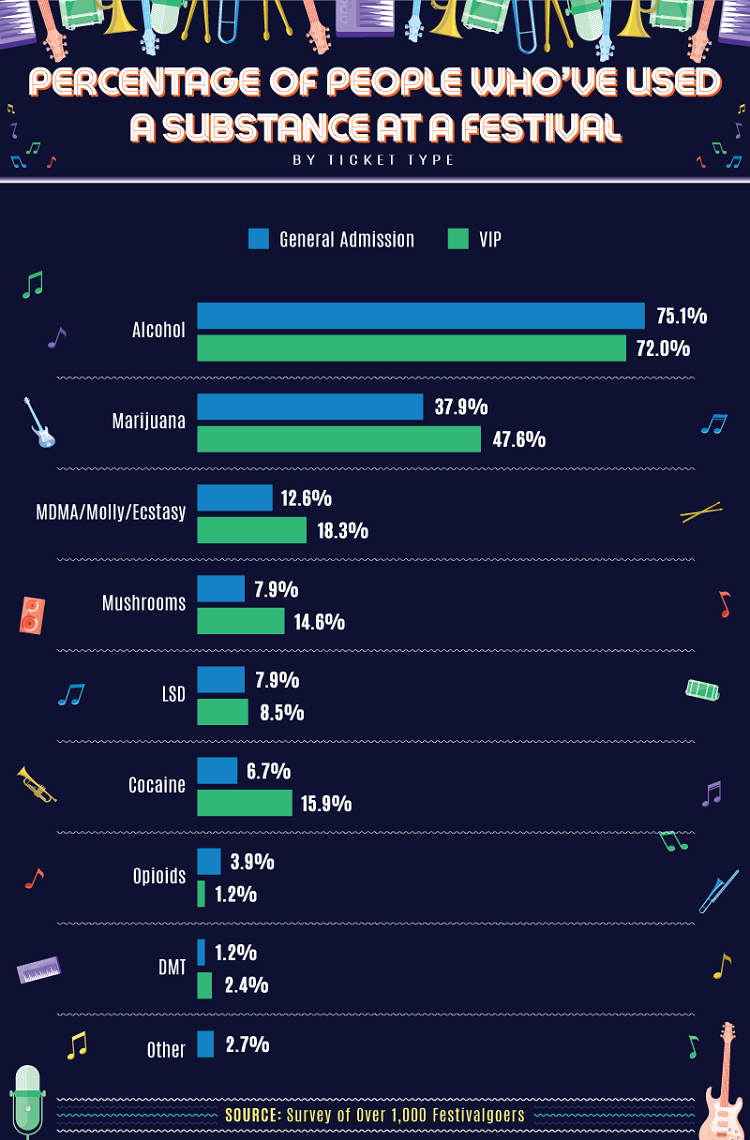 So, what substances do people consume when at major music festivals?

TickPick wanted to know what substances people used at music festivals.  Alcohol, unsurprisingly, took the top spot at each music festival once again.

For more information, you can read TickPick’s complete study here.