Jimi Hendrix-Branded Marijuana Products Are In the Works 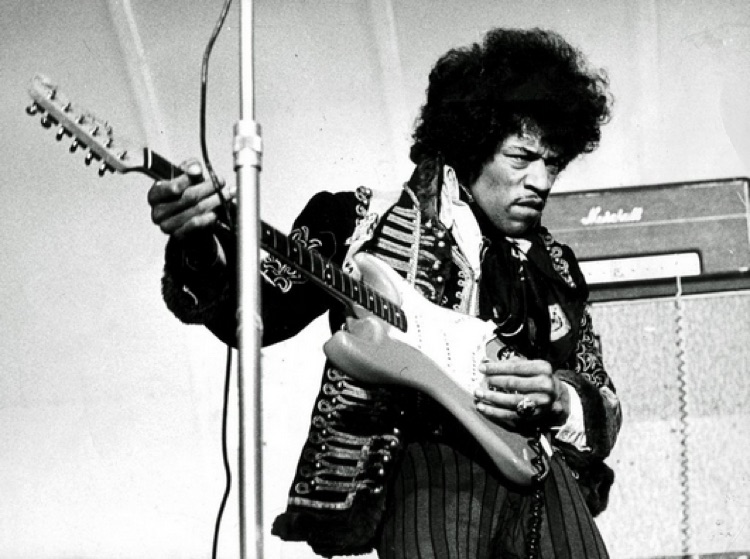 We’re not sure what Jimi Hendrix would have thought about all of this.  The legendary 60s guitarist was notorious for indulging in mind-altering substances, with weed and alcohol virtual staples in his drug diet.  Or, regular diet.

But would Jimi Hendrix approve of having his name attached to a line of marijuana products, including edibles and peraphernalia?

Unfortunately, Hendrix died prematurely in 1970, though he thrived in a musical and cultural era that shunned overt branding and commercialism.  It was also an era in which marijuana was absolutely illegal, making this a far-fetched idea.

Fast-forward to 2018, and my how things have changed.  Accordingly, there’s a high-stakes court battle brewing between Hendrix’s survivors.

Here’s the skinny (or, fatty): Jimi’s brother, Leon, is now moving forward with a Jimi Hendrix-branded lineup of marijuana products.  The products are being developed by Leon and his partner, Andrew Pitsicalis, though that effort has met legal resistance from the Hendrix Estate.  The Hendrix Estate is led by Jimi Hendrix’s sister, Janie.

The business idea is perfectly timed from a legal and cultural standpoint, especially given the cultural staying-power of 60s legends like Hendrix.  But the Hendrix Estate and Janie Hendrix are opposed to the effort.  And they’re suing to prevent the commercialization of Jimi’s name.

It’s brother vs. sister in a court battle.  “This action arises from Defendants’ attempts to improperly exploit the intellectual property rights of one of the greatest artists in the history of Rock and Roll music, Jimi Hendrix,” the suit alleges.

The 64-page complaint alleges violations of the Lanham Act and the US Copyright Act, while accusing Leon and his partners of trademark infringement and ‘deceptive acts and practices under New York Law,’ among other issues.  The Estate accuses Leon of ‘unauthorized use and exploitation of intellectual property rights owned exclusively by the Plaintiffs.’

You can check out the full lawsuit here.

In response, Leon and Pitsicalis have moved to toss the case, arguing that ‘Jimi Hendrix’ is effectively in the public domain.  In quick retort, the Estate’s attorneys have argued that this isn’t technically the case, and asked the New York court to proceed with the action.

Perhaps some precedent surrounds the legendary Bob Marley, whose iconic namesake is being ruthlessly commercialized. Regardless of what Bob Marley would have thought, ‘House of Marley’-branded items now include headphones, clothing, and even coffee.

Tied into the unmistakeable rasta color theme and motif, that House of Marley brand is undoubtedly proving lucrative — and spurring efforts to brand other musical greats like Hendrix.