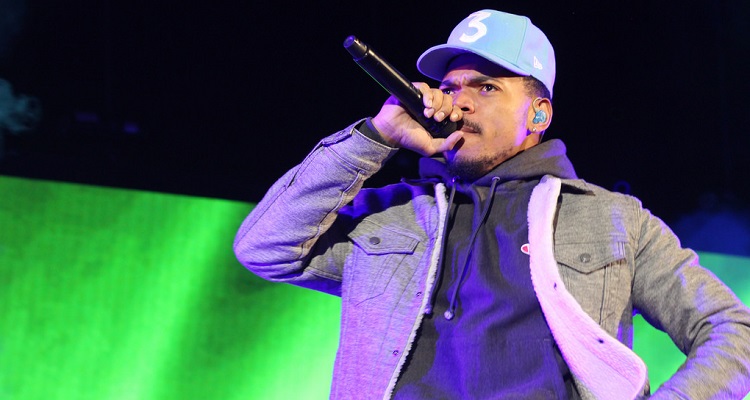 Revenue for unsigned artists is growing at a great rate.  Yet, why does it only make up such a small amount of global recording sales?

According to a new study published by Midia, global recorded music revenue grew by $1.7 billion last year.  This represents an 8.5% increase over 2016’s $16 billion.  The growth puts the global recorded music revenue total at just below 2008 levels, when it stood at $17.7 billion.  According to analyst Mark Mulligan, this proves that the music business is “locked firmly in growth mode.”

At nearly $5.2 billion in 2017, Universal Music Group represented 29.7% of all revenue.  Yet, Warner Music enjoys the biggest growth rate and market share shift.  With an 18% market share, the label reached $3.1 billion last year.  Sony generated slightly over $3.6 billion, representing a 22.1% market share.  Underscoring the power of independent musicians, indie labels generated around $4.8 billion in revenue.  This represents a 27.6% market share.

Yet, Midia made a surprising discovery.  When compared to major label revenue, ‘self-releasing acts’ (unsigned artists) collected only $472 million.  The firm calculated revenues collected from Tunecore, CD Baby, and Bandcamp.

Now, at first, the number seems impressive.  According to Mulligan, this number “reflects the fact that there is a global marketplace for artists that fall just outside of record label’s remits.”  The firm found a 27.2% growth over 2016, making revenue for ‘self-releasing acts’ “the fastest growing segment in 2017.”  Yet, take a closer look at the figures. 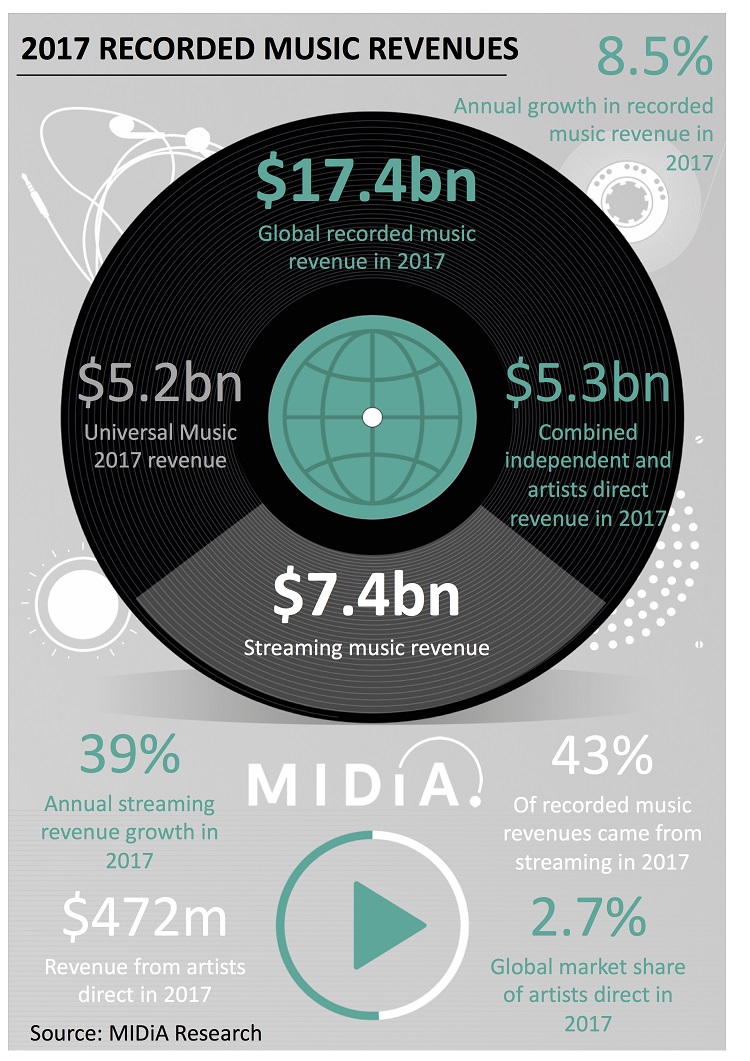 Compared to the rest of the major labels, $472 million only constitutes 2.7% of all global recording sales.  Revenue from major labels easily dwarves this number.  In fact, as Mark Mulligan notes, unsigned artists’ figures have historically “been left out of measures of the global recorded music market.”

Despite the major growth, there doesn’t appear to be a reason for unsigned artists to remain without a label.  At least, not economically.  After all, not everyone can be Chance the Rapper.

Yet, this bleak figure apparently shouldn’t cause any alarm.  According to Mulligan, independent musicians, along with unsigned artists, represented 30.3% of global recorded music revenues last year.  In the foreseeable future, he sees a market becoming “increasingly diversified.”  He wrote,

“Add the possibility of streaming services signing artists themselves and doing direct deals with independent labels, and the picture becomes even more interesting.”

But, until unsigned artists actually start earning more for their hard-earned work, continue expecting similar dismal percentages.  After all, as the analyst admits,

“This doesn’t mean that the labels are about to be usurped.”