The House of Representatives Unanimously Approves the Music Modernization Act, 415-0 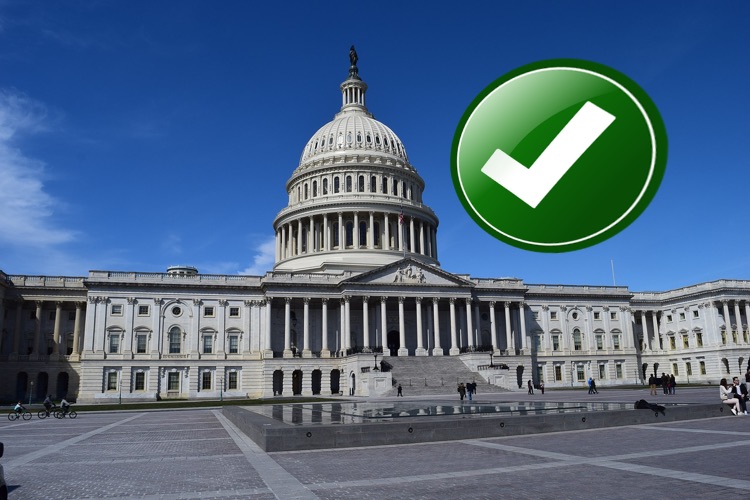 The ‘mega’ bill, which now encompasses a number of different music-focused bills spanning licensing, radio, and even producer rights, received a unanimous approval in a vote today (Wednesday).  The final tally was 415-0, which is about as lopsided as it gets.

And, there’s no beating that level of bipartisanship.  See, music can change the world.

Specifically, the House gave its thumbs up to H.R. 5447.  The Senate version, S. 2334, currently has 23 co-sponsors and enjoys the support of two-thirds of the Senate Judiciary Committee.

Indeed, passage is widely expected in the Senate.  And in terms of broader timetable, the fast-tracking Music Modernization Act could become law in a few months.

“The Music Modernization Act is a great step forward, bringing greater transparency through a blanket license, which is critical to a modern, efficient licensing system,” Chris Harrison, head of the Digital Media Association (or DiMA), emailed Digital Music News.

“As the Senate considers the MMA, we look forward to working with Senators Hatch (R-UT), Whitehouse (D-RI), Alexander (R-TN), and Coons (D-DE), in addition to Senate Judiciary Chairman Grassley (R-IA) and Ranking Member Feinstein (D-CA), to make sure it successfully passes the Senate and ultimately is signed into law.”

Representative Jerrold Nadler, who helped push the bill through the House, offered this from the floor prior to the unanimous vote.

“We are at a unique moment in time where virtually all the industry stakeholders have come together in support of a common music policy agenda. The bill is supported by a broad coalition that includes songwriters and artists, publishers and labels, and Internet and digital media companies such as Pandora, Spotify, Google and Amazon.

“This is an historic opportunity to accomplish something that hasn’t been done in decades.  I urge all of my colleagues to support the Music Modernization Act.”

So what’s included in this Modernization ‘mega bill’?

Actually, a whole lot.  The original Music Modernization Act (HR 4706), focuses on mechanical rights licensing processes under Section 115 of the Copyright Act.  Specifically, it calls for a streamlined process and an entirely new agency to handle and distribute mechanicals, specifically from streaming services.

Also bundled into the mega-act is the Classics Act, or HR 3301, which includes pre-1972 recordings in digital radio royalties.  “For too long, many of our nation’s great cultural icons have been unfairly denied compensation,” Nadler remarked.  “That is why this measure is supported by the NAACP and more than 300 major artists.”

Additionally, the AMP Act (HR 831) is included in the bundle.  AMP aims to better compensate and credit producers, mixers, and engineers, and includes them in federal copyright law for the first time in history.

Here’s the latest version of the bill we have.  We’ll post updated versions as we get them.