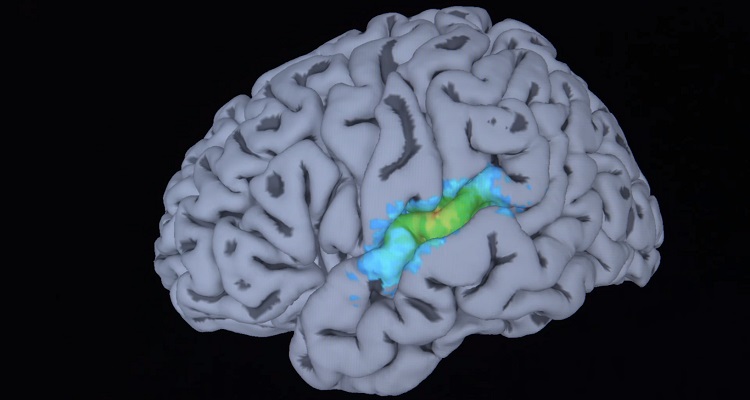 Scientists remain hopeful that one day, music could help patients suffering from the ravaging effects of Alzheimer’s disease.

Researchers have found that playing meaningful music may alleviate anxiety associated with dementia.  The study was published in The Journal of Prevention of Alzheimer’s Disease.

Scientists at the University of Utah Health studied how music affected Alzheimer patients.  They found that “personally meaningful” music turned on certain regions of the brains untouched by the disease.  Dr. Norman Foster, the study’s lead author, called music “an alternative route for communicating with patients.”  He serves as the Director of the Center for Alzheimer’s Care at the University of Health.

Amazingly, the areas of the brain responsible for processing music are unaffected by Alzheimer’s.  “Surprisingly, this region also remains an island of remembrance that is spared from the ravages of Alzheimer’s disease,” the researchers stated.

Researchers examined 17 patients with Alzheimer’s disease.  Over a course of three weeks, they worked with caregivers to help each patient select music they fondly remembered.  Scientists then loaded the music onto a portable media player, teaching caregivers how to use it.  Using a functional MRI, researchers then scanned the patients’ brains.  They compared parts of the brain that lit up when recognizable 20-second segments of music were played versus silence.  Researchers then played eight clips of music, then the same clips in reverse, and finally, eight blocks of silence.

Researchers found that listening to meaningful songs activated different areas of the brain.  Specifically, the visual network, the executive network, the salience network, and the cerebellar and corticocerebellar network pairs all showed significantly higher functional connectivity.

Speaking on the results, Jace King, a graduate student in the Brain Network Lab – and the study’s first author – said,

“When you put headphones on dementia patients and play familiar music, they come alive.  Music is like an anchor, grounding the patient back in reality.”

“This is objective evidence from brain imaging that shows personally meaningful music is an alternative route for communicating with patients who have Alzheimer’s disease.  Language and visual memory pathways are damaged early as the disease progresses, but personalized music programs can activate the brain, especially for patients who are losing contact with their environment.”

Scientists, however, remain cautiously optimistic about the results.  They noted that each patient only had one functional MRI imaging session.

Several questions also remain unanswered.  For example, it’s unclear whether the effects produced were only temporary.  In addition, researchers still don’t know whether or areas of the damaged brain – memory or mood, for example – are enhanced by the changes in neural activation and connectivity for the long term.

The study’s authors, however, hope that music could ultimately help delay the decline associated with Alzheimer’s.  Dr. Jeff Anderson, the study’s co-author, wrote,

“In our society, the diagnoses of dementia are snowballing and are taxing resources to the max.  No one says playing music will be a cure for Alzheimer’s disease, but it might make the symptoms more manageable, decrease the cost of care and improve a patient’s quality of life.”