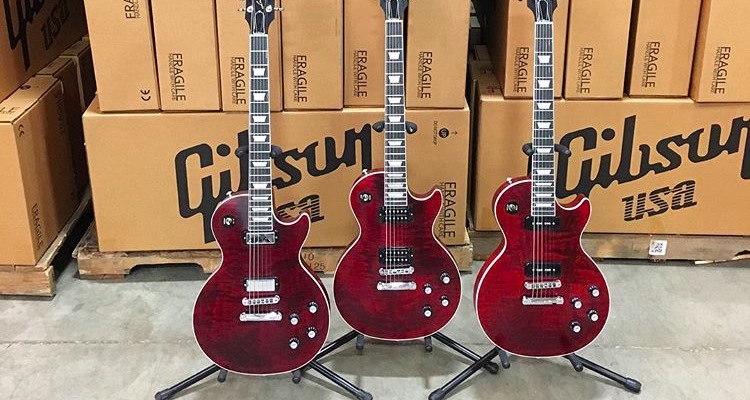 Gibson Guitar, one of the most iconic brands in rock n’ roll, has officially filed for Chapter 11 bankruptcy protection.

It was practically inevitable.  But Gibson Guitar, saddled with more than $1 billion in debt and sinking financials, has now filed for Chapter 11 bankruptcy protection in the U.S.  The bankruptcy represents a once-unthinkable low-point for the company, which has been in business for 116 years.

The bankruptcy filing follows urgent warnings from both Moody’s and Standard & Poor’s, both of whom raised serious concerns of a financial calamity ahead.  Realistically, Gibson was just months away from disastrous financial default, with hundreds of millions owed by late July of this year.

Separately, Guitar Center is also flirting with bankruptcy, thanks to plunging demand for guitars.

In response to our earlier report pointing to an imminent bankruptcy, Gibson CEO Henry Juszkiewicz insisted that loan obligations were being met.  But Juszkiewicz was rumored to be frantically searching for a brand-new lender, though few were willing to gamble.  The company was also selling valuable real estate in Nashville to meet high-interest loan payments.

Gibson Guitar issued an official statement to Digital Music News this morning regarding its decision to enter bankruptcy protection.

“Gibson will emerge from Chapter 11 with working capital financing, materially less debt, and a leaner and stronger musical instruments-focused platform that will allow the Company and all of its employees, vendors, customers and other critical stakeholders to succeed.”

A bankruptcy was considered the only option by agitated bondholders, many of whom were concerned that Gibson was headed for a crash.

Bondholders were rallying to oust Juszkiewicz and his chief lieutenants, based on the team’s lackluster performance and inability to counteract a plunge in demand for guitars.  Juszkiewicz was fighting to protect full ownership and control, though that proved impossible.

Accordingly, Juszkiewicz is now a minority owner of the restructured company.  Creditors to the guitar manufacturer will now assume equity ownership of the company, part of a restructuring plan designed to keep the lights on.  The ‘debtor in possession’ restructuring agreement provides up to $135 million in working capital to retread the moribund operation.

Specifically, the bankruptcy agreement involves the owners of more than 69.0% of the principal amount of Gibson’s 8.875% Senior Secured Notes, due later this year.  Other principal shareholders are also now part-owners of the iconic brand.

Juszkiewicz will retain 36 percent of the newly-restructured company.  That is a surprisingly-high ownership stake, though perhaps it was required to forge the bankruptcy agreement.  Earlier, Juszkiewicz indicated little willingness to negotiate with hostile stakeholders.

Juszkiewicz and top executive David Berryman will continue to operate Gibson for the time being.   But their leadership is only designed “to facilitate a smooth transition during this change of control transaction and to support the Company in realizing future value from its core business.”

In other words, the various creditors — now owners of the company — will quickly take over the controls.

Bondholders have loudly blamed Juszkiewicz for running Gibson into the ground.  But realistically, Gibson’s decline is more complicated than that.  Over the past decade, demand for guitars has been plunging.  Perhaps rock isn’t quite dead, though the number of aspirational guitar players has undoubtedly plunged.  Instead of younger buyers, Gibson has been catering to Baby Boomers who are frequently selling their stuff — or buying pricey used guitars.

In response, Gibson attempted to spruce up its core guitar with dazzling electronics and frills.  That includes add-ons like an electronic, automatic tuning apparatus, which didn’t take off.  In fact, the company that supplied Gibson’s automatic tuner is suing for $50 million in back-payments.

Accordingly, the restructuring will see Gibson focus on its core competency: the classic guitar.

“Over the past 12 months, we have made substantial strides through an operational restructuring,” Juszkiewicz issued in a statement.  “We have sold non-core brands, increased earnings, and reduced working capital demands. The decision to re-focus on our core business, Musical Instruments, combined with the significant support from our noteholders, we believe will assure the company’s long-term stability and financial health.

“Importantly, this process will be virtually invisible to customers, all of whom can continue to rely on Gibson to provide unparalleled products and customer service.”

A bankruptcy court judge must approve the filing.  More as this develops.