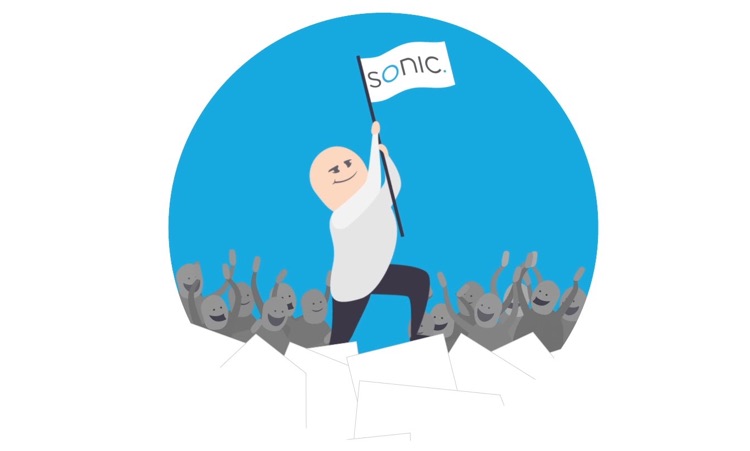 California-based Sonic, one of several ISPs suing the FCC.

ISPs supposedly benefit from the FCC’s net neutrality repeal.  So why are smaller ISPs suing the U.S. Government to protect net neutrality?

An unexpected group has now joined the rebellion against the FCC: smaller ISPs.   The group, represented by Incompas, is now taking legal action against the U.S. Government and the FCC to preserve previous net neutrality laws.

So if smaller ISPs hate the net neutrality repeal, who does the FCC’s ‘light touch regulatory framework’ actually help?

The answer can be found in the mega-ISPs that Incompas doesn’t represent, like Verizon, AT&T, Comcast, and Cox Communications.  Those mega-ISPs have been plowing millions into Congressional coffers, and stand to benefit enormously from the FCC’s net neutrality rollback.

And they’re using benefits from the federal government to squeeze out smaller players.  According Karl Bode of DSLReports, the FCC’s rollback amounts to nothing more than a “grotesque handout to giant, uncompetitive broadband incumbents like Verizon, AT&T and Comcast.”

Sadly, it seems like anyone except for five or six mega-ISPs is getting shafted, especially consumers.  In fact, most internet users are feeling betrayed by Washington, especially as mega-ISPs like Comcast raise rates while lowering services.  Accordingly, states are starting to pass their own net neutrality laws, with Washington and Oregon leading the charge.  California is expected to follow with the toughest state law yet.

Others are also fighting hard.  Already, 23 state attorneys general and numerous consumer groups are battling the FCC’s rollback.  Now, smaller ISPs are joining that fight.  Incompas recently said that “it would be joining the impending lawsuit against the Federal Communications Commission (FCC) to halt the agency’s net neutrality repeal, widely maligned as a grotesque handout to giant, uncompetitive broadband incumbents like Verizon, AT&T, and Comcast.”

The association filed a Petition in the United States Court of Appeals for the District of Columbia a few days ago.

The stated objective is to challenge the FCC’s misleadingly-named ‘Restoring Internet Freedom Order’.  “The American people do not want the internet to look more like cable, where prices rise, customer service falls, and gatekeepers control what you watch, read and pay,” the group stated.

Sadly, it looks like the FCC is making the ISP landscape less competitive, not more competitive.  And, far more difficult for smaller players to profit.  “As we watch the AT&T-Time Warner antitrust trial unfolding, it’s clear large ISPs fear a competitive streaming marketplace,” the group continued.

“Their desire to gobble up content, rather than creating it from scratch, is a sign that anti-competitive interconnection practices and paid prioritization schemes are on the horizon unless strong net neutrality protections are preserved.”

As for the FCC, the Incompas petition states that “the agency ignored objective data, consumer welfare, and numerous experts in their rush to give incumbent telecom monopolies a giant, sloppy kiss.”