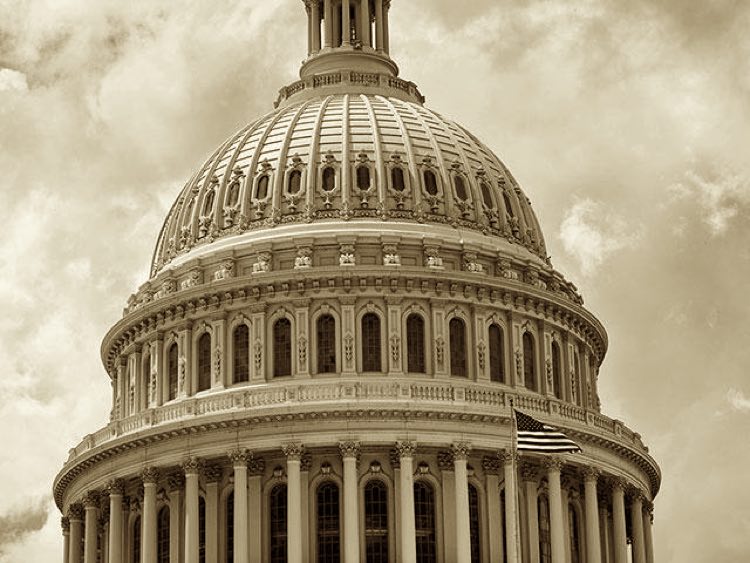 As the Music Modernization Act barrels towards approval in the Senate, dissenting voices are getting drowned out.  Should we be paying more attention?

The music industry is used to bills dying in Congressional committees.  Which is why the Music Modernization Act, or MMA, is such a godsend to a rapidly-recovering music business.

Just last month, the bill won unanimous approval in the House, 415-0.  That’s extremely rare for Congress, much less the music industry.  And it’s the result of an unprecedented level of cooperation between the tech, songwriting, and publishing communities.

But dissenting voices — including unsigned artists and smaller tech companies — are crying foul.  And most of their complaints are about what will happen after the MMA is passed — when a government entity known as the Mechanical Licensing Coalition, or MLC, is formed.

The details surrounding the MLC are now coming into sharper focus, with serious questions over how it will collect and disperse mechanical licensing funds.  And, who exactly gets to run this government agency.

(For a quick overview on what functions the MLC will perform — and not perform — read this introduction).

A huge point of contention is how the MLC will hold unclaimed funds, and then redistribute those funds after a relatively short period of time.  Specifically, the MLC will collect a giant tranche of mechanical licenses from streaming services like Spotify, who will be legally obligated to pay the MLC.  The MLC will then match — theoretically — those funds to the proper rights owners.

But what happens to the millions of works that aren’t properly matched?  That’s where things get a little shady.  Because the way the MMA is drafted, the MLC will have the right to redistribute unclaimed funds after just three years to a select group of publishers based on marketshare.

Those publishers didn’t earn that money — because it was accrued for somebody else’s music — but they will capture the revenue after a relatively short period of time.

And once that money hits the wrong bank account, there’s no way to get it back.

In fact, the actual rights owner will probably never know the MLC even exists, much less understand the process.  In all reality, the songwriters who are not receiving their MLC funds will typically be unsigned, aspiring artists who are unfamiliar with how the music industry works.  They can’t afford sophisticated publishers or attorneys, so they’ll lose money they didn’t even know they were owed — even if that’s a large sum of money based on a recent hit.

“25-35% of all of the mechanicals wont’ get registered,” one source to DMN estimated.  “The struggling rapper from the inner city will never see that money — ever.”

And once three years is over, there’s absolutely no way to recover the lost funds. Which kind of sounds like a scam, except it’s not — because it will become the law.  One source to Digital Music News complained that it was merely ‘legal theft,’ sanctioned by a Congress that doesn’t understand copyright law well enough to realize what they’re voting for.

Dae Bogan, a music licensing expert and entrepreneur behind companies like TuneRegistry and RoyaltyClaim, has tried to get lawmakers to avoid this ethically-questionable arrangement.

Just recently, Bogan urged members of Congress to “ban the practice of distributing by market share unclaimed royalties that rightfully belong to DIY musicians and songwriters,” a group that is highly unlikely to claim their funds.

Bogan told Digital Music News that he’s met with government officials and tried to gain traction on the Hill.  But most of his efforts are being ignored.

Sadly, Bogan says there’s an incredibly easy fix to this problem: simply require anyone uploading music onto Spotify to supply proper ownership data.  So, an artist uploading via Tunecore, Symphonic Distribution, CD Baby or oneRPM would simply have to supply all the extra information.  That way nothing goes unclaimed.

It’s so easy, that it’s hard to figure out why it’s not part of this legislation.  As part of a longer list of recommendations (read it here), Bogan called for Congress to simply “mandate that record companies provide complete and accurate (at the time of release) publishing information for each track within the metadata delivered to distributors/aggregators, and that the latter provides that information to DSPs.”

So why not require this easy fix as part of this groundbreaking legislation?

Cynically, critics of the bill say the reason is pretty simple: major publishers, as represented by the National Music Publishers’ Association (NMPA), don’t want it that way.  And the reason is that such a requirement would make it impossible for member publishers to collect money that isn’t theirs.

But that’s not only damaging the the smaller artist and songwriters who will never get paid.  It’s also damaging to digital service providers (DSPs) like Spotify, who are forced to pay royalties to the wrong person.  Alternatively, that money could be used to reinvest in the company — or better yet, deployed to the actual rights owner.

And frankly, Spotify isn’t stupid: they understand that the MMA contains some unsavory aspects that are harming smaller rights owners. It gets them out of billions in potential damages while offering unprecedented protection from future lawsuits. But that doesn’t mean it’s ethically correct.

All of which might explain the presence of Loudr, recently acquired by Spotify this year.  Loudr is a company specialized in mechanical rights licensing, and a group that could help Spotify better match mechanical rights owners. But frankly, none of our sources truly understood the Loudr acquisition given that the MMA will simply require Spotify to send a lump payment to the MLC.

Meanwhile, sources are also pointing to some very shrewd planning around the MLC once the MMA is passed.

That includes the expectation of a ‘no bid’ MLC government contract being handed to SoundExchange, based on information shared with sources close to the post-MMA planning.   That story involves an NMPA-loaded board and players like CMRRA and SXWorks, a group that will easily guide Congress to a pre-selected group like SoundExchange.

But we’ll save that very detailed discussion for the next article.

The NMPA’s CEO, David Israelite, did not respond to an email about the MLC.