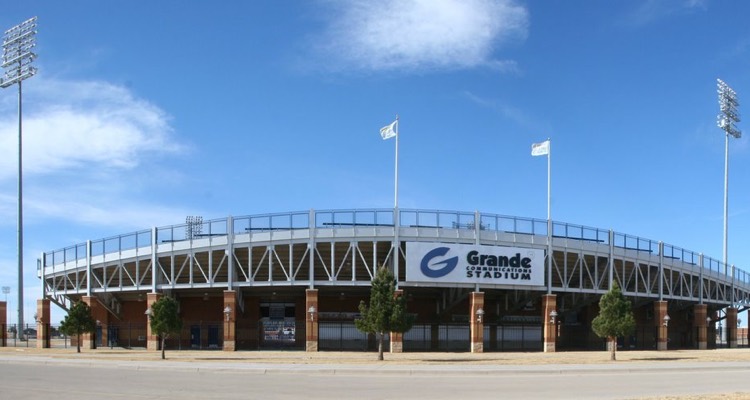 The RIAA goes all in against Grande Communications.

In its lengthy legal battle against ISP Grande Communications, the RIAA has filed a new complaint.  According to the trade organization, Grande has profited from repeat copyright infringers.  The RIAA claims infringers have become Grande’s most profitable customers as they use a costlier “a la carte” subscription.  The trade organization, representing several major music labels, filed a lawsuit against Grande Communications last year.  It has accused the ISP of “turning a blind eye to pirating subscribers.”

Rising Australian country music singer/songwriter Morgan Evans has announced his 10 in 10 Tour.  The star will perform in 10 cities in just 10 days.  Evans will kick off the tour on June 21st in Los Angeles.  He’ll wrap up on June 30th in Washington. DC.

Tina Tchen, Chair of the Recording Academy’s newly-formed task force on diversity and inclusion, has announced the names of 16 new members joining the force.  The Recording Academy oversees the Grammys, which became a focal point for discrimination following several controversial awards and comments from Academy president Neil Portnow.  Stephanie Alexa, Michele Anthony, Cam, Common, Sheryl Crow, Andra Day, Giselle Fernandez, Jimmy Jam, Beth Laird, Debra Lee, Rebeca Leon, Elizabeth Matthews, Dr. Stacy L. Smith, Ty Stiklorius, Julie Swidler, and Dean Wilson will serve alongside Tchen.  All members will volunteer their time and expertise.  According to the press release, none are employed by the Recording Academy or hold any position on its Board.

Sky Television has signed a deal with Riptide Music Group.  Under the new agreement, Riptide will represent Sky’s newly launched trailer music label, Wall of Noise, across the US and Canada.  The Wall of Noise catalog joins other names in trailer music already represented by Riptide.

Brooklyn-based indie rock group Big Thief has announced tour dates in the US and Europe in support of the band’s 2017 album, Capacity.  The tour kicks off in Boston on May 25th.  During the summer, the group will perform in Germany, Denmark, Switzerland, Holland, Portugal, and the UK before heading to Canada.  Big Thief will wrap up in Atlanta on October 25th.

Hip-hop artist J. Cole has announced a 34-date tour in support of his new album, KOD.  Produced by Live Nation and featuring special guest Young Thug, the tour kicks off in Miami on August 9th.  The tour wraps up in Boston on October 10th.

YouTube has announced that nearly 50 top creators on its platform will join its “Creators for Change” program.  47 creators – 31 of whom are new members to the program – will use $5 million pledged by YouTube to raise awareness about severe global problems.  The 47 creators, selected from around the world, will discuss the issues most relevant to their region.  Topics include xenophobia, hate speech, and extremism as they appear in different countries.

According to a new report, some Android users now have access to a picture-in-picture mode on YouTube.  The feature was previously available to subscribers of the video platform’s Red service.  The company has confirmed that it has started testing the feature on a few Android devices.

Jay-Z’s TIDAL has not only massively inflated its subscription numbers;  it may have also flat-out lied about the streaming numbers for two popular albums.

You can check out Digital Music News’ full coverage of the controversy.

Popular boy band BTS’ comeback show will air on the Mnet music channel on May 24th at 8:30 pm local time.  The group’s agency, Big Hit Entertainment, said that the performance will be made available for “real-time streaming by overseas online media” at the same time.  This will mark BTS’ first performance following the release of their highly-anticipated third album, Love Yourself: Tear, on May 18th.

Vertigo, a social media music app, has launched its own Snapchat-style stories feature called Song Stories.  The feature allows users to access Spotify or Apple Music from within the Vertigo app.  Song Stories allows users to mix visual and musical experiences into easily shareable moments with friends and followers.

CMT announces its nominees for the 2018 CMT Music Awards.

Rich Music LTD has signed a distribution deal with indie distribution and marketing company INgrooves.  Nominated for Latin Rhythms Label of the Year in 2017, Rich Music is home to Justin Quiles, DJ Flow, Dalex, and Magnifico.  Father-son team Rich and Josh Mendez founded the label in 2007.

Global music and entertainment PR agency Rogers & Cowan has acquired London-based marketing agency ITB Worldwide.  The deal gives Rogers & Cowan access to fashion brands and influencers.  ITB has been behind high-profile artist brand partnerships including Jamie Hince and Mango, H&M and Katy Perry, The Weeknd, MIA and Foxes, and Pharrell and GStar.  ITB Worldwide has retained its name and joins Rogers & Cowan as part of the Octagon Sports and Entertainment Network of agencies.

Sony/ATV remains atop Billboard Charts and wins Publisher of the Year.

Sony/ATV Music Publishing has published or co-published every No. 1 song on the Billboard Hot 100 Chart for 52 weeks in a row.  The company’s uninterrupted run comes at songwriter Drake achieved a fourth week at No. 1 with ‘Nice For What.’  Sony/ATV has been represented on the No. 1 song since May 2017.

Sony/ATV Music Publishing has also won Publisher of the Year at the BMI Pop Awards.  This marks the fourth time that Sony/ATV has won the award in five years.  Sony/ATV songwriters also received pop awards for 26 songs at the BMI Pop Awards.  The company’s winners included Camila Cabello, Alessia Cara, Luis Fonsi, Lady Gaga, Taylor Swift and Ed Sheeran, who also won Song of the Year for ‘Shape Of You.’

A second copy of The Beatles’ first demonstration single for Parlophone ‘Love Me Do’ has sold through Discogs for $10,553.  Released on October 5th, 1962, the record is one of only 250 issued with McCartney incorrectly spelled in the writing credit as McArtney.  Last October, the same variant of ‘Love Me Do’ broke the record for the most expensive 7 inch sold on Discogs, selling for $14,757.

Kellogg’s Chocolate Frosted Flakes has teamed with Simon Cowell’s new boy band, Prettymuch, to release the group’s first record on a record made completely out of Chocolate Frosted Flakes.  The edible and surprisingly playable “vinyl” record made from cereal and chocolate features Prettymuch’s latest single, ‘Hello.’  As part of the promotion, fans and media met the band and picked up the limited-edition chocolate records at a meet-and-greet in New York City.

Deezer has teamed with Radio Republic Indonesia (RRI) to offer soccer fans the chance to hear live matches from the Indonesian Football League.  The French-based streaming music service will start streaming the matches on May 12th at 6:30 pm JKT.  The partnership includes live football matches of Liga Indonesia Premier League and the 2018 World Cup from RRI.  Fans can also listen to additional sports and news programming from RRI PRO3.  Deezer will also stream traditional Indonesian music from RRI PRO4.

Featured image by OnInnovation (CC by 2.0)