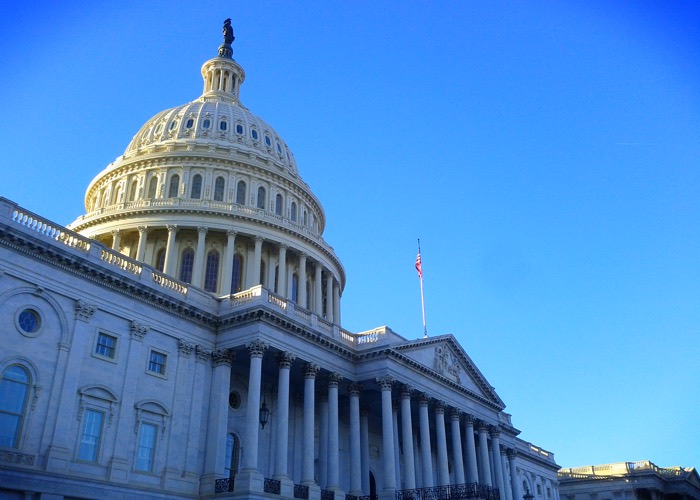 The Music Modernization Act (MMA) has officially been introduced into the U.S. Senate, with few changes to the House version.  That’s bad news for many smaller artists, but considered extremely positive for bigger players like Spotify, SoundExchange, and the NMPA, not to mention producers and oldies artists.

The Music Modernization Act (MMA) enjoyed an easy victory in the U.S. House of Representatives.  Now, a version of the bill has been introduced into the Senate, with most of the aspects favored by various music industry sectors.

The House version of this bill passed unanimously, 415-0.  That’s a power slam dunk, and a similar victory is expected in the Senate.

Specifically, the bill is S. 2823, though like the House version, it encompasses a number of smaller bills. That includes S. 2334, the ‘original’ Music Modernization Act, S. 2393, the CLASSICS (Compensating Legacy Artists for their Songs, Service, & Important Contributions to Society) Act and S. 2625, the AMP (Allocation for Music Producers) Act.

+ The Music Modernization Act Will Create a New Copyright Licensing Organization Called the ‘MLC’. What Will It Look Like?

“The introduction of the Music Modernization Act package in the Senate is a massive step forward for songwriters,” wrote David Israelite, president of the National Music Publishers’ Association (NMPA).  “The bill improves both how and how much songwriters are paid while increasing transparency and enabling digital music platforms to thrive.

“The MMA represents unprecedented consensus around necessary updates to how music creators are valued, and we look forward to seeing it become law.”

But this goes way beyond songwriters, with oldies performers receiving a huge break from the CLASSICS Act, while producers will substantially benefit from AMP (Allocation for Music Producers) Act.

“As the organization that represents music’s creators, the Recording Academy is grateful for the introduction of this comprehensive package,” emailed Daryl P. Friedman, Chief Industry, Government, & Member Relations Officer at the Recording Academy (which, among other things, oversees the Grammys).

“The Academy’s songwriter, performer, producer and engineer members in every state will advocate for passage of the Music Modernization Act and they thank Senators Hatch, Grassley, Whitehouse, and all the original cosponsors for their support of music makers.”

Sadly, that ‘consensus’ doesn’t include smaller artists and publishers, most of whom will lose money if the MMA becomes law.

Critics of the bill point to an extremely unfair compensation scheme for collecting royalties, one that automatically pays bigger publishers money on unclaimed royalties.  So, if a smaller artist doesn’t claim a work, that money vanishes after a relatively short period of time, while enriching mega-publishers like Sony/ATV and Warner/Chappell.

The current version of the MMA calls for larger publishers to collect all unclaimed royalties based on previous marketshare figures.  That will happen through a government-sanctioned body called the Mechanical Licensing Collective, or MLC.

In the case of SoundExchange, which is expected to take over responsibilities for the MLC, a very large percentage of non-interactive digital streaming royalties are unclaimed.  One source estimated that 25-35% of mechanical royalties paid the MLC under the Music Modernization Act will be unclaimed, largely because smaller artists will be unaware of the MLC’s existence.

That lack of awareness will likely be fueled by serious conflicts of interest among MLC stakeholders.

Specifically, industry critics note that an NMPA-controlled MLC will have little incentive to get the word out to unsigned or indie artists, simply because every unclaimed royalty ultimately goes to the NMPA after three years.  That has also been a problem at SoundExchange, though the reasons may be different.

Separately, insiders are also pointing to  a ‘no bid contract’ for SoundExchange, which is expected to assume responsibilities over the MLC.

The MLC board, which will be composed almost entirely of NMPA members or NMPA-approved songwriters, is largely expected to hand MLC oversight to SoundExchange, with a bidding process largely symbolic.

That’s unfortunate for mechanical licensing players like Music Reports or SOCAN, who could waste considerable resources competing for a position almost guaranteed to go to SoundExchange.  Just recently, SoundExchange’s CEO, Michael Huppe, orchestrated an acquisition of the Canadian Musical Reproduction Rights Agency (CMRRA), a move that may have been designed to meet the specifications of the soon-to-be-created MLC.

Michael Huppe, who has headed the non-profit SoundExchange for years, most recently received a salary of more than $1 million, according to IRS filings.

Then again, this bill is loaded with positives, including a level of licensing clarity that hasn’t existed in decades.

Producers and oldies artists are also getting relief, while tech companies and investors will be less freaked out going forward.  The bill also symbolizes a level of coordination that seemed impossible beforehand, which could pave the way for even greater legislative progress ahead.