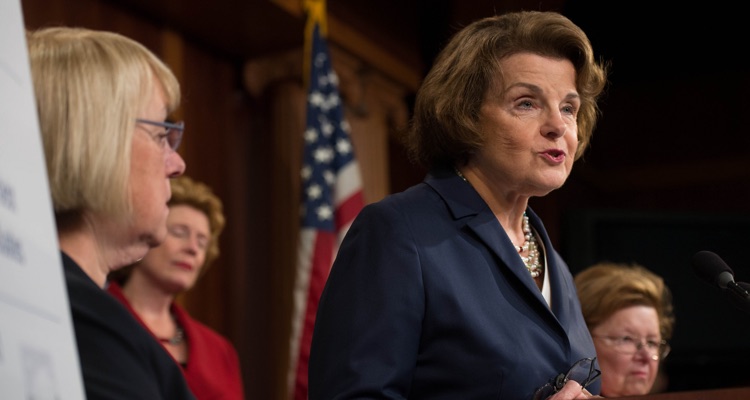 A suspect royalty payout scheme outlined in the Music Modernization Act is now getting extra scrutiny.

Last week, sources pointed Digital Music News to a rather suspect royalty payout scheme buried within the Music Modernization Act (MMA).  As currently written, the bill calls for all collected royalties to be held for just three years, then distributed among the largest publishers if not claimed.

Those unclaimed monies would then be divided based on agreed-upon marketshare percentages.  Which means that mega-publishers like Sony/ATV Music Publishing, EMI Music Publishing, Warner/Chappell Music, and Universal Music Publishing Group would potentially collect hundreds of millions in unclaimed royalties for works that don’t belong to them.

According to one estimate from a royalty collections expert, 25-35% the money paid to the government-created Mechanical Licensing Collection, or MLC, would be completely unclaimed.  The MLC is the government agency that would be formed to collect mechanical royalties once the MMA becomes law, with SoundExchange likely to ‘win’ a no-bid contract (or ‘fake bid’ contract) to run the organization.

Accordingly, insiders have been pointing to potentially disastrous results from this ‘old boy network,’ with the board members of the MMA-created MLC assuming a huge conflict of interest.

Specifically, the board members overseeing the MLC are essentially the same people that get paid when large amounts of royalties are unclaimed.  As a result, it remains against their interests to properly alert smaller rights owners and artists of unclaimed royalties.

“It would thereby steer money away from new and niche artists and those with less of a footprint in the industry, a completely backwards approach that will only exacerbate the industry’s challenges sustaining diversity, creativity, and breadth.”

In comments related to the MMA, the Senator mostly supported the Act, but raised a serious flag around the three-year scheme.  “This bill also seeks to address what to do with unclaimed royalties when an artist cannot be found,” Feinstein expressed in a hearing Tuesday.

“It establishes that after three years, royalties that go unclaimed get split 50-50 between music publishers and other songwriters – different songwriters than the ones that are due these royalties.  I’ve heard some estimates that these unclaimed royalties could be as high as hundreds of millions of dollars, so this indeed is a very big deal and requires a good long look.”

Separately, multiple critics are recommending that streaming services like Spotify require all royalty information on songs before posting them.  That simple requirement would dramatically lower the amount of unclaimed royalties, while greatly expanding awareness of the matter among smaller, unsigned artists.

Additionally, Spotify’s acquisition of Loudr could be used to better clarify mechanical publishing royalties and payouts.  But it’s unclear what role Spotify has in mind for Loudr at this stage.

For years, Pandora was sending hundreds of millions of non-interactive streaming royalty payments to SoundExchange, only to learn that giant percentages of those payments were never matched or paid to the proper rights owners.  Pandora eventually forged direct deals with many of the labels themselves, a move that unfortunately prompted dramatic declines in artist payouts.

Now, as SoundExchange gets ready to assume stewardship over the MLC, concerns of a rerun involving millions in unmatched royalties are being raised.  Not helping matters is the presence of huge salaries at the ‘non-profit’ collections group, with SoundExchange CEO Michael Huppe receiving $1 million-plus annually according to IRS filings.

The solution — at least for now — remains largely unsolved.

But Feinstein vowed to dig in.  “When looking at how to treat such a significant sum we need to ensure that legislation does enough to find the songwriter who wrote the music and who has claim to these royalties,” Feinstein described.

“Are these individuals properly protected and are there sufficient incentives in place to find the people that the money belongs to?  And that is a great question that I have in my mind.”