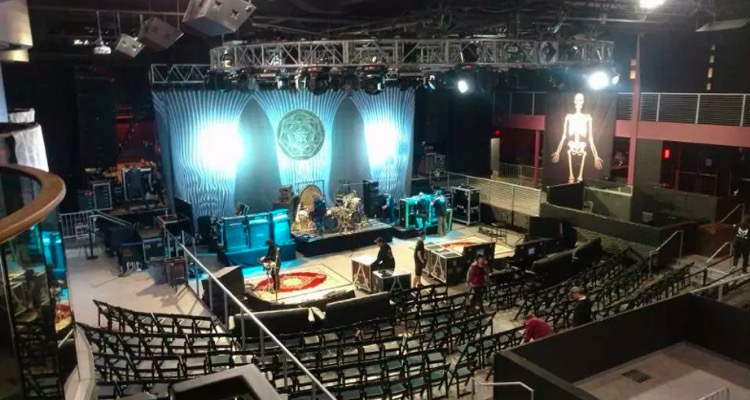 Tool is releasing a new album after 12 years.  Now, we know more details.

Its been awhile — 12 years to be exact — since Tool released their last album.  But a new album is definitely coming soon, a development that was reaffirmed by members of the group at a musical clinic in St. Paul, Minnesota.  That’s the first in a series of deep-dive clinics, with more ahead in Chicago, Indianapolis, Royal Oak, Columbus, and Cleveland.

In the St. Paul clinic, guitarist Adam Jones, drummer Danny Carey, and bassist Justin Chancellor promised to “walk attendees through a handful of the band’s songs, from the process of writing them to playing them live.”  And according to a group of Reddit fans who attended, that’s exactly what transpired.

The intimate event encouraged audience members to ask questions via an open discussion, as well as mingle with the band following the session.  Last month marked the 12-year anniversary of the group’s most recent LP, 10,000 Days.   Understandably, fans are eager to hear more about the upcoming release.

Confirmation of the long-awaited new album came during the Q&A portion of the event.

Simply stated: the group confirmed (or reaffirmed) that they would be releasing the album soon.  They also added that every song on the album is over 10 minutes in length.

Furthermore, the drum portion of the album is already fully tracked.  Bassist Justin Chancellor said that there are “plans to track the bass parts following Tool’s upcoming festival appearances, to be followed by Jones.  Maynard James Keenan’s vocals will be tracked last.”

The band also played fans a new passage  featuring  drummer Carey “on a modular synth going along with some politically charged vocal sample in the beginning.” The segue, which is similar to Tool’s “Merkaba”, will appear on the album, according to Jones.

Tool was also asked why they don’t often change up their live setlist, which prompted a pretty lengthy response.  Basically, a lot of it has to do with Maynard, who basically has the hardest job as vocalist — and needs something predictable while avoiding the most difficult songs (especially when there are hangovers involved).  Part II of that response is that the group simply can’t relate to a lot of their earlier, angry songs, with ‘don’t translate’ into who they are today.

Here’s a lot more on the Tool clinic on Reddit.  You can grab tickets to upcoming clinics here.

And, here’s a quick promo video for the clinic (which has some new music as well):