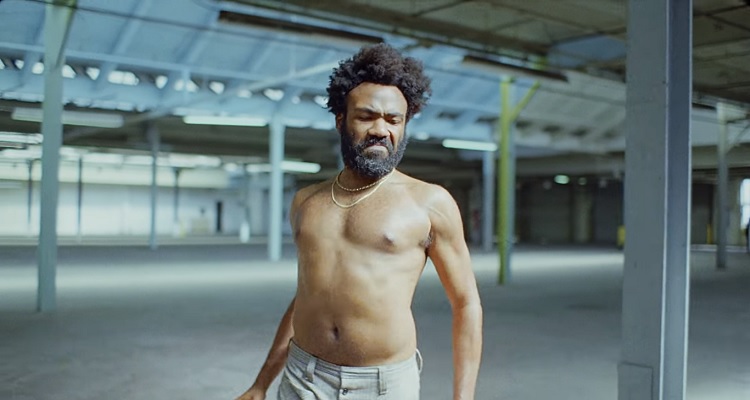 The reason for TIDAL’s fake streams?  A potential ‘data breach.’

Under heavy criticism for its alleged fake streams, TIDAL has shifted blame to a potential data breach at the company.  According to a statement issued earlier today, the company has enlisted an independent third-party cyber security firm to investigate the breach.  CEO Richard Sanders said,

“When we learned of a potential data breach we immediately, and aggressively, began pursuing multiple avenues available to uncover what occurred…  We have engaged an independent, third party cyber-security firm to conduct a review of what happened.”

You can read his full statement here.

Childish Gambino’s ‘This is America’ has reached No. 1 on the Billboard Hot 100.  Thanks to strong video streams, the single has also debut atop Billboard’s Streaming Songs chart dated May 19th.  Nielsen Music tracked 65.3 million US streams in the week ending May 10th, with video views accounting for 68% of all streams.

Sonos lets go of 6% of its workforce ahead of its IPO.

In a statement, Sonos said,

“Like any healthy business, we occasionally make adjustments to the size and structure of our teams to stay nimble and align resources with market opportunities.  Sonos is growing and profitable.”

You can read the full story here.

Thanks to YouTube Music, shares in Spotify, Apple, and Pandora fall.

Scooter Braun, manager for Ariana Grande and Justin Bieber, has urged artists in Nashville to support gun control.  Citing the Las Vegas and Columbine shootings, as well as the recent tragedy at a high school in Parkland, Florida, Braun – a gun owner himself – said at Music Biz 2018,

“This is Nashville: If you join me and agree that there should be serious, serious background checks for guns, and you agree with that and you’re willing to start making a vocal stance on that, please stand up. You guys can actually do something for this town.”

At the conference, Braun received the Harry Chapin Humanitarian Award.

Live Nation and real estate developer Stirling Bay have announced plans to bring an event and recreation district – with multiple venues – to the Lincoln Yards property of Chicago.  The promoter will invest and build several venues in the development and will be the exclusive entertainment partner for Lincoln Yards.  The venues will have a year-round schedule.  In the near future, Stirling Bay will announce the project’s corporate sponsors.

Warner Music has named Kate Logan as its new General Counsel of International.  Based in London, she’ll be responsible for the major label’s legal and business affairs outside the US.  Logan will report to Warner Music Executive Vice President and General Counsel Paul Robinson.

United Talent Agency (UTA) has signed Nicole Scherzinger.  The entertainment company will represent her worldwide in all areas.

Rights management company ole has announced that Robert Ott, the company’s CEO and founder, has sold his stake in ole to the Ontario Teachers’ Pension Plan, a founding equity partner.  He’ll continue to lead the company under a new term as CEO.

The ole catalog includes over 55,000 songs and 60,000 hours of TV and film music across all genres.  Copyrights include songs recorded by the Backstreet Boys, Beyoncé, Blake Shelton, Michael Jackson, and Rihanna, among many others.

The Momentum Music Fund has generated $17.5 million for the UK music industry.

PRS Foundation has revealed the findings of an independent study of the Momentum Music Fund for emerging talent.  The fund has generated £13 million ($17.5 million) for the UK music industry.  Initiated by PRS Foundation and Arts Council England in 2013, the Momentum Music Fund provides grants between £5,000 ($6,734) and £15,000 ($20,203) to acts for their creative and business development.

Audio electronics maker Skullcandy has announced the launch of ‘Now Feel This,’ a concert series dedicated to showcasing emerging artists.  The first set of concerts kicks off on May 18th in New York with a performance by punk band White Reaper.  Indie rock outfit Hinds will perform in San Francisco on May 26th.  Indie rock duo Now, Now will also perform in San Francisco on July 28th.

The BRIT Awards makes a sizable donation to support mental health in the music industry.

The BRIT Awards has made a donation of £250,000 (around $336,600) to Mind, The BRIT School, and Music Support.  The funds will be distributed through The BRIT Trust, BPI/BRIT Awards’ charitable arm.

As an official BRITs charity partner, Mind, a mental health charity, will receive £200,000 (just under $269,500) as a contribution towards its pilot Whole School Approach to mental health program.  The BRITs/Mind partnership will also promote the importance of mental health and wellbeing across the music and performing arts sectors.

Study finds that music or a second language makes your brain much more efficient.

Researchers at Baycrest’s Rotman Research Institute have found that musicians and people who are bilingual use fewer brain resources when completing a memory task.  Published in the journal Annals of the New York Academy of Sciences, people with either a musical or bilingual background activated different brain networks and showed less brain activity while completing a task than people who only spoke one language or didn’t have formal music training.

Elton John has joined song data hub Auddly as an ambassador.  Speaking on the need for the music industry to solve metadata issues, he said,

“It’s time to realize that we need to manage our metadata more efficiently to overcome the challenges preventing creators from getting paid correctly, and I support Auddly in its efforts towards a more sustainable music industry”

After two years of negotiating, the Radio Licensing Music Committee (RMLC) has filed a petition in federal court to resolve its ongoing rate dispute with performing rights organization BMI over the amount paid to songwriters and publishers for the broadcast of music.  Responding to the filing, Mike Steinberg, BMI’s Executive Vice President of Licensing and Creative, said,

“BMI has spent more than two years attempting to negotiate a new rate with the Radio Music License Committee (RMLC) that fairly and accurately reflects the scope and quality of the music we represent.  As anticipated, the RMLC is trying to use a below-market rate they negotiated with the only US PRO they were able to come to an agreement with; an agreement based on flawed market share data and one that has since been made irrelevant by newly-agreed to and adjudicated rates in the marketplace.”