33.6% of People That Go to Music Festivals Like to Have Sex at the Festival Itself 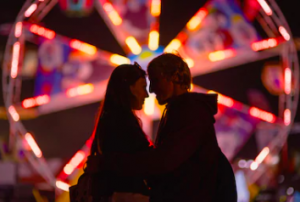 Rave and chill anyone? Being surrounded by good music, hot people and being under the influence is a simple recipe for some intimate and romantic actions at a music festival.

Having a festival fling is actually a thing, however, the “free love” vibe isn’t for everyone — especially if you’re easily turned off by tight spaces and unpleasant body odors.

But according to a few surveys by tickpick.com, out of 1,000 past festival goers, roughly 50.2 percent are open to having a weekend fling.  Even more impressive: 33.6 percent have actually participated in sexual relations with someone else.

Some of the most popular festivals for having sex are Burning Man, Ultra, Bonaroo, EDC, Coachella, Austin City Limits, Okeechobee, SXSW, iHeartRadio and Electric Forest.  Most of these festivals offer onsite camping, which makes it easier for attendees to have sex during the festival. 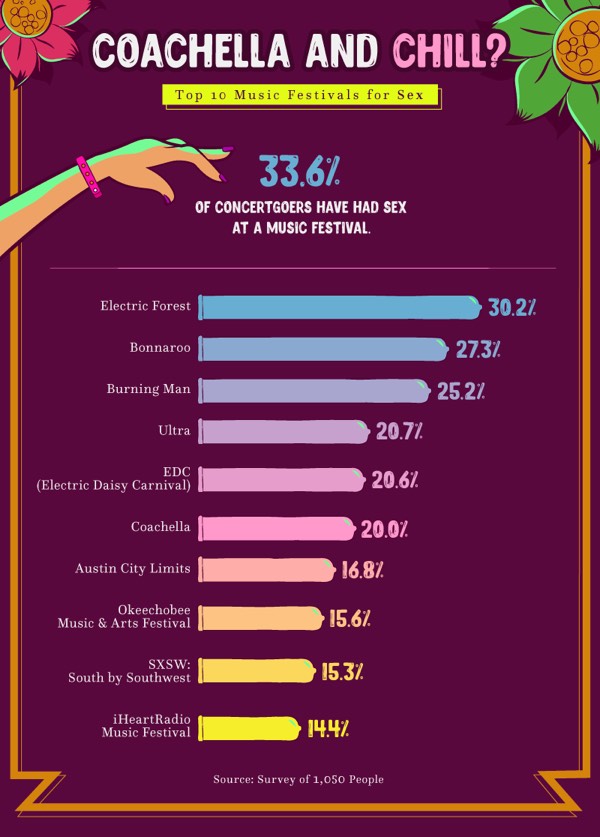 “Just met an awesome girl; we had sex in my tent, and we continued to hookup throughout the weekend,” admitted a 36-year-old festival attendee to tickpick.com.

Apparently oral sex occurred more often than intercourse at music festivals, with an average of 46 percent of attendees participating in the action. Burning Man took the lead on this category followed by Electric Forest then EDC and iHeart Radio Music Festival in last. However, with EDC’s new camping option, this may elevate the number of sexual encounters.

“I was working as a volunteer at a music festival and had a girl flirting with me while working at the ticket booth. Later in the festival, I bumped into her and a friend at one of the sets. We sat together for the show and she started flirting with me, then rubbing on me, then eventually she performed oral on me while the band was playing. Her friend was watching the whole time.” 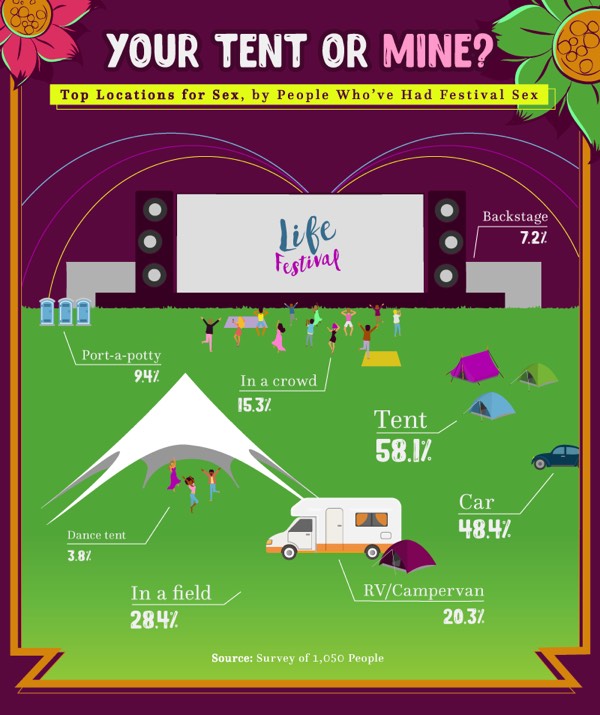 “We snuck off into the field and had wild sex while people were passing by. It was fun, enticing, high adrenaline, and pure ecstasy,” said a 29-year-old festivalgoer.