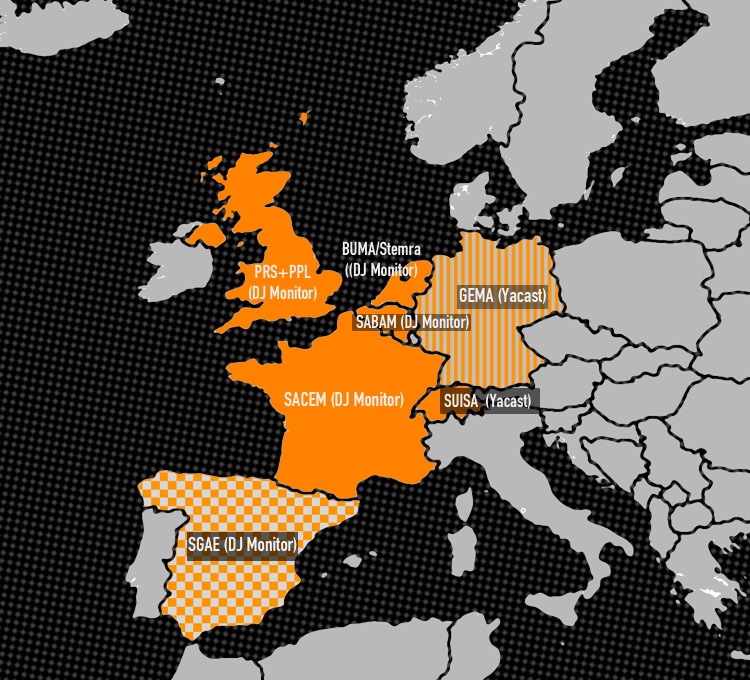 One of the biggest challenges confronting the music industry is simple recognition.  If a song is played, is it actually recognized, processed, and paid?

In the U.S., that’s a serious question on the streaming side, where some estimates peg unrecognized mechanical licenses in the 25-35% range.  But worldwide, serious concerns also surround the recognition of in-venue plays, particularly at clubs, festivals, and other locations.

Welcome to the fast-growing sector of in-venue Music Recognition Technology, or MRT.

It starts with the basic premise that nearly every song can be recognized using fingerprinting or other matching technologies, and those matches can be relayed back to every relevant party, including PROs.  The end result is that artists, labels, composers, and songwriters receive far better royalty payments, instead of losing the money in unmatched piles.

The concept of automatic music recognition has been with the industry for decades.  By the early ‘90s, Broadcast Data Systems (BDS) was a widely-deployed solution for automatically recognizing songs played on radio stations in the U.S., using previous technologies deployed in military combat.  These days, huge PROs like ASCAP rely on companies like Mediabase to help identify and pay artists on radio plays.

And most music fans are familiar with the magic of Shazam, now owned by Apple.  These days, it’s increasingly difficult to stump Shazam, and its recognitions have reshaped everything from A&R to music discovery and even producer/artist collaborations.

That evolution is now impacting venues like clubs, where a large percentage of songs are frequently missed — and unpaid.  Even decades after the core technology for audio recognition has been invented.

The result is that artists receiving a lot of plays in clubs aren’t getting properly paid, a situation that disproportionately impacts DJs and producers.  Even worse, the unclaimed songs often get paid to the wrong party after remaining unmatched for years.

Shockingly, a large percentage of clubs and festivals worldwide aren’t equipped with MRT technology.  Plays simply aren’t counted, and DJs and producers are the big losers.

That’s a serious market problem, though MRT solutions are increasingly gaining traction.  At this stage, clubs and other venues playing music can easily install hardware to recognize the plays, at very little cost.  Those recognitions are then compiled and relayed back to PROs, which incorporate these matches into their broader payouts.

Already, clubs and festivals are paying PROs a percentage of revenues.  An MRT solution simply helps to match that money to the proper rights owners, based on actual play data.

Currently, European countries, as well as Australia and New Zealand, are pushing most aggressively to solve this issue.  And on the technology side, DJ Monitor is leading this market.  The Amsterdam-based company, headed by Yuri Dokter, simply installs a rack-mountable, 19” device inside a club, and then proceeds to detect, ingest, match, and distribute information to various PROs.

That also applies to major dance events and festivals.  Currently, mega-events like Sensation, Mysteryland, and Amsterdam Dance Event (ADE) are all using DJ Monitor to report plays.  DJ Monitor is most specialized in dance and electronica, though its recognition technology applies to any genre.

Another serious player in this space is Paris-based Yacast, which already has important PRO relationships in Switzerland (SUISA) and Germany, where GEMA is in the initial stages of implementing an MRT solution.

The more players from those key segments are participating, the better the flow of royalties from venue-based recognitions to proper rights owners.

For starters, distributors can play a critical role by ensuring that all of their distributed catalog is registered with MRT solutions like DJ Monitor, thereby maximizing the chance of an in-venue recognition.  That forces the rights owner to properly upload all relevant metadata for tech partners like DJ Monitor.

But PROs are also critical to this process, and some within the industry want mandatory laws to require PROs to ingest content from MRT providers.  Sounds like a good step, though judging from early adoption and interest across numerous PROs in various countries, that may not be necessary.

“As an aggregator, we know that if we don’t open the data gates, MRT won’t have any value.”

One early-moving distributor is Berlin-based Paradise Distribution.  The company first alerted DMN of the growing need to incorporate MRT in-venue recognition solutions, as well as the need for broader industry participation.  A few years ago, Paradise became the first distributor to deliver indie label metadata to Yacast, for example, and ensures that all of its labels and artists are recognized on all MRT systems worldwide.

“As an aggregator, we know that if we don’t open the data gates, MRT won’t have any value,” said Ralph Böge, CEO of Paradise.

Böge sees a huge opportunity to increase transparency by uncovering unrecognized and unmatched royalties.  That’s unfortunately a difficult task for many independent and unsigned artists, with major labels controlling a huge portion of this market – especially in countries like Germany.  “When we started delivering data to MRT systems, we realized it was an investment in a system that was uncovering unpaid royalties and making things more transparent,” Böge continued.

“We’ve always known that we needed to work independently from the major label-controlled market.  Especially here in Germany, where major labels own [German neighboring rights PRO] GVL. That’s been a disaster for our artists and labels, because of GVL’s system of building up reserves without using any technology to distribute the funds.”

Paradise’s MRT data also reaches GEMA, Germany’s main PRO and a critical player on the European performance rights stage.  Currently, GEMA’s implementation of MRT is very limited, with data from roughly 120 venues captured (out of about 4,000 nationwide), and just 2 hours of daily recognitions recognized.  That’s based on the GEMA’s infrastructure costs related to expanding its systems to ingest in-venue data, though undoubtedly that number will increase.

Other PROs are much further along, while a large number of countries have yet to implement serious MRT solutions at all.

The U.S. is unfortunately one of the laggards, even though recognition technologies are widely deployed across radio and television.  At present, neither ASCAP nor BMI, the two largest PROs in the U.S., have implemented venue-based MRT solutions. But both companies told Digital Music News that they are actively talking with potential partners on this front.

Other PROs in other countries are likely doing the same.  All of which means that rights owners, particularly on the independent dance side, are likely to receive bigger royalty checks in the coming years.  In many cases, they’ll also be able to double-check their in-venue royalties with their distributors, a nice verification that ensures that all songs are properly captured and paid.

We’d like to thank Paradise Distribution for partnering with us to make this piece possible, and helping to broaden awareness of venue MRT systems worldwide.