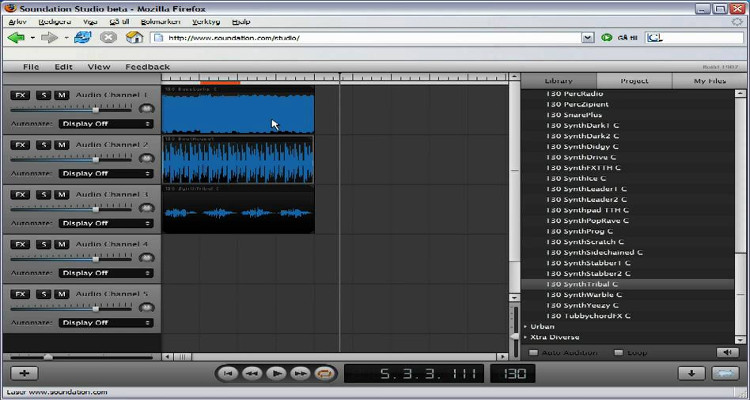 Soundation will use the funds to expand its browser-based producer platform — potentially democratizing music creation.

With a fresh $500,000, Soundation is now stepping up their mission to further democratize music creation.  The company provides users the ability to produce music directly in their web browsers.  It aims to “deliver the best service to anyone who wants to make music online,” with a mission to “facilitate musical creativity around the world.”

The Sweden-based online music studio was launched in 2009.  It currently has over 75,000 monthly active users each month, most of whom are in the United States.  Now, it’s time to expand that market further.

We’ve seen a lot of startups focusing on this niche, with varying degrees of success.  But across the board, music creation has become amazingly easily, with anyone capable of learning the ropes of production within a matter of weeks.  In some cases, a ‘casual’ creator becomes a professional overnight, with examples including Kygo and Post Malone.

Music production is now getting the attention it deserves.  Statistics published by the market research analysts at Technavio showed that the “casual users” market is expected to grow from $900 million in 2017 to $1.45 billion by 2021.

Soundation is accordingly gearing up, with investors sniffing opportunity. Its ambitious goal is to become the world’s premier launchpad for new producers.

The appointment of Swedish tech entrepreneur Adam Hasslert as CEO is one of the new changes in Soundation.

According to Hasslert, the latest financing involved existing and newer investors.  “This financing allows us to recruit a strong team, position the brand and increase the company’s value for the next step,” Hasslert relayed.

“Soundation has an amazing legacy that we look forward to building on by elevating the user experience and brand to the next level and taking advantage of its full potential. We are driven by enabling music creation for more people around the world. With the interest in music production increasing significantly, we see great potential.”