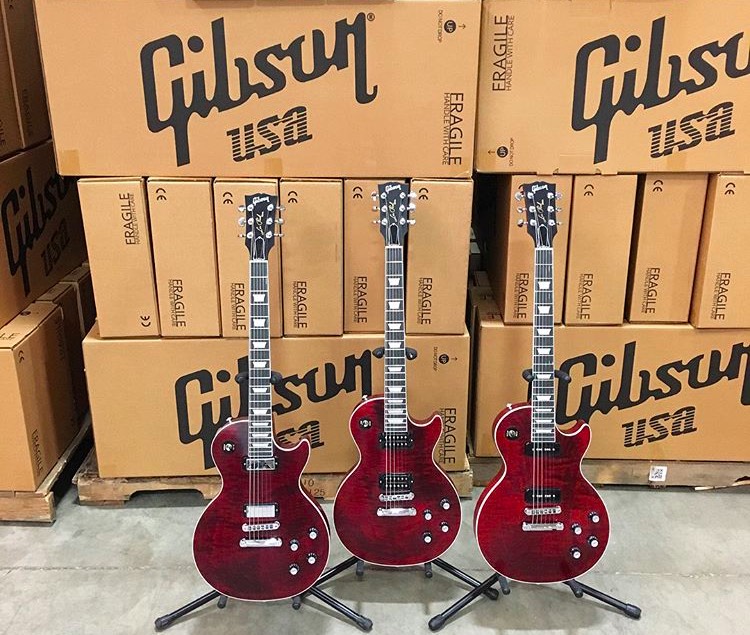 Gibson Guitar’s post-bankruptcy financing deal has been finalized — but this is a long way from being over.

It’s going to be an uphill battle for Gibson Guitar.  But at least there’s cash to keep the operation running for at least a few months — if not into 2019.

Last month, Gibson Guitar filed for Chapter 11 bankruptcy protection from a range of creditors.  As immediate remedies, the guitar maker agreed to liquidate its consumer electronics businesses and refocus on musical instruments.  It also started the process of divesting non-core assets and obligations, including a long-term lease on the Tower Records building in Hollywood.

The Tower Records lease highlighted a far broader issue of bloat and mismanagement.  The Tower Records building was barely being used to further the Gibson brand or sell products.  Instead, the lease was largely regarded as a historical preservation effort — one that protected a retail relic from a wrecking ball but did little to sell more guitars.

Now, the company has won approval for a financing package to keep the lights on while attempting to restructure.

In the plan, presented to U.S. Bankruptcy Court judge Christopher Sontchi, Gibson’s attorneys pointed out that the company has in the past month paid down $20 million in revolving debt.  But debtors argued that Gibson’s plan added millions in unnecessary costs, placed relatively unencumbered assets under liens, and exposed lenders to fresh liabilities.

Those concerns have largely been resolved.  Gibson, various bondholders and GSO Capital Partners have agreed to a $135 million restructuring loan.  The debtor-in-possession financing package followed at least two weeks of back-and-forth in the Delaware-based bankruptcy courthouse.

The “Final DIP Order” absorbs numerous revisions and compromises.  And, most importantly, keeps the lights on while saving some jobs.  The creditor class also includes asset-based lender Bank of America Merrill Lynch as well as Philips, their largest unsecured creditor.

The bigger question is whether Gibson can miraculously turn this ship around, or if guitars and physical retail are a thing of the past.  Indeed, the Gibson brand is far-reaching, but customers can just as easily purchase a cheap guitar from China.  In fact, broader guitar sales are plunging in the U.S., raising the possibility that Gibson may be forced into a niche category in the future.