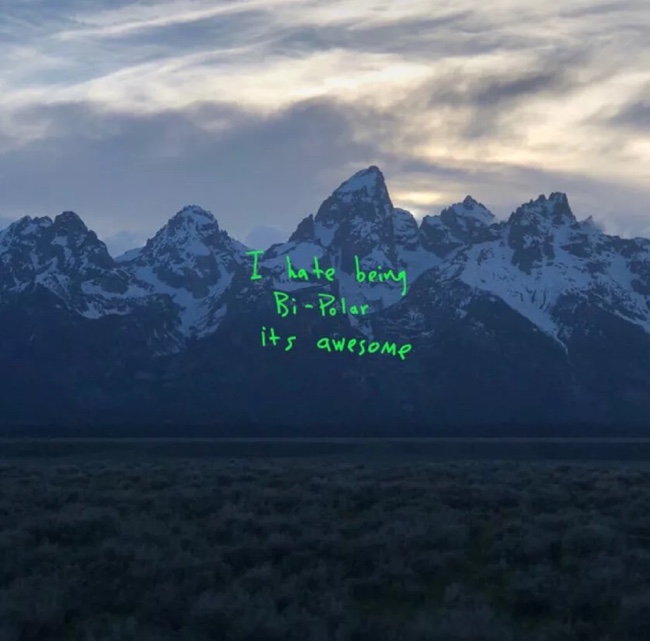 Kanye West’s Ye has moments of greatness and moments of mediocrity.  Sort of like the bi-polar theme that Kanye embraces.

Kanye West is a genius — at grabbing your attention with outrageousness.  But West is less a genius these days when it comes to the actual music.

People flew to Wyoming to listen to this 7-track album.  And they probably won’t be listening to it on the plane ride home.  This isn’t a great opus from the likes of Kendrick Lamar, J. Cole, or Childish Gambino.

It’s not ‘This Is America’ great.  Not even close.

Instead, Ye is a listenable album with a lot of hot and cold moments.  And there’s plenty of hot.  ‘Yikes’ is classic Kanye, and a reminder of just how talented this rapper is.  Even better, West embraces his bi-polar self-diagnosis as a ‘superpower,’ while owning his outrageously cocky declarations.

‘Violent Crimes’ actually reveals a sensitive father with some insights into the insecurities of parenthood.  Who knew.

Then there’s the cold.

“Ghost Town” is a slow-tempo, 50s-retro attempt that quickly turns into a train wreck.  Kid Cudi almost sinks the song with some off-key, somnambulant crooning — but this unlistenable pile gets even worse as the painful minutes go by.

Others, like “Wouldn’t Leave,” are forgettable.  “I Thought About Killing You” is a laughable soliloquy by West — for those that are into that kind of thing.

Oh, then there’s some lukewarm stuff in-between.  Like “All Mine,” which is a straight-ahead Kanye track.  If you love Kanye West, you’ll love this track.  Otherwise, it’s nothing special. 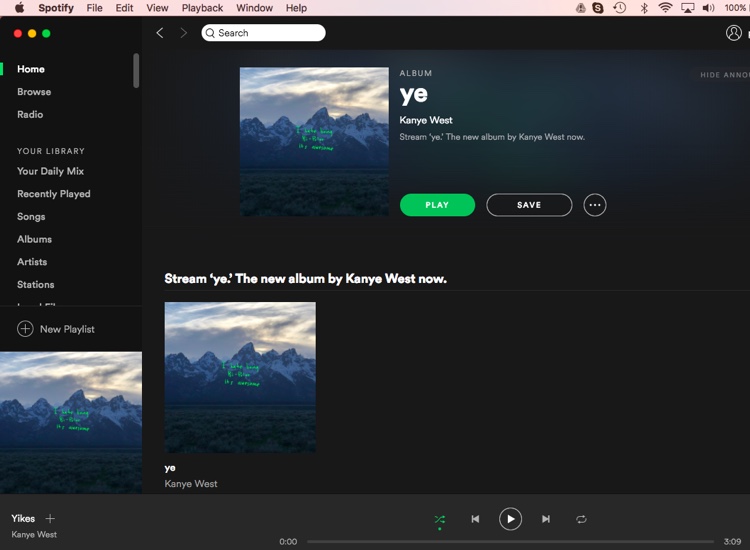 So yeah: this is a meh album.

You won’t be listening to this album in ten years, proclaiming its greatness.  You may even forget about it in 10 minutes.  Maybe one or two tracks will make one of your playlists — at best.

But you are listening to it (or at least reading this article about it).  Which is exactly the point: Kanye managed to actually push this album into the world and get you to notice it, which is almost impossible in today’s media-saturated monstrosity.

Kendrick Lamar gets you to listen to his music with Pulitzer Prize-winning excellence.  Kanye focuses a lot of his energy on just getting you to notice — at the cost of his creative output.

But it’s a strategy that works.  Spotify replaced my entire homepage this morning with this album — because they were pumped to get it (Tidal didn’t get an exclusive this time, thanks to a nasty dispute involving suspicious accounting).  And of course, Kanye has been priming its arrival with over-the-top, outrageous stunts — whether about Trump, slavery, or Whitney Houston’s bathroom.

It’s not about great music.  But it’s working for Kanye.