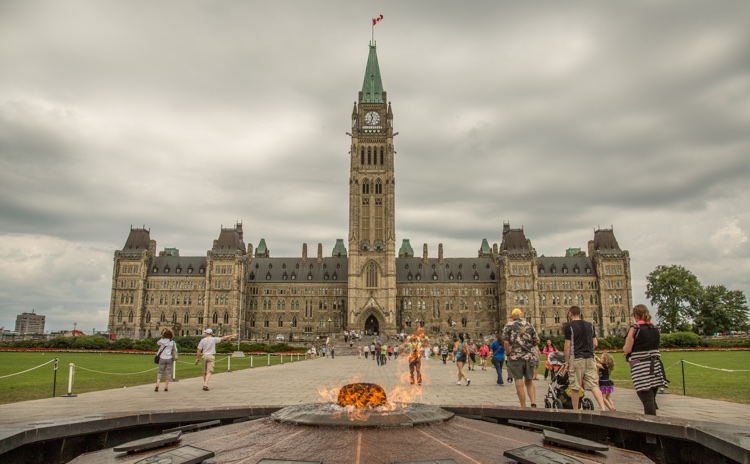 In response to net neutrality rollbacks in the United States, Canadian legislators are taking steps to protect internet neutrality nationwide.

The FCC’s decision to repeal net neutrality protections is prompting a rebellion from U.S. states.  But it’s also creating ripples in other countries, including neighbors Mexico and Canada.

Unsurprisingly, both nations are reacting by doubling down on net neutrality protections.  Up north, the Canadian Parliament has taken a strongly symbolic shift towards establishing a net neutrality law.

M-168 is not a formal bill.  But to quote the Parliamentary wording, “it is a motion aimed at encouraging Canadian lawmakers to acknowledge the country’s existing net neutrality protections, while also attempting to lay a foundation for the eventual inclusion of formal net neutrality protections in Canada’s future telecommunications and broadcasting legislative infrastructure.”

In other words, a resolution to codify and strengthen net neutrality into law.  Or, exactly the opposite of what the FCC has done.

The motion was supported by 277 federal MPs, all of whom voted in favor of adopting Liberal MP for Oakville John Oliver ‘s Private Members’ Motion — M-168.  No one opposed the measure, but the vote isn’t considered unanimous because of the absence of votes from 61 members of the House.

This also means that all three major political parties voted in support of the motion.

Canada actually has net neutrality protective legislation on the books.  But this would strengthen and clarify those rules: “We cannot rest on our laurels,” Oliver told members of the House.

“Requiring that net neutrality be a guiding principle in the review and update of these acts signals a clear commitment to placing consumers and content providers first,” Oliver continued. “That is a very important signal to send to the industry.”

Interestingly, Oliver pointed to the U.S. as an example of what Canada was trying to avoid.  “As our neighbors to the south try to save their own net neutrality regulations, I believe it is time for Canadians to address this issue directly and act to protect our own,” he continued.

Monica Auer, the executive director for Canada’s Forum for Research and Policy in Communications (FRPC), says that the lawmakers were perturbed about “the manner of control that’s exercised over that medium of communication,” of course referring the internet.  In an interview with MobileSyrup, Auer noted:

“I think it speaks to the fact that the internet is no longer a new medium. Internet is standard technology. It’s a standard tool and nearly everyone relies on it.”

We can surmise that the passing of M-168 is their way for making the government aware of net neutrality and its impact to its citizens.  But it also signals that everyday Canadians are becoming concerned about net neutrality, and likely to vote to protect it.

That wasn’t the case last year, though the FCC’s rollback is now creating lots of ripples — both inside and outside the U.S.