Sony Is The Latest Investor In Roli’s Totally Reimagined Keyboards 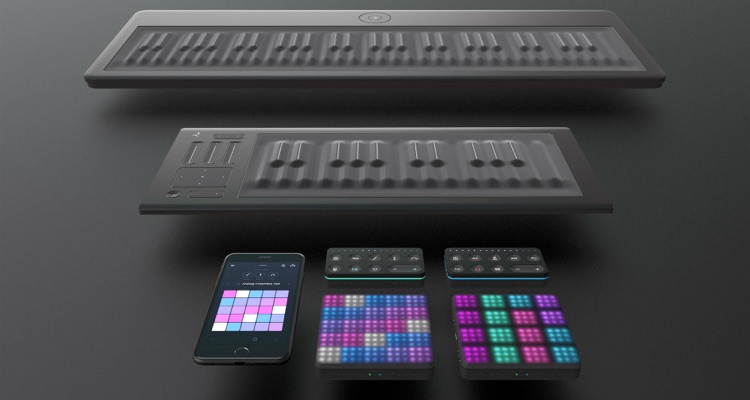 Sony has just been added to the list of investors of Roli, with a highly-strategic intent.  Roli, established in 2013, is best known for Seaboard, which now has several models.  Basically, the Seaboard remodels the piano keyboard as a pliable silicone surface that responds to touch.

So instead of traditional keyboard keys that are pressed, the Seaboard is better tapped or touched.  And the entire creation process is digital, with easy connectivity to smartphones.

The various models include the Seaboard RISE 25, Seaboard RISE 49, and Seaboard GRAND.  All are part of the company’s ‘Connected Music’ ecosystem, which also includes a range of hardware and software products.  Users can easily connect a number of different products, and these are all pretty portable devices.

Currently, Roli’s products are sold in over 15 countries, and the company has offices in London, as well as Los Angeles and New York.

The investment is being structured through the Sony Innovation Fund, which is Sony’s VC arm.  Sony, of course, is known for its vast range of audio hardware.  And of course, Sony Music Entertainment is one of the world’s biggest recording label organizations, making this an interesting strategic bet.

Other investors of Roli include Universal Music, Onkyo, Kreos Kapital, Horizon Ventures, Foundry Group, and Pharrell Williams (who is also the company’s chief creative officer).  Among many others.

Funds will be used to expand Roli’s range of software and hardware solutions.

Roli’s founder and CEO Roland Lamb is ecstatic about Sony’s investment for a number of reasons. When he was growing up, one of the first music products he ever owned was a Sony Walkman. He even took it on his first trip to Japan.  “We’re developing new music-making tools across hardware and software,” Lamb told TechCrunch.  “It’s part of our long-term plan to create the first totally integrated hardware-software platform for music creation.

Overall, Roli is playing in a fast-emerging niche of the music industry, one focused on the creation process.  That fits into the broader category of music education, an area that is being transformed by a range of new learning tools and non-traditional instruments like the Seaboard.  Indeed, making music has never been easier, even for relative novices.