After Years Of Hate, ‘Friday’s’ Rebecca Black Is Plotting a Serious Career Comeback 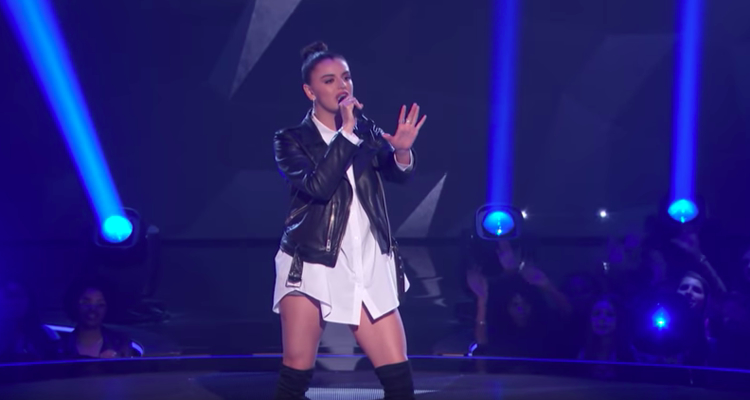 Rebecca Black is now planning a serious career comeback after years of hate on her first single, “Friday”.

“Friday” certainly made Black infamous.  But technically, it’s one of the most successful songs of the past decade.  “Friday” was the top video on YouTube in 2011, and it currently has 121 million views.  It even sold 40,000 downloads in its first week and hit No. 58 on the Billboard charts.

And every Friday, there’s a small spike in searches for the video (seriously).

Over the past few years, Black has continued to pursue music.  She even signed to an independent label, and later, YouTube’s Makers Network, releasing singles, covers and an EP titled RE / BL in 2017.

But maybe the comeback is finally coming together.  On Thursday, Black appeared on the Fox reality singing competition The Four: Battle for Stardom.  Her voice sounds a lot different than what it used to be in 2011 when “Friday” was released.

Yes, this is making us feel old.

The one-hit-wonder stunned judges when she stepped onto the stage for the season two premiere. A thrilled Meaghan Trainor recognized the “Friday” singer and asked Black to revisit her “legendary” story and viral hit.

“There were so many cool things that came out of it. But it also gave me a lot of setbacks. Because there were tons of people who didn’t love it,” said Black.

Black got to perform twice. First, she performed a slowed down version of the ‘NSYNC classic “Bye Bye Bye,” seeking approval from the show’s judges Diddy, DJ Khaled and Meghan Trainor.

They loved it.  Things got emotional.

“When I was 13, I had a song called ‘Friday,’ but I felt like that song has defined me for so long. I am so much more than that. I felt like there was a 13-year-old little girl stuck, so trapped for so long thinking that no one else would ever be able to look at her differently,” Black told the crowd and judges while holding back tears.

Black got to challenge one of the show’s other contestants, James Graham, in a sing-off, singing Natalie Imbruglia’s “Torn”. Black’s opponent picked Donny Hathaway’s “A Song For You.”  Although the other contestant won in the audience vote, everyone was still surprised to hear how great Black sounded.

After her performance, Black tweeted,

“I could not be more grateful for the platform you guys gave me to just be who I truly am and to do what I love more than anything else in the world. What a huge weight lifted and I cannot wait to show you what’s to come.”

During an interview with BBC Radio 5, the 20-year-old admitted that it took her years to get over the trolling she received for “Friday,” which was dubbed “the world’s worst song” by critics.  It was one of YouTube’s most disliked videos, attracting thousands of comments from internet trolls.

“I saw everything. When I started reading those negative comments I just couldn’t stop — I just kept going and going and going,” said Black while admitting it hasn’t been easy shaking off the abuse. “People commenting don’t think a real person has to read this and move on with their day.”

Black revealed, “I saw it the minute it went on YouTube like everyone else. We thought, ‘it’s not like this is going to go anywhere.’ It’s not like I thought the whole world was going to see it and pick it apart.”

“I felt like I had the biggest ‘kick me’ sign on my back and everyone was just lining up before they’d even looked at me,” said Black. “I just had to breath it all in, suck it up and be good. And doing that while everyone is just constantly ripping away at every piece of you, you are left with bones, you’re left with nothing.”

Despite all the hate, Black eventually decided to resume her career in music and released The Great Divide in 2016.  She describes her latest single, “Satellite,” as more authentic and is “proud to put my name on it and feel like it is absolutely me.”

Black is finally silencing the haters with her new music and improved voice, which we might add is actually good.

There’s also a badge of honor that comes from being an internet punching bag for so long — and being so cool about it.  In fact, Black has a permanent place in our collective memories, with name recognition that marketers die for.

It looks like this is just the beginning for the “Friday” singer.  We’re looking forward to seeing what other projects she has up her sleeves.

On that note, happy Friday!