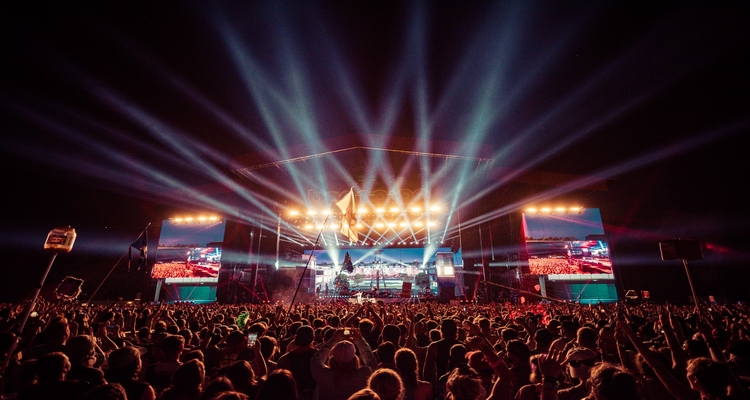 This year, Bonnaroo has been cursed with a series of unfortunate events including deaths, carbon monoxide poisoning and random gunshot noises.

While music festivals are supposed to be a fun and safe place for music lovers, there’s always a risk something may go wrong.  Now, it seems like everything is going wrong at this year’s Bonnaroo.

As the weekend wound down, four paramedics working at Bonnaroo Music & Arts Festival have been hospitalized for possible carbon monoxide poisoning. Lucky Knott, Coffee County Sheriff, revealed that it appears the exhaust of a generator used to power the recreational vehicle they were staying in was blocked. One of the paramedics woke up Monday and was able to get help.

“It looks like the exhaust somehow was blocked,” said Knott. “They are just very, very fortunate. Right now we are in hopes that ll four will survive.”

Three paramedics were airlifted to the hospital, while the fourth was taken to an area hospital. As of early Monday morning, at least 37 Bonnaroo attendees had been hospitalized by an ambulance and at least five had been taken by a medical helicopter, according to Bonnaroo officials.

The cause of his Craddock’s death is unknown, but investigators said foul play is not suspected. Bonnaroo was one of his favorite places, and he attended the festival every year with family and friends.

Then, there were the random episodes of panic.  Gun control is obviously a big issue and a sensitive topic for many, so it didn’t help that gunshot sounds started ringing out during the festival.

Eminem had performed at the music festival in Tennessee over the weekend, causing panic among concertgoers when one of his songs ended with realistic gunshot sound effects.

The hip-hop star’s decision to use the violent sound effects incited a backlash on social media, with many people saying the noises were inappropriate given the prevalence of mass shootings in the U.S.

Various videos were shared on social media of fans in the crowd screaming and seen ducking as the gunshot sounds go off at the end of Eminem’s song, “Kill You.”

Eminem’s spokesperson came out with a statement to TIME, defending the rapper.

“Contrary to inaccurate reports, Eminem does not use gunshot sound effects during his live show.  The effect used by Eminem is in his set at Bonnaroo was a pyrotechnic concussion, which created a loud boom.  He has used this effect — as have hundreds other artists — in his live show for over 10 years, including previous US festival dates in 2018 without complaint.”