How a Desperate Girlfriend Nearly Destroyed This Musician’s Career 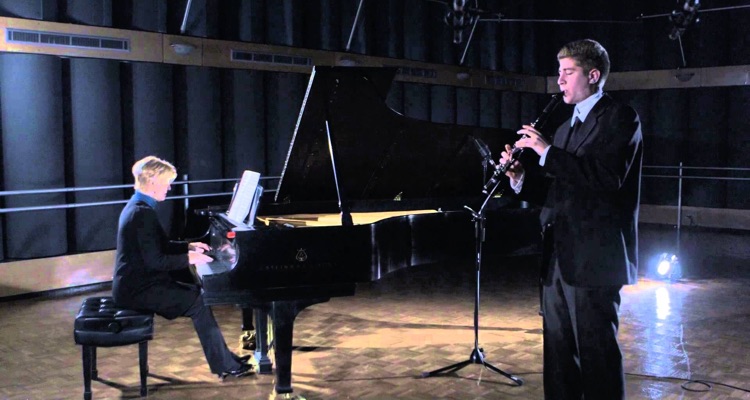 A tale of bitterness, jealousy, betrayal, and music.  And a clarinetist’s career completely sabotaged.

Eric Abramovitz had the opportunity of a lifetime four years ago.

Considered one of the top clarinetists in Canada, he had applied for a two-year scholarship in Los Angeles.  Abramovitz had wanted to complete his bachelor’s degree at the prestigious Colburn Conservatory of Music.  Selected students would receive a full scholarship worth around $50,000.  Abramovitz would be covered on tuition, room, and board as well as meals and other expenses.

Abramovitz would also study under legendary clarinetist, Yehuda Gilad.  Out of hundreds of applicants, Gilad only chooses two.  So, Abramovitz got on a plane and performed before Gilad and other faculty members in February of 2014.

Moved by the performance, Gilad personally sent him an e-mail with great news – he had been chosen.  Abramovitz had dreamed about this moment since he was 7 years old.

There was just one problem.  His live-in girlfriend didn’t want him to study there.  So, with a single e-mail, she ruined it all.

His girlfriend just couldn’t handle the thought of separation.  So, she torpedoed his future.

Jennifer Lee had lived with Abramovitz since September of 2013.  Both were up-and-coming musicians at McGill University in Canada.  Abramovitz had apparently trusted her so much that he let her use his laptop.  He also gave her all of his passwords.

Once Yehuda Gilad’s message reached her boyfriend’s e-mail account, Lee became afraid.  She didn’t want Abramovitz to move away and potentially end their relationship.  So, Lee used her boyfriend’s account to reject the offer.  Posing as Abramovitz, she wrote that he would “be elsewhere.”

Not content with a simple rejection e-mail, Lee panicked and took things a step further.  She set-up a separate e-mail address, posing as the famed clarinetist – [email protected].  Writing as the famed clarinetist, she wrote her boyfriend an e-mail.  The Colburn Conservatory of Music had not selected him.  Even worse, Lee (posing as Gilad) offered Abramovitz $5,000 a year to study at USC.  She knew he would say no.

Devastated, Abramovitz stayed at McGill University.  He simply couldn’t afford to pay $51,000 to study at USC.  Several months after, the Canadian clarinetist broke up with Jennifer Lee.  She had become “too intense.”  But, he didn’t know about the deceptive e-mail.

Once he finished his studies, Abramovitz went to USC and paid the expensive tuition fee to study part-time under Yehuda Gilad.  At one point, he asked the famed clarinetist,

“Why did you reject me?”

After forwarding the fake e-mail to his mentor, Gilad reportedly told him,

“I’ve never seen that in my life.”

Abramovitz and a friend decided to investigate.  They eventually found out about Lee’s deception.  That’s when he took his ex-girlfriend to court.

Abramovitz immediately filed a lawsuit against his ex-girlfriend.  He sued for $300,000 ($227,000 in US dollars) in damages, including reputation, loss of an educational opportunity, and two years’ worth of income.

In his lawsuit, he outlined a detailed “what if” life trajectory.  The legal argument apparently convinced the court.

Earlier this week, Ontario Superior Court judge David L. Corbett ruled against Lee.  Outraged, he awarded Abramovitz an additional $50,000 (close to $38,000 in the US) “for her despicable interference in Mr. Abramovitz’s career.”  He wrote,

“I cannot speculate as to how high and how quickly Mr. Abramovitz’s career might have soared, but for the interference by Ms. Lee.  But the law does recognize that the loss of a chance is a very real and compensable loss.”

Lee didn’t respond to the lawsuit.  In fact, she never filed a notice of intent to defend herself.  So, Abramovitz may never collect the money.  He has no idea where she is.

After finding out about the case, Yehuda Gilad expressed his profound disappointment.  He told the Montreal Gazette,

“I am very frustrated that a highly talented musician like Eric was the victim of such an unthinkable, immoral act that delayed his progress and advancement as an up-and-coming young musician and delayed his embarking on a most promising career.”