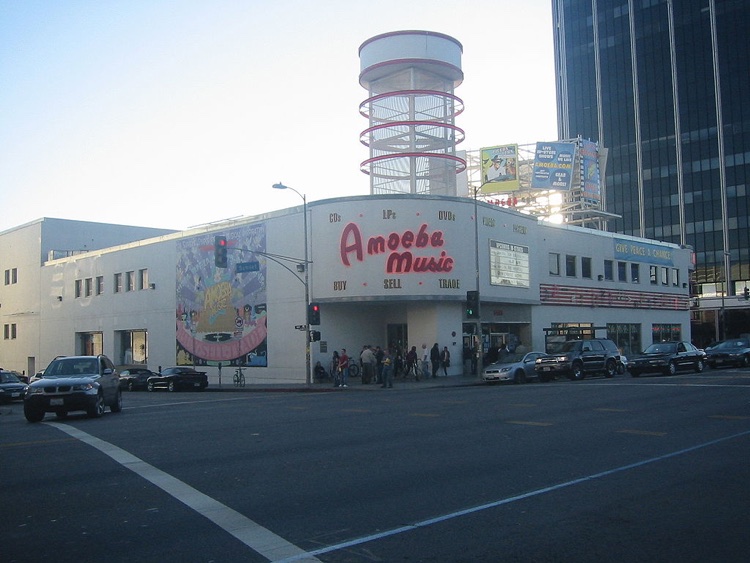 Amoeba Music isn’t going away — in fact, it’s moving just down the block.

The legendary Los Angeles record store currently sits on Sunset Blvd.  It’s been in that location since it opened back in 2001. But the current location’s lease is up early next year, so Marc Weinstein and Dave Prinz, who both co-own the store, are seeking a new building.  Additionally, they’re trying to secure a marijuana dispensary permit for the forthcoming new location.

The record store was sold for $34 million back in 2015 to a holding company that had an association with GPI Companies.  Accordingly, GPI is planning a more lucrative high-rise on the current Amoeba location.

The Berkeley branch was approved for its marijuana dispensary. The Hollywood branch is next.

University of California graduated its students on May 10th.  That same day, Amoeba’s Berkeley branch opened its marijuana dispensary called Hi-Fidelity.  Hi-Fidelity is focused on customer service, with an emphasis on environmentally correct products that are independently grown.

“We always favor the small business over the corporate entity,” Weinstein told Variety, who first tipped the story. “We’ve already seen it by helping each other.”

+ 83% of All Music, Film & TV Piracy Is Motivated by a Lack of Paid Options, Study Claims

Weinstein says that the company will “be diligent” in acquiring the proper marijuana dispensary permits for Los Angeles as soon as it moves into its new location.  Weinstein and Prinz add that obtaining a permit would’ve been much easier to do in West Hollywood.  They looked at multiple locations there.  But they ultimately decided that their loyalty to the Hollywood area far outweighed moving to West Hollywood.

Music streaming has actually helped the growth of Amoeba Music — at least when it comes to vinyl.

Once upon a time, the growth of music streaming seemed to spell the death of physical products.  Instead, vinyl has actually made a huge comeback in recent years.  CDs have tanked, but maybe there’s a retro fad for that, too.  Amoeba says that the streaming boom has actually aided their recent success.

“Some people take advantage of all the homework they can do in today’s advanced technology, and then go out and buy a physical copy,” Weinstein continued.  “Each format presents a different listening experience.”