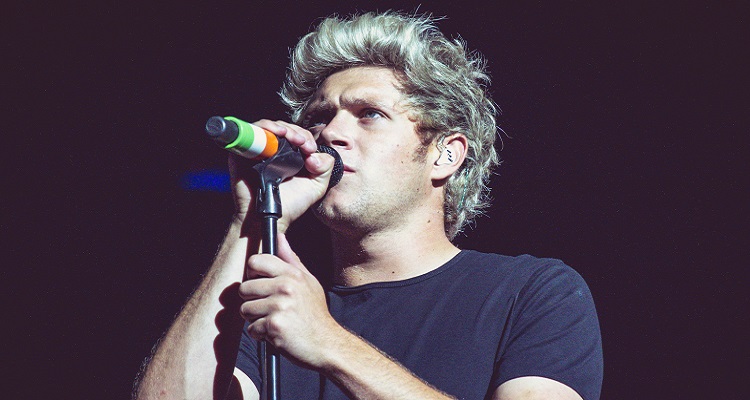 Niall Horan’s debut album, Flicker, has reached over one billion streams on Spotify.  The album came out on October 20th, 2017.  On Instagram and Twitter, Horan thanked fans for their support.

”This is an album that I spent 18 months making.  It was an emotional experience, it was a lot of long, long hours grafting in the studio and trying to get as much out of myself as possible.  The way that this album has been received has been incredible.”

Universal Music Group and All Def Media (ADM) have announced an expanded partnership.  Both companies will work together to develop long and short form video content, live events, and social media content.  ADM will also broaden its programming and marketing relationship with UMG.

Amoeba Music will move its Los Angeles store to a new location within blocks of its 6400 Sunset Boulevard location.  The company will also seek a marijuana dispensary permit for the new location.  Just recently, Amoeba in Berkeley opened a weed shop — where the jazz and classical bins used to reside.

AT&T has announced that it has officially completed its acquisition of Time Warner.  The deal brings Warner Bros., CNN, HBO, and Turner under AT&T’s control.  AT&T will reportedly establish a new name for its conglomerate media business at a later time.

A British court has handed 5 three-year Criminal Behavior Orders (CBOs) to Notting Hill rap group, 1011.  The group – known for making violent music videos to intimidate rival gangs – can no longer mention death nor injury in their music.  1011 must notify police within 24 hours of releasing new music videos.  The group must also give 48 hours’ warning of any performance and recording.  The CBOs come months after 1011 pleaded guilty to arming themselves with machetes and baseball bats to take on a rival group.

Support Act has launched its Wellbeing Helpline for the Australian music industry.  The 24/7 free service – staffed by certified counselors – will help artists and professionals during times of hardship.

Sinitta, a British American pop star, has claimed that six men – most of whom were important music industry figures – sexually assaulted her.  The latest assault happened two years ago, when a millionaire stuffed his tongue down her throat.  She first made the stunning confession to her close friend, Simon Cowell, who later confronted two of the men.

Ozuna has announced the third run of US tour dates this year.  Produced by Elite Media & Marketing (EMM), the Aura 2018 tour will kick off September 7th in Atlanta.  The 29-city tour will end on December 15th in Greensboro, North Carolina.

Jean Claude Van Damme has lent his support for Ireland’s first-ever music festival for people with disabilities.  The Hollywood martial arts sent a video thanking the organizers of Ablefest.  Organizers expect over 2,000 children and adults to attend Ablefest in Meath on July 22nd.

34-year-old man turns himself in after killing a Dutch festival volunteer.

A man has turned himself in following a deadly hit-and-run accident at the PinkPop Festival in Holland.  The van collided into a group of people, killing a 35-year-old festival volunteer and injuring three others.  The man is being held on suspicion of manslaughter and attempted manslaughter.

Rolling Stone has promoted Jason Fine as Editor ahead of the company’s relaunch this July.  He will continue to oversee content and editorial strategy as well as operations.  Fine has served as Managing Editor of Rolling Stone since 2015.

Surfdog Inc. & Dave Kaplan Management (DKP) has promoted Scott Seine to President.  He had served as Executive Vice President and General Manager at both companies.

A 20-year-old festivalgoer passed away at the Firefly Music Festival yesterday.  Local police identified the music fan as Carolina Friedman of Philadelphia.  She was found unresponsive in a camping area at the festival.  Authorities don’t suspect foul play but haven’t released an official cause of death.