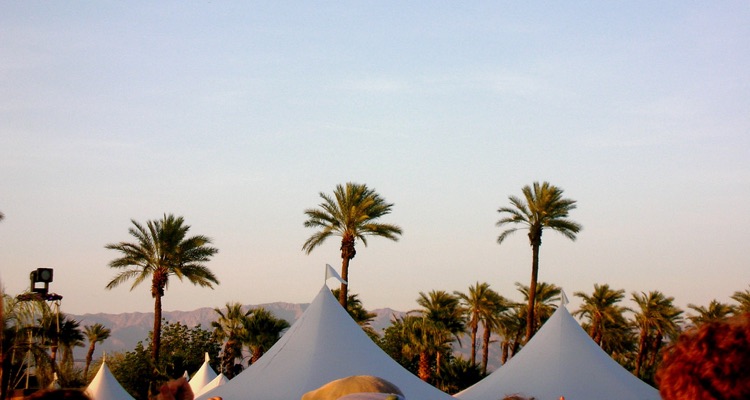 Coachella owner AEG is calling for an outright dismissal of its ‘radius clause’ lawsuit.  But you’ll never believe what’s surfacing in court documents.

Coachella is easily one of the largest, most popular, and most profitable music festivals in the world.  Arguably, it’s the most important event in North America, with massive artists routinely packing the bill.  And for developing artists, a Coachella slot is godsend.

Only problem: you’d better pray to God that you can survive the nearly six-month window surrounding Coachella.  According to court paperwork now surfacing in a lawsuit against Anschutz Entertainment Group (AEG), Coachella’s ‘radius clause’ puts extreme restrictions on artists who agree to play.

At first, court documents showed that Coachella’s clause was preventing artists from playing in another festival or themed event in neighboring states.  That included California, Oregon, Arizona, Nevada, Washington, with artists prohibited from playing festivals in far-flung cities like Seattle for nearly 6 months.

Now, according to documents first spotted by Amplify, the restrictions are actually much tighter.  In many cases, artists are prohibited from playing any North America festival for a period of nearly 6 months surrounding Coachella.  Specifically, the blackout period runs from December 15th to May 1st, with conventional shows also restricted.

Coachella is offering a number of important exceptions to that clause, however.  Mega-festivals like SXSW, Ultra Miami, and AEG’s Jazzfest in New Orleans are permitted, and Vegas gigs are also okay.  But ‘regular’ shows are flat-out prohibited in Southern California during the blackout period, and even festival dates in other US states outside of the restricted dates can’t be announced until after the Coachella lineup is revealed.

Even tour stops in California, Arizona, Washington, and Oregon can’t be promoted until after Coachella has announced its lineup.

We’re guessing that mega-superstars like Beyonce get some exceptions.  But the clauses seem to apply to pretty much everyone else, including acts on the level of SZA.

That’s obviously bad news for smaller festivals, many of which are getting bled by Coachella’s restrictions.

Just recently, independent Oregon-based festival organizer Soul’d Out Productions sued AEG for monopolistic practices.  According to the suit, AEG “use[s] their significant leverage” to benefit Coachella through anti-competitive business practices in violation of federal antitrust laws in Oregon and California.

The suit cites the radius clause, noting that the contracts are detrimental to smaller festivals like Soul’d Out Fest.  The Oregon festival is thousands of miles away from Coachella, but viewed as a potential competitor by AEG.

+ 33.6% of People That Go to Music Festivals Like to Have Sex at the Festival Itself

In its suit, Soul’d Out Fest cited an incident with the funk group Tank And The Bangas.  Soul’d Out booked the band to play its festival, and the band confirmed in September of 2017.  But they pulled out of the festival in January, citing the contract they signed with Coachella as the reason for the withdrawal.

SZA also declined to play Soul’d Out Fest for the same reason.

In response, AEG has strongly questioned whether radius clauses are illegal.  After all, artists can decide to play smaller festivals instead of Coachella if they feel the contracts are too onerous.  “The entire purpose of the radius clause is to protect AEG from competitors unfairly free-riding on its creative choices in selecting its artist lineup,” AEG’s attorneys argued.

“As more festivals proliferate, maintaining a unique festival lineup is crucial for Coachella to remain competitive.”

Accordingly, AEG is seeking a quick dismissal of the suit.

Of course, Coachella’s impact on the broader live music space is enormous.  And its impact on a developing band can be career-changing.  Just last year, Coachella became the first recurring music festival to gross over $100 million, with more than 250,000 attendees.