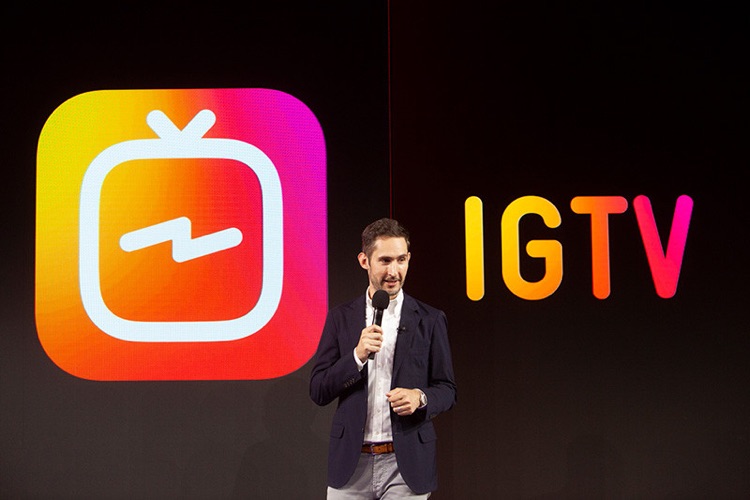 Just today, Instagram co-founder Kevin Systrom confirmed that the just-launched IGTV will include music monetization, embedded ads, and other paid components.  Even better, Facebook’s Rights Manager is already baked into the service, and primed to be activated by Christmas (though don’t hold them to that).

The rest is totally up in the air.   Speaking at VidCon, Systrom didn’t clarify if IGTV would feature pre-roll, mid-roll, or any other type of advertising.  Most likely, Instagram is still figuring out all the details, with subscription or even direct payments to marquee creators on the table.

“There’s no ads in IGTV today,” Systrom relayed earlier this week.  But it’s “obviously a very reasonable place [for ads] to end up.”

Perfectly vague, but one thing is for sure: all the money received will be shared, with Instagram and Facebook rolling out their version of ContentID.

For starters, that could mean shared revenues for massive music video catalogs, as well as a vast range of videos that include music.  And there are a lot of use-case scenarios here for music, running the gamut from sound effect clips to superstar releases, with IGTV just one of several places to make money.

Also worth noting: it looks like Instagram is also working on layering music into Stories.  This is still at the rumor stage, though monetization would likely include both background music and intentionally added clips.

Of course, these are still very ‘early days,’ specifically day two for IGTV.  And IGTV is still rolling out to hundreds of millions of Instagram users (that is, 800 million at last count).  In the coming months, expect to see Instagram performing endless tweaks, with users, celebrities, and disaffected YouTube celebrities trying this platform out.

YouTube’s videos are pretty much in a giant pile, though Instagram is smartly segmenting different types of visual content.

Short clips and Stories will remain on the mainline IG, while longer-form, more produced video will be neatly organized in the companion IGTV app.   And don’t forget Instagram Live.

Systrom also mentioned that IGTV could eventually blossom into something distinct from the current Instagram experience.

The vertically-oriented video platform certainly has the potential to chart a brand-new trajectory.  “We are re-envisioning mobile video with a new standalone surface that features longer videos and easy discoverability through channels, all in a vertical format that sits upright, in the palm of your hand,” the company shared.

But a connection to mainline Instagram will remain a powerful selling point.  Already, a huge bonus for creators is that Instagram followers are so easily accessible

Written while listening to TOKiMONSTA.