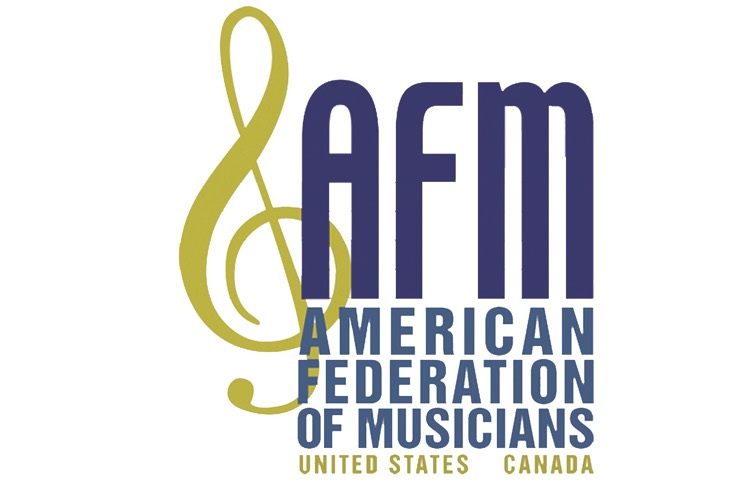 SAG-AFTRA and the American Federation of Musicians (AFM) face a massive class-action lawsuit for allegedly having a conflict of interest in their administration of streaming royalties.  Both unions operate the Intellectual Property Rights Distribution Fund, which serves union and non-union members.  According to musician/producer Kevin Ritso, SAG-AFTRA and AFM have collected a 3% service fee from the fund.  This, he claims, had led to a reduction in payouts.  Ritso alleges that the fund heavily favors both unions over artists.

Liberty Media won’t be buying iHeartMedia, after all.

Liberty Media has formally withdrawn its offer to acquire 40% of iHeartMedia for $1.16 billion.  The move came after the bankrupt company rejected the offer.  Citing the reason for the withdrawal, Liberty stated that iHeart had “results which were below expectations and negatively impacted our initial estimates of value.”

XXXTentacion funeral will be an open casket affair.

The family of Jahseh Onfroy – XXXTentacion – will hold an open casket funeral for fans on June 27th.  The memorial will take place at BB&T Stadium in Sunrise, Florida from 12:00 pm to 6:00 pm.  The stadium has a capacity of nearly 21,000.

Universal has launched a music restoration program.  Under the imprint Universal Pictures Film Music Heritage Collection, the company will preserve and restore movie music as well as release some scores as limited-edition soundtracks.  Universal has announced its first release – Michel Colombier’s music from 1970’s Colossus: The Forbin Project.

CD Baby is now opening offices in London.  Next door, the indie distributor has tapped Richard Orchard as director of market development for the EU.

Another rapper in Florida shot and killed.

Leon D’shawn Bennett, a local rapper in Jacksonville Beach, Florida, has passed away following a brutal drive-by shooting.  Better known as Lee Khan, Bennett succumbed to his wounds at a local hospital at around 2:00 am.  Police have no suspects.  Khan mostly rapped about guns, family, drugs, and his enemies.

Due to overwhelming attendance, Tana Mongeau, a popular YouTuber, shut down her own creator conference, TanaCon.  Over 20,000 fans waited outside to get into the conference, leading some to experience sickness due to the intense heat.  Mongeau has since apologized for the abrupt cancelation.  The YouTuber created the conference after VidCon reportedly snubbed her and didn’t give her a Featured Creator badge.

XXXTentacion’s ‘SAD!’ has amassed 17.4 million views on YouTube in the US across official and fan-generated content.  Juice WRLD’s ‘Lucid Dreams’ took second place with 15.4 million views.

A fan’s lawsuit against Kanye West and TIDAL advances.

A federal judge has allowed a fan’s lawsuit against Jay-Z’s TIDAL and Kanye West to proceed.  West had reportedly told fans that he would “never, never, never” make The Life of Pablo available on other streaming platforms.  Judge Gregory H. Woods said,

“Regardless of whether or not Mr West’s argument will persuade a jury at a later stage in the case, the court has little difficulty concluding that the complaint plausibly pleads that Mr West’s statement that his album would never, never, never be available on Apple Music or for sale was false.  These allegations constitute strong circumstantial evidence of conscious misbehavior.”

A Los Angeles jury has started deliberations on whether or not Dr. Dre and Jimmy Iovine owe $109 million in headphone royalties to a plaintiff businessman.  Steven Lamar reportedly gave Dr and Iovine the idea for Beats Headphones.  He had received a 4% royalty share on every pair of headphones prior to 2014, when Dre and Iovine bought out Lamar’s share and sold the company to Apple.

Kendrick Lamar wins the top prize at the 2018 BET Awards.

At the 2018 BET Awards, Kendrick Lamar took home the Album of the Year Award for DAMN.  Other winners included Bruno Mars, Migos, Cardi B, and Beyoncé.

The vinyl boom can’t save ‘em all.

Allans Billy Hyde, an Australian music retailer, has entered into voluntary administration.  The chain has collapsed in the past few months, leading to the closure of multiple stores.  According to a new report, the company owes a number of employees thousands of dollars in unpaid wages.

Putting an end to the ‘gig guide,’ Facebook has unveiled its ‘Local’ feature.  Divided into four sections, the feature offers a search option for restaurants, cafés, and restaurants close by as well as which friends have visited the selected location.  Users can also receive notifications for invitations to events.  Finally, Facebook has added a calendar feature.

Prepare for water-resistant AirPods with noise-cancelation.

Apple will amplify its audio device strategy for 2019. -The company will reportedly release high-end AirPods with noise cancelation and water-resistant technology.  Apple will also release an over-ear model.

5 Seconds of Summer, an Australian pop rock band, beat out The Carters’ Everything is Love to top the Billboard 200 albums chart.  Youngblood, the group’s third album, had 142,000 equivalent album units for the week ending June 21st.  Everything is Love had 123,000 units.