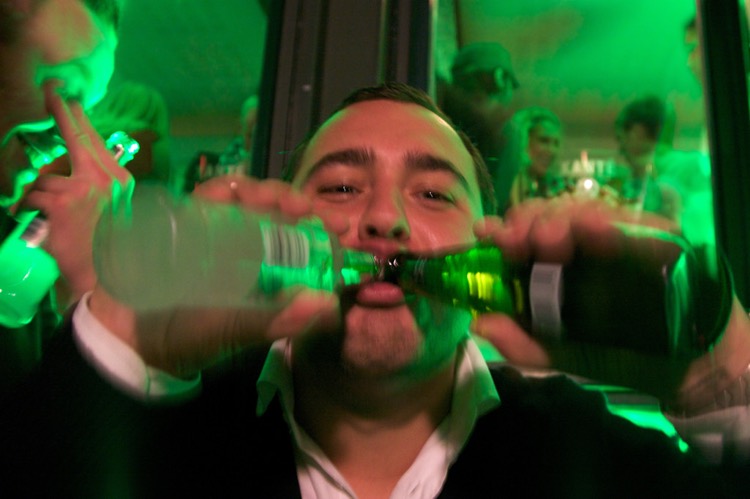 If you think Spotify is a speculative bubble, then you’re right.  But only if the company remains entirely reliant upon outside content owners forever.

Wall Street isn’t spiking Spotify’s stock because of its sucky financials.  That would be ridiculous.  It’s betting that in the future, the entire financial formula will change, just like it’s changing for Netflix.

Once upon a time, Netflix was just like Spotify.  Not anymore: approximately two weeks ago, Netflix’s market valuation surpassed that of Disney and Comcast.  Netflix is suddenly one of the biggest content producers in the entire world, with a built-in, paying audience of more than 125 million.

Spotify — and its investors — are smartly charting a very similar path.  That’s what’s locked in all those billions of bubbly valuation.

Spotify doesn’t need to become the label to win.  They just have to lower or eliminate the most costly parts of securing music from popular artists.  Which is why the streaming giant is extending overtures to fast-rising indie and unsigned artists, and offering them deals that are very hard to refuse.

+ Spotify Can Boost an Artist’s Royalties by $163,000 With One Playlist Add, Study Calculates

How do they find these artists?  In large part, they’ll simply use their own data, which offers critical insights into what’s trending and likely to explode.  Data can’t explain everything or predict every success.  But that’s like saying a car can’t drive you everywhere.  It’s still much better than a bicycle.

Whatever you call it, Spotify is arguably the next major label.  They won’t sign artists, control IP for decades, or demand 360-degree contracts.  But they’re just as powerful when it comes to securing brand-new content and using it to their advantage.

Spotify can make an artist famous overnight.  Just one marquee playlist add can spell tens of millions of streams.  Only a handful of artists dominate Spotify’s charts, mostly from the major labels.  But who says Spotify can’t cultivate their own winners?

But this doesn’t just impact major labels.  It’s also a huge iceberg ahead for indie labels.  You see, for decades, indie labels have been closer to the scene (or in rap lingo, ‘the streets’).  But now, the streets are almost entirely online — with Spotify’s servers a big part of the new urban grid.

Which means that one of the biggest competitive advantages that indie labels have is being directly threatened.

+ Spotify Is Hitting Labels Where It Hurts the Most: Brand-New Talent

That’s not to say that Soundcloud, YouTube, Apple Music, and Shazam aren’t also critical sources of data.  It’s just that Spotify’s data is just as important, and easily one of the most valuable sources of information in the music industry today.

Which is why Universal Music Group, Warner Music Group, and Sony Music Entertainment are extremely concerned.  We’ve heard scattered reports of a retaliatory strike against Spotify, with licensing terms a critical weapon.  The ‘big three’ just relaxed their licensing demands, allowing Spotify to present a stronger balance sheet to Wall Street.  But that hurdle is over, and Spotify needs to re-up.  There’s always another round of licensing negotiations ahead.

Meanwhile, indie label consortium A2IM is demanding that Spotify share its data.  But why would Spotify do that?

Richard Burgess, who heads the US-based group, explained it this way.  “The problem is that Spotify has data that we don’t have,” said Burgess. “They can see data before our labels can see it, so they have the opportunity to jump and make an investment on an artist that’s not a guess or based on gut, the way everyone here in this room has to work — it’s based on hard knowledge and facts.

“But we think that’s our data too, and we should have equal access to that data. Otherwise, it distorts the playing field in a very unhealthy way. We’re obviously having a lot of conversations with the DSPs right now about that.”

The comment offers a stunning glimpse into how power has shifted towards streaming giants like Spotify.   In the present market, Merlin-represented indies can comfortably make huge licensing demands, and get them.  Sure, there’s wrangling back-and-forth, but Merlin has the power to pull a lot of great music from Spotify if a reasonable middle-ground isn’t met.  They have a lot of leverage, which is the entire reason why Merlin exists.

But will they have that same leverage in the future?  Not necessarily, especially if Spotify is able to cherry pick the most promising new artists, and develop them accordingly.  And the way to conduct that cherry-picking is by identifying the best cherries to pick, using their own data intelligence to find them first.

Perhaps all this valuable data should be shared for the greater good of everyone.  But that’s a complete fantasy.  The music industry obeys the cut-throat rules of capitalism, where competitive advantages are protected and employed mercilessly against competitors.  Companies with better weapons, market power and strategies prevail; companies that lack competitive advantages lose.

And data is the most powerful weapon that Spotify has right now.