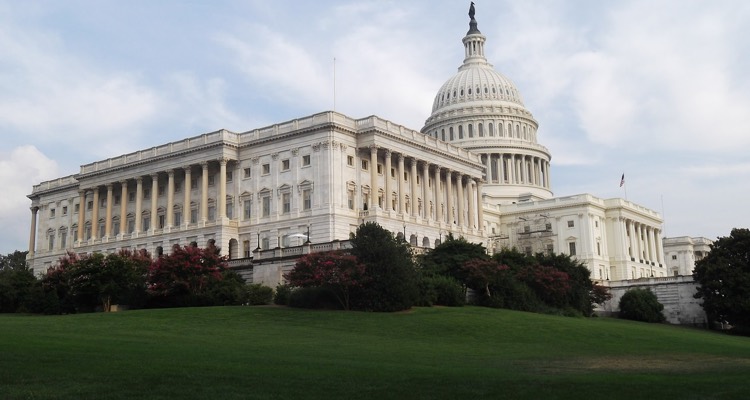 The Senate Judiciary Committee has just approved a markup of the Music Modernization Act, one that steps up transparency over the Mechanical Licensing Collective (MLC) — among many, many other changes.

The Music Modernization Act (MMA) just got a facelift — or at least some nips-n-tucks.  The Senate Judiciary Committee’s marked-up bill calls for greater transparency for the Mechanical Licensing Committee (MLC), and introduces stipulations related to the Department of Justice’s consent decrees that impact ASCAP and BMI.

There are also some changes that didn’t happen, which is likely to draw continued rebuke.

We’re just sifting through the updated revisions, which are considerable.  But given the changes, the House of Representatives will now have to re-approve the bill with the new modifications.  That is, after the broader Senate approves the measure.

It’s a little rough, but here’s a copy of the Senate’s marked-up MMA.  This is the markup that received a unanimous ‘voice vote’ in the Judiciary this (Thursday) morning.

It’s 169 pages of not-so-light reading, so grab an extra-strong brew and let’s dive in.

Here’s a quick look at the modifications to the House-approved Music Modernization Act.

(1) The Mechanical Licensing Collection, or MLC, will be subject to increased transparency provisions.  That includes requirements to share more information related to collections and administration activities, including its financials, song-matching database, and unclaimed royalty distributions.

(2) The CLASSICS Act, a contested bill related to pre-1972 oldies recordings, will remain in the Music Modernization Act bundle.  That could create some problems ahead, with a competing ACCESS to Recordings Act potentially threatening broader MMA passage.

(3) The U.S. Department of Justice will keep Congress apprised of various changes related to current consent decrees that dictate statutory royalty rates to ASCAP and BMI.  If the DOJ ultimately dismisses the consent decrees, then they would be required to notify Congress of the coming change.

Breaking all of these changes down…

(1) The Mechanical Licensing Collection, or MLC, will be subject to increased transparency provisions.

Instead of the previous rat’s nest of mechanical licensing chaos, the MMA establishes the Mechanical Licensing Collective, or MLC, to centrally handle all mechanical licensing.  That means that the billions of streams from Spotify, Apple Music, Amazon Music Unlimited, YouTube, and others will all flow through the MLC for US-based collection and payment.

As the MLC started to come into better focus, industry critics complained that a ‘no bid contract’ was likely ahead.  Thanks to a tightly-controlled MLC board, it currently looks like the government-created non-profit will be handled by SoundExchange.   But that collections agency, which currently handles non-interactive streaming royalty collections for recordings, has been dogged by some serious non-payment problems and outrageous executive salaries.

In particular, SoundExchange CEO Michael Huppe has been criticized for bagging an annual salary of over $1 million, according to IRS filings.  That type of payout is raising concerns over outsized ‘administration’ costs at the agency, and misaligned incentives.

In the Senate bill, this issue does not seem to be seriously addressed, though the bill does contain a five-year renewal clause for any company overseeing the MLC ‘contract’.  Additionally, members of the MLC board will be asked to elect this company, though critics note that this process puts the decision in the hands of a tiny group of major publisher representatives (or songwriters who are controlled by this group).  That group is expected to select, then ‘auto-renew’ SoundExchange repeatedly.

“The board of directors of the mechanical licensing collective shall establish and appoint an unclaimed royalties oversight committee consisting of 10 members, 5 of which shall be musical work copyright owners and 5 of which shall be professional songwriters whose works are used in covered activities.”

Additionally, the MLC will be required to regularly publish reports and allow open access to information related to financials, royalty payouts, and even their database of musical works.

Perhaps most importantly, the marked-up bill does not change the three-year holding period for unclaimed mechanical royalties.  Instead, all unmatched and unclaimed royalties will be distributed to the registered copyright owners, and divided based on market share.  That includes interest accrued on those royalties during the period.

That narrow window has been described as ‘legal theft’ by one critic, though the newer bill at least offers an oversight committee and greater access to the matching database.  It’s unclear who will wield control over that committee and critical information, however.

(2) The CLASSICS Act, a contested bill related to pre-1972 oldies recordings, will remain in the Music Modernization Act bundle.

That extension has been strongly challenged by a number of groups, including the tech industry and preservationists.  The protest has even spawned the introduction of the ACCESS to Recordings Act from Oregonian Senator Ron Wyden.  ACCESS proposes a uniform grant of federal copyright protection for all recordings, pre-1972 or post-1972.

At this stage, it’s unclear if that opposing bill will complicate the MMA’s chances of passing — at least in its current form.

(3) The U.S. Department of Justice will keep Congress apprised of various changes to current consent decrees that dictate statutory royalty rates to PROs ASCAP and BMI.

This is also a critical change to the MMA, given that the U.S. Department of Justice might entirely scrap consent decrees that dictate rates to PROs ASCAP and BMI.  The change would mean that both PROs could start to charge actual market rates for the public performance of their works, a move that could dramatically change performance licensing revenues.

The amendment related to the DOJ is entirely focused on simply keeping Congress updated on possible changes.  If the DOJ chooses to dismantle the consent decrees, for example, they must issue an alert to members of Congress once the motion is filed.

There’s also the distinct possibility that a PRO could oversee the MLC, or that PROs could simply handle mechanicals themselves, especially once the DOJ is out of the picture.  That would allow both organizations to consolidate performance and mechanical licenses, and significantly expand their current businesses.

So far, we’ve received emails from an assortment of different special interest groups, and all of them are positive.

That includes the Recording Academy (NARAS), National Music Publishers’ Association (NMPA), Digital Media Association (DiMA), Association of Independent Music (AIM), and the MIC Coalition.  Those organizations are regularly at loggerheads, but all of them are applauding the updates — at least on the outside.

Which means that S. 2823 looks to have the forward momentum to pass.

That’s our quick read of the updated bill.  But this is 169 pages of dense material, so it’s worth reviewing if your business depends on this.  And of course, let us know if there’s something we missed!