James Blunt Weighs In on Article 13: ‘We Desperately Need This Fixed’ 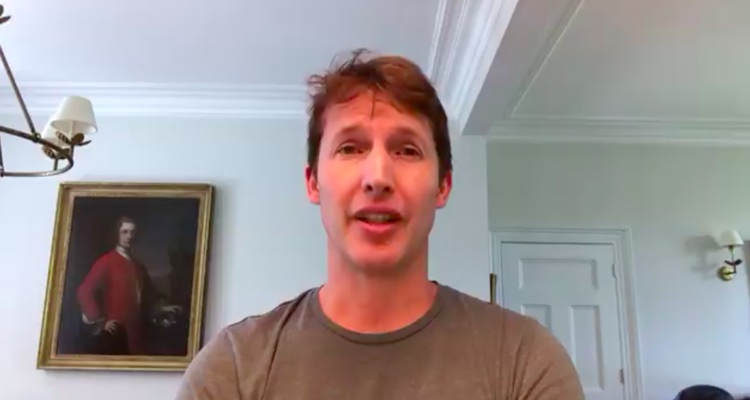 Is this the tipping point? Just ahead of the weekend, James Blunt threw his considerable weight behind Article 13.  He’s now one of several superstars speaking out.

That is part of a far broader wave of support, with big-name musicians potentially shifting the outcome ahead of a July 5th vote.

In a video message posted ahead of the weekend, Blunt offered a succinct case for passing the controversial measure.  The three-minute appeal was targeted directly at members of European Parliament, who are now voting on Article 13 and its umbrella legislation, the EU Copyright Directive.

“My name is James Blunt.  I’ve been so lucky to be able to make music, but the next generation of artists coming through need to get a better deal when their music is used online.  I believe we need a world where the effort and creativity that goes into making music is rewarded fairly.  That’s why the proposals in Europe to ensure online services get licenses for the music they use is so important to performers and songwriters who are trying to make a living and build a career in music.

“We need this problem fixed.  Creators need the support of members of the European Parliament and we desperately hope you’ll give it to us.”

We’ve been covering Article 13 for weeks, and thinking through the potentially serious ramifications for the music industry.

That discussion starts with YouTube, which has benefitted enormously from safe harbor protections that force copyright owners to self-manage their content on the network.

In a nutshell, Article 13 would require that online platforms install filters to identify content and properly pay for it.  And ‘pay for it’ means paying the price set by the copyright owner.  Violations of that policy would result in steep copyright penalties, with the burden shifted entirely to online platforms.

Suddenly, ‘safe harbor’ is thrown out the window, with filters and constant monitoring required at the point of upload.

YouTube has countered that its Content ID rights management system already achieves this aim, though major content owners are crying bullshit on that argument.  That includes heavyweights like Irving Azoff, who hasn’t been shy about sparring with YouTube Music’s newly-installed chief, Lyor Cohen.

Cohen recently stated that the industry ‘isn’t discussing the value gap‘ anymore, while claiming that premium subscription is the most important topic these days.

The YouTube Music executive also claimed that most labels are inexperienced when it comes to advertising, and missing a bigger picture of big growth ahead.

Meanwhile, nearly 150 different music organizations throughout Europe and demanding change, and vociferously supporting Article 13.  Led by indie consortium Impala, the brigade of organizations includes nearly every European PRO, a group that has now been joined by 32,000+ songwriters and content creators.  That latter group includes David Guetta, Ennio Morricone, and Jean-Michel Jarre, among many others.

In fact, it’s hard to imagine Article 13 getting so much traction if Content ID was functioning as flawlessly as YouTube claims.

Instead, industry critics have long pointed to a crafty game by YouTube that ultimately drives down the price of content, with ‘effective’ filters like Content ID offering cover.  Instead of feeling a sense of control, content owners mainly feel like they’re on the defensive, and forced to manage YouTube’s impossibly vast network.

Suddenly, YouTube is facing the very distinct possibility of losing its ‘safe harbor’ trump card.  Which means the video giant will suddenly have to pay the same amount for content as competitors Spotify, Apple Music, and others — at least in the EU.   In that light, the recent launch of YouTube Music seems to have a far different motivation, with Cohen & Co. potentially battling the extinction of dirt-cheap content.

Sounds like great news for Spotify, which has always complained of YouTube’s cut-rate advantage.  But that depends on a lot of variables.  First, Article 13 has to pass, and be implemented.  And once YouTube is forced to pay a fair rate for music videos, it’s unclear how they’ll react.

In one scenario, YouTube simply keeps going, while subsidizing the cost and prioritizing lower-cost content.  In another, they move entirely away from free music videos, at least in EU countries, which would theoretically drive hoards of users to Spotify.  That is, if Spotify gets to keep their freebie tier post-Article 13.