Spotify Is Issuing Refunds to Subscribers Who Felt Spammed by Drake 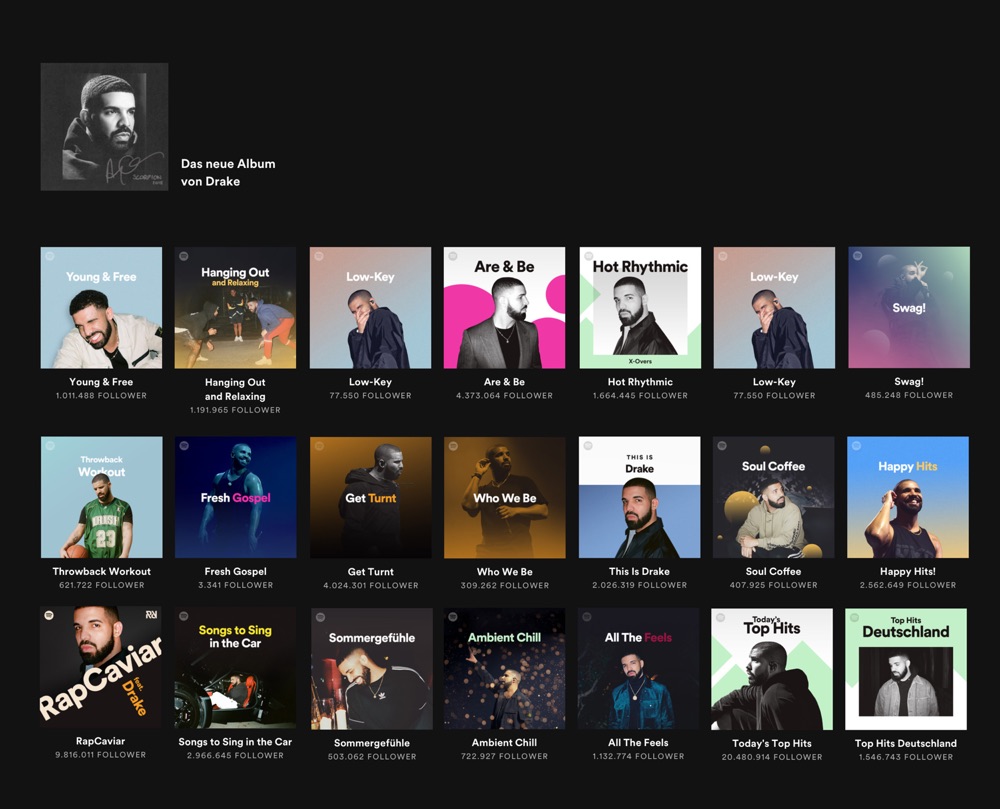 What subscribers took issue with.

Spotify is now refunding at least some subscribers who felt spammed by ‘Drake ads’ this past weekend.

Drake is laughing all the way to the bank.  Spotify, on the other hand, may have some cleaning up to do.  Now, a highly-vocal group of angry subscribers are demanding refunds, and it looks like Spotify is giving it to at least some of them.

The issue isn’t that Drake’s Scorpion was getting promoted on Spotify.  It’s that Spotify was pushing this album into every nook and cranny of the platform, and effectively spamming users who had little interest in the artist.

Not everyone likes Drake or rap.  Hence the irritation.

“Literally all of my playlists are heavy metal,” one Spotify user complained on Reddit.  “So why are they advertising fucking ‘Drake’ to me?”

+ Thank You Spotify for Stuffing Drake Down My Throat

That was part of a growing chorus of irritated subscribers, many of whom immediately canceled their service.  Others demanded their money back, while complaining about the aggressive campaign.

“I just messaged Spotify customer service on their website and told them I wanted a refund since this is advertising and I pay for premium with no ads, and they have now refunded my last payment,” one Spotify subscriber wrote on Reddit. “Complain, take your money back, and let them know you will cancel if they pull this shit again.

The above thread is titled, ‘Spotify will refund this month if you contact them about the Drake spam‘ (in case there’s any misunderstanding).  The user that initiated the post has posted the entire chat transcript of the support call, so others can follow his lead.

But tellingly, the user didn’t cancel after the issue was rectified.

Sounds a little extreme, though the logic for the refund demand is simple.  Paying $10 a month means no ads.  And Drake’s over-the-top promotion, fairly or otherwise, was widely viewed as a ‘pay for play’ advertisement, with Spotify smothering customers with the release.

The refund demands may also change Spotify’s promotional policies going forward.  Instead of complete saturation, the next Drake-style blitz will likely be more constrained.  Or even better, targeted to users most likely to care.