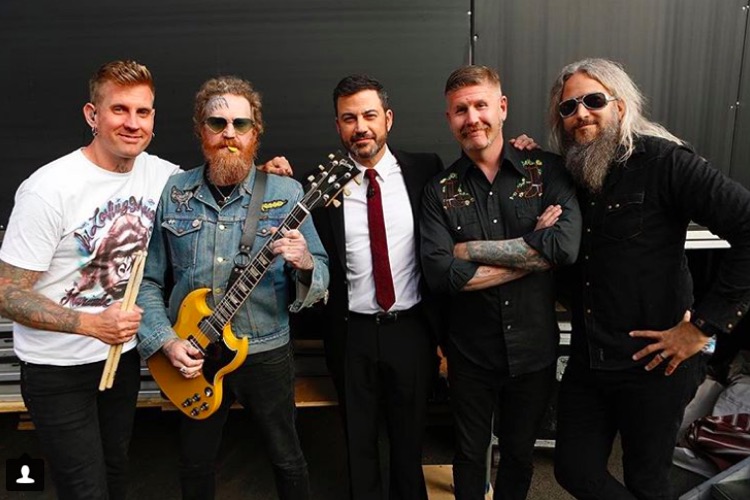 It’s becoming extremely difficult for musicians to make a living these days —even successful and award-winning bands like Mastodon.

Mastodon’s guitarist, Bill Kelliher, recently gave an interview on the music podcast “Let There Be Talk,” where he explained how streaming services are killing music as we know it.  And potentially putting promising bands out of business.

Kelliher puts a lot of blame on popular music streaming services such as Apple Music and Spotify, who pay artists way too little money.  In Kelliher’s estimation, if this doesn’t change, a number of ‘successful’ artists and bands will have to leave the business.

Perhaps most shockingly, Kelliher further says that bands like his can no longer afford to make records.

During the interview, Kelliher detailed how records are produced from a financial perspective.  While Mastodon and other top bands receive significant money in advance from record companies, this money almost entirely goes into making the record.

“We cannot afford to go out here — I mean, people who are listening — there are so many people behind those songs that you hear on the radio,” Kelliher stated.  “When it comes down to us doing a record, sometimes those records cost half a million dollars.”

“I could live a thousand years, and Spotify plays [our music] all day long, and maybe I’ll just make a couple of thousand dollars.  It’s very miniscule.”

Furthermore, Kelliher notes that bands make no additional money from these records until they first pay back their advance.  Inside the business, this is known as ‘recoupment,’ a contractual arrangement designed to protect a label’s initial investment.  But according to Kelliher, recoupment becomes extremely difficult because the streaming services — which is chiefly how people listen to music these days — pay such little money.

“Once it hits the internet, and it goes out there for free, where’s the money being generated to make that money back?  There is no money to make it back.  I could live a thousand years, and Spotify plays [our music] all day long, and maybe I’ll just make a couple of thousand dollars.  It’s very miniscule.

“The only way to make any money is to get out on the road, and tour, tour, tour, constantly.”

Kelliher insists that the situation is so bad that it’s pretty much irrelevant how often Mastodon’s fans stream their music.

But the problem is that touring is also very expensive, not just for fans, but for the bands, too.

Part of the problem is that venues take hefty cuts of the revenue. Which, according to him, can be anywhere from 20% to 30%.  What’s more, this percentage is not just for tickets, but for everything that fans purchase during the show.

Kelliher uses a concert t-shirt as an example of how little his band earns doing a show.  He says that a t-shirt typically costs around $50, which many fans complain as being way too expensive.  But Kelliher insists that the venue keeps about $20 from the sale of a shirt, which leaves $30 to be split among the band and also its management.

The band must then pay lawyers, accountants and crew, and meet lots of other expenses. These other expenses include the renting of a tour bus, which he says costs the band about $60,000 every month.  All of this leaves very little money for the band itself.

Things have gotten so bad for music artists like Mastodon that Kelliher decided to take his case directly to the federal government.

He and Mastodon drummer Brann Dailor recently testified in front of Congress within the scope of their membership in the The Recording Academy.  There, they lobbied congressional members to pass the the Music Modernization Act, which would change the way royalty payments are made to musicians, songwriters and other creatives in the modern digital age.

The bill already unanimously passed the House of Representatives 415-0, and it has also made its way through the Senate Judiciary Committee.  But despite some reform, it’s probably not going to change the revenue picture for bands like Mastodon.  At best, things will improve slightly (though major publishers are positioned to make handsome windfalls).

Earlier this year, Mastodon won a Grammy for Best Metal Performance for their song “Sultan’s Curse,” which came from last year’s album Emperor Of Sand.  The album itself was also nominated for a Grammy for Best Rock Album.