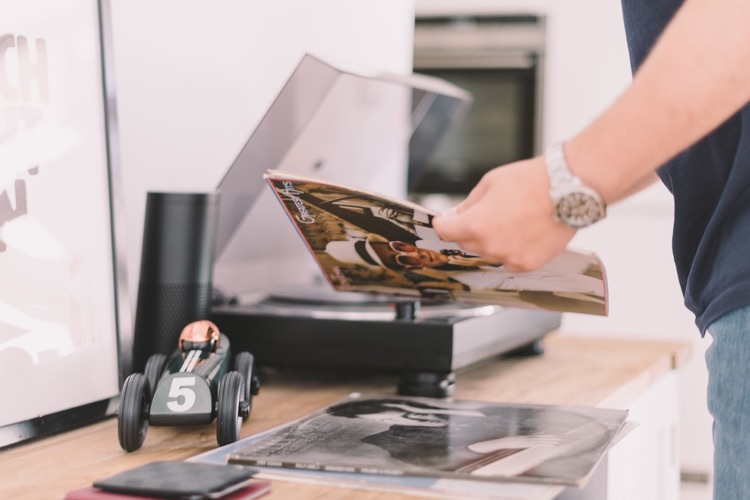 In fact, figures from Nielsen Music indicate that sales of LPs are up 19.2% this year.  According to first-half, US-based stats shared with Digital Music News this morning, sales of LP albums landed at 7.6 million.

Of course, that’s a big change from the early 2000s.  At that point, the LP format was essentially declared dead.  But even a mid-2000s resurgence was dismissed as a temporary fad, a mere blip that would ultimately get eviscerated by iTunes MP3s.

Now, iTunes downloads are dying and there’s a full-blown, decade-plus vinyl records revival.  Because, that’s what we all predicated, of course.

Actually, the explosion of streaming is probably having a huge impact on vinyl record sales.  While streaming introduces lots of newfound conveniences, including extreme portability, music fans seem to be missing that tangible product.  And besides the totally uncool CD, vinyl is really the only tangible recorded product in town.

Jack White, formerly of the White Stripes, a longtime promoter of the vinyl format.

White also owns one of the most famous pressing plants in the world: Third Man Pressing, located in the heart of Detroit.

Sounds peachy, though the age-old format is currently plagued with age-old issues.  Production bottlenecks are extreme, and so are the limitations of this format.  All of which is stirring some innovation: just recently, Austria-based Rebeat Innovation received nearly $5 million in funding to develop HD Vinyl, a patented process that features laser-inscribed grooves and a friendlier environmental footprint.

Rebeat Innovation states that their records will have greater sound quality and longer playing time. They will even be backwards-compatible, and playable on any existing turntable.