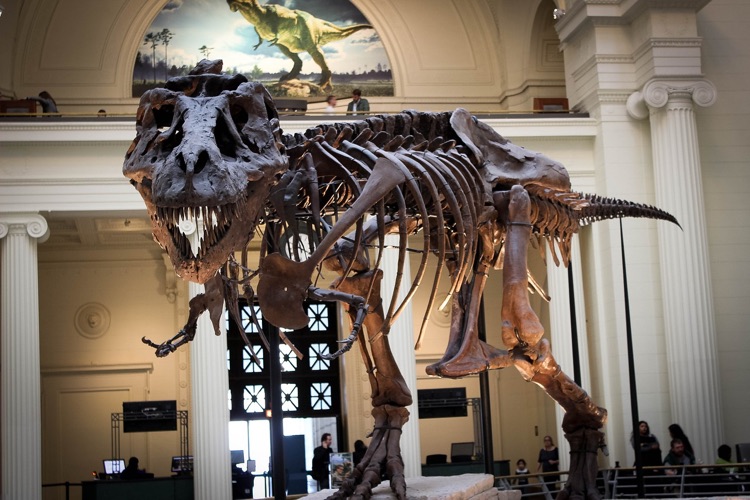 Song downloads tanked nearly 30% during the first half of this year, according to US-based stats from Nielsen.  So how long does this format last?

Hey, the woolly mammoth also had a good run.  But despite a decade of relatively strong sales, the paid download now looks headed for the music industry’s waste bin.

Albums, of course, include a lot of songs in a bundle.  But the number of bundles is getting dangerously close to zero.

Once upon a time, paid downloads were topping one billion annually.  Now, Drake is crossing one billion streams in a week, part of an insane growth story on platforms like Spotify and Apple Music.

Overall, streams surged to 403.4 billion during the six month period, a jump of 41.6 percent.

An album download is worth gold compared to an album stream.  And the comparison gets even more lopsided when actual, physical album sales are involved.

Separately, sales of physical albums slipped 14.6 percent to 41.3 million units in the U.S.  That downward spiral is happening despite a continued boom in vinyl records, though CD sales drops are no match for vinyl’s resurgence.  During the period, vinyl LP sales grew a handsome 19.2 percent, though overall sales volumes were 7.6 million.

Vinyl records, for all of their gains, remain a niche format.  But that’s another story.

Meanwhile, precipitous drops in download and CD sales are putting a damper on the music industry’s recovery.

The math on this is simple, and Sony Music Entertainment has already said it out loud.  Heavy losses of highly-profitable formats are being counteracted by heavy volumes of low-profit streams.  Of course, volume is good and streaming revenue is solid overall, but the economics here are getting dampened by the loss of some old, high-dollar friends.

The result may be a tempered comeback, though one veteran executives are welcoming nonetheless.

Again: simple math shows this format dwindling towards 0 after just a few years.  30% year-over-year drops simply aren’t sustainable (to say the least).  But a rumored pullout by Apple could render this format completely extinct in a shorter period of time.

Earlier, sources pointed to plans by Apple to shut down its iTunes music download store, with warnings issued as early as April of 2019.  Given Apple’s longtime dominance in song and album downloads, the result would be an even more precipitous decline for downloads.

That’s the story on downloads.  But artists and labels in certain genres may want to hold out.

Rap is now dominating streaming, and younger fans are ditching the download entirely.  But it turns out that genres like classical, jazz, children’s, Christian, and even rock are trending higher in both downloads and physical sales.

That suggests that a pullout may be premature for those specialized in those genres.

Then, there are other treats that fans of particular genres enjoy.  For example, vinyl tends of over-index among rock fans, while classical and jazz fans also enjoy the wax (they also tend to have more money).  And for the right artist, enough LP sales can generate a lot of revenue — and even help to sustain a career.