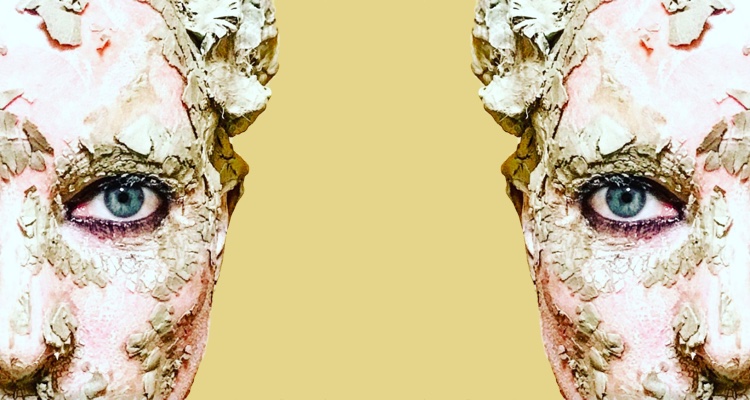 Spotify isn’t signing artists, and neither is Patreon. Which is exactly the point.

If you aren’t a die-hard Amanda Palmer fan, you probably didn’t even notice.  But since smashing Kickstarter records in 2012, Palmer has effectively built a viable, high-revenue direct-to-fan enterprise.  In the process, Amanda Palmer the artist has evolved into Amanda Palmer the business.

And here’s the quick history of Amanda Palmer, Inc.  Back in 2012, Amanda Palmer shocked the industry/world with a $1.2 million Kickstarter crowdfunding feat.  She then parlayed that success into other crowdfunding, fan-supported initiatives, including an ultra-successful account on Patreon.

In total, Palmer says she’s made nearly $1.6 million through Patreon in just three years, thanks to thousands of die-hard patrons who pay money for every creative product that she releases.

So what’s the only problem with all of this?

It turns out that there’s one giant, inconvenient truth lurking behind all of this success.  Amanda Palmer started out on a major label.  Which explains why there aren’t thousands of other Amanda Palmers out there.  They didn’t have the upfront capital, the marketing infrastructure, or the distribution required to climb out of obscurity.

Sure, a die-hard Amanda Palmer fan will contest this simple fact.  Because it disagrees with the romantic direct-to-fan narrative that Palmer herself created.  But the real irony is that most Amanda Palmer die-hard fans wouldn’t even exist without the upfront capital of Roadrunner Records and its then-distributor, Universal Music Group.

Amanda’s ‘evil label’ lost the PR battle on this one.  You see, Palmer is as brilliant a businesswoman as she is a self-promoter.  And one of the biggest aspects of promotion is spinning the right narrative.

Palmer’s narrative goes something like this: big label signs an impressionable artist, exploits her, demeans her, then somehow — bam! — not-so-impressionable artists escapes the clutches of major label prison and truly expresses herself!  It’s what marketers call a ‘compelling narrative,’ and it’s one that Palmer has exploited to help make millions of dollars.

Like I said, Amanda Palmer’s pretty damn smart.  Which means none of this would have happened without her ingenious, courageous, and risky approach towards building her career.  But even a highly-tuned sports car can’t get over 50 mph on a bumpy dirt road.

But what if Amanda Palmer was starting out in 2018?

Now this is where things get really, really interesting.  Because now the label isn’t the only one that can propel an artist out of obscurity.

About ten years ago, the music industry was hooked on this idea of ‘direct-to-fan’.  A theory called the ‘Long Tail’ posited that niche artists and bands would naturally find their following and survive, while mega-stars like Mariah Carey would fade.  And the internet would make this perfectly-matched world of artists and fans infinitely possible.

Just one problem: none of those dreamy inevitabilities came true.  At least on the scale imagined.  These days, blockbuster artists like Drake dominate music, with a tiny percentage of heavily-marketed artists commanding about 95% of the attention.

But the numbers are even scarier than you think.  A few sources have told Digital Music News that a tiny handful of artists are now dominating platforms like Spotify, Apple Music, and Pandora, with more than 90% of plays.

Sort of like a tiny number of artists dominated the old landscape of traditional radio, big labels, and MTV.

Amanda Palmer isn’t the only business-savvy artist out there.  There are probably thousands of Amanda Palmers that didn’t get signed in the early 2000s, because they didn’t catch lightning in a bottle.  They got passed up by the ‘gut’ of some A&R guy — if they even got the meeting to begin with.

Data wasn’t used to pick talent back then.  Only a highly-inefficient selection and development process.

Nowadays, there are thousands of brand-new Amanda Palmers just starting their careers.  And they don’t need a label — major or indie — to get started.

Spotify isn’t signing artists.  In fact, that’s one of their competitive advantages.  Because if a Spotify curator likes an artist, that artist has a dramatically better chance of succeeding.   Simply because Spotify playlists are that powerful.

Get slotted onto Rap Caviar, and you’ve just leapfrogged millions in upfront expenses.  And maybe even years of label development work.  Match that with a smart, talented, hardworking artist and a savvy team, and you’ve got a brand-new blueprint for success — with a far better profit margin.

All Spotify wants is a better licensing deal.

So you can replace ‘Step 1: Sign to a label’ with ‘Step 1: Secure a deal with Spotify’.  And the second option may prove far more powerful to an artist’s career than the first.

Ask yourself: what if Spotify had secured a direct deal with Drake when he was just starting out, with Canadian government ‘culture money’ helping to bankroll the rest?  The results might be eerily similar to what we just witnessed on Scorpion.

The major labels are apparently pissed that they aren’t getting enough music on Spotify’s big playlist.  Maybe they’ll reconsider their licensing terms and make life hard for Spotify.  But they can only go so far, because both sides need the other to survive.

But this isn’t just about Spotify.

Earlier this month, Apple Music surpassed Spotify with the most US-based subscribers.  Either platform has just as much power to blast an artist into the world’s consciousness, arguably with more effectiveness than a well-established, major label.  And both are trying.

Even Amazon Music is quietly running its own exclusives, even though Universal Music Group’s chairman Lucian Grainge has publicly decried exclusives.

It also isn’t just about Patreon.

Because Patreon is just one platform to engage core fans.   Maybe Portal, a brand-new YouTube competitor we just profiled, becomes a viable direct-to-fan platform in the future.  Maybe it’s a hybrid label deal with far better terms, like Childish Gambino’s 50% cut with Glassnote (which he’s out of).  Maybe it’s Kobalt mixed with successful touring, with a smart manager calling the shots.

The point is: the label isn’t the only VC in town anymore.  Far from it: labels are facing a serious disadvantage for up-and-coming artists, many of whom already have the leverage of good data.  And a myriad of paths towards success.

Which means the labels’ next innovation challenge might be even harder than the first.  And that goes for indies as much as it does for the majors.