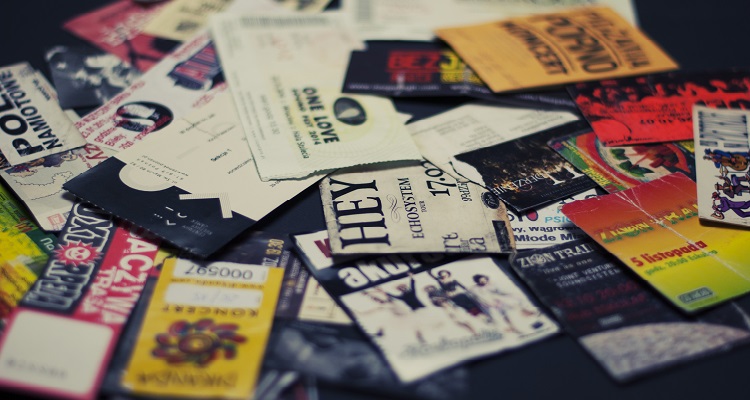 “What [the main resale sites] aren’t saying is that almost all their inventory is controlled by no more than 50 ticket touts, who have access to millions of tickets.  These major resellers account for 80-90% of the revenue of these companies, so their main mission is to take care of the brokers – they’re the real client, not the ticket buyer – with specific people, dedicated account managers, taking care of these sellers, incentivizing them to sell more, helping them get more inventory”.

Should festival organizers pay for police?

The French government has proposed forcing music event producers to pay for law enforcement officials at festivals.  Interior Minister Gerard Collomb has called for legislation to hold organizers financially liable for law enforcement, especially when dealing with issues not tied to terrorism.

Pranksters call in a bomb threat during YouTuber’s performance at the Greek Theatre.

Police evacuated The Greek Theatre in Los Angeles during a performance by YouTube personality fouseyTUBE – real name Yousef Erakat.  Someone had phoned in a fake bomb threat in an incident known as SWAT-ing.  The Los Angeles Police Department believes someone had played a dangerous prank on Erakat.

Has a glitch taken down Kanye West’s The College Dropout on Apple Music and YouTube?

A representative from Def Jam Records has confirmed the label didn’t pull down Kanye West’s The College Dropout from both Apple Music and YouTube.

“There must be some sort supply chain glitch.”

Flighthouse, a popular music channel on social media app musical.ly, has debuted its first YouTube original series.  The channel will debut three new series on the video platform.  Flighthouse has more than 17.7 million followers and receives over 1 billion views each month on musical.ly.

And, Univision and Televisa chief content officer Isaac Lee is leaving, with the departure characterized as ‘amicable’ by Variety.  Lee is planning to build a TV production company; the change is part of a broader company shakeup.

Universal Music Canada has announced a partnership with Canadian eSports company Luminosity Gaming.  Both companies will form a platform for local artists to promote their music to eSports fans.  The news comes right after the official Overwatch League announced a partnership with Spotify.  The streaming music platform will create five playlists to commemorate the playoffs and Grand Finals of the popular video game.

The 2018 MTV Video Music Awards nominations have been announced.  Cardi B received ten nominations and The Carters eight.  The MTV VMAs will air from Radio City Music Hall on August 20th at 9:00 p.m. ET/PT.

Kacey Musgraves has announced the North American dates for her Oh, What A World tour.  It kicks off on January 9th in Indianapolis and will conclude on March 21st in Birmingham.

The Society of Authors, Composers, and Publishers of Music (SACEM) has announced a new partnership with PEN Music Group, an independent US publisher.  SACEM will manage the collection and distribution of royalties for the online repertoire of the ‘Mother’s Finest Songs’ catalog, recently acquired by Mothership Music Publishing.  The catalog of over 350 songs, written by Pam Sheyne, includes hits such as Christina Aguilera’s ‘Genie in a Bottle.’

WEYV, a multimedia app platform featuring e-books, magazines, and music, has announced a partnership with LyricFind.  The platform now includes synchronized song lyrics in the mobile app and web player.

Music industry veteran Lee Cadena has passed away.  He had a long history that included radio programming and on-air work.  Cadena had also worked as Rap Editor for Urban Network Magazine.  He passed away surrounded by his wife and sons.

Featured image by Tookapic (CC by 2.0)