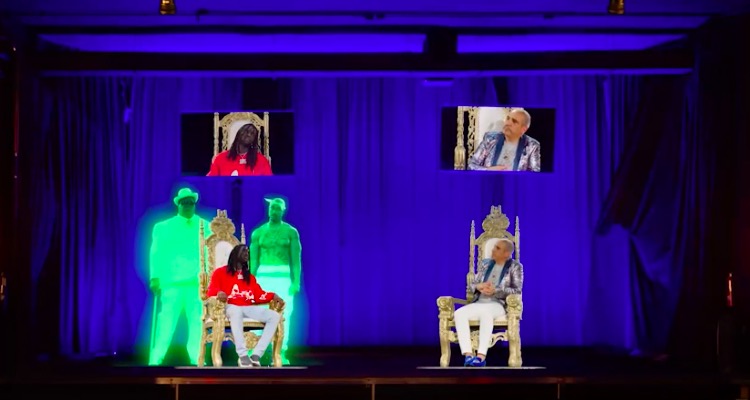 Chief Keef is kicking off a brand-new hologram tour.  It all starts in London at the Hammersmith Apollo Theater.

The tour begins on August 31st and is hosted by Alki David, the label boss for Hologram USA Inc.  The experience will feature deceased icons of American music starting from the 1930s until today, resurrected by high-definition hologram technology.

Fans will experience likenesses of Tupac Shakur and Michael Jackson, while other famous artists like Snoop Dogg will make a live appearance at the show.  This event will showcase Chief Keef’s main musical influences to fans, showcasing how his rap game evolved from influences like Tupac, Biggie Smalls, and gangsta rap.

The London tour is sponsored by Swissx, a maker of CBD oil infused chocolates that will be available for purchase at the theater.  It’s all designed to give fans an immersive musical experience.

Here’s a quick preview of what lies ahead.

Chief Keef fans can also look forward to the new concept album, The Cozart, dropping alongside the tour.

The Cozart album is the first album from the rapper after Chicago Mayor Rahm Emanuel forced the Chicago police to shut down his hologram peace concert in the city.  The first single from the album is called ‘Chi-raq’ and is a ballad dedicated to Keef’s mother and grandmother living in southside Chicago.

Once the London event kicks off on August 31st, the Chief Keef Icons of American Music Hologram Tour will then travel to Chicago before kicking off a multi-city tour.

Finally, the tour will end with a presentation at the Hologram USA Theater in Los Angeles, which is the only permanent hologram-powered theater in the United States.

Fans looking to get their hands on tickets can buy them at HologramUSA.com priced from £40 to £170, depending on the location within the theater.