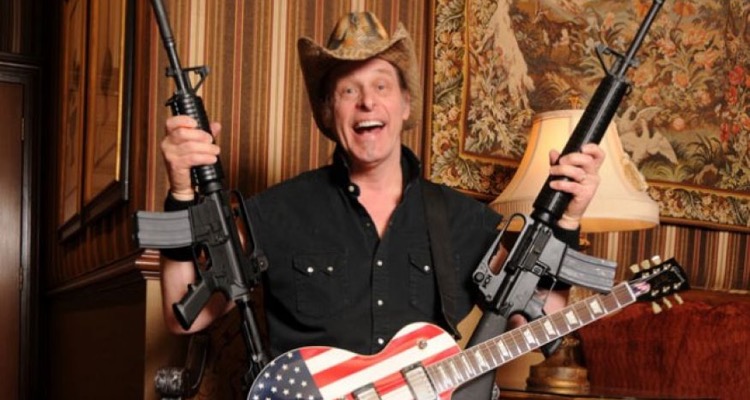 Fans of hard rock musician and pro-gun activist Ted Nugent were surprised Tuesday evening when they were patted down upon entry and told that guns would not be allowed at his Virginia concert.

The call to ban guns at the show was made by Nugent’s management and not the venue itself.  According to Berglund Center general manager Robyn Schon, since the venue is a city-owned theater, the theater operators could not deny open-carry of guns to visitors unless it was specifically requested by the performers.

Which means Nugent himself — one of the most outspoken gun advocates in the country — specifically ordered and approved the gun ban.

Schon specified the reason for the ban in a statement to WSLS.  “Given the things that have happened in nightclubs like Pulse and what happened in Manchester, [Nugent’s] security people are taking extra precautions”.  This refers to both the 2016 Pulse nightclub shooting in Orlando and the 2017 Ariana Grande concert bombing in England.

Schon further explained that the decision was made five minutes before opening the doors to concert attendees during a security meeting.  When the subject of guns came up, “Nugent’s people said, ‘Uh, no, our agreement says no'”.

Nugent’s management has yet to comment on the matter.

To the Berglund Center’s knowledge, there were at least two instances of fans being told to place their guns back in their cars. However, the gun ban did not seem to deter many in attendance despite their pro-gun views. One concert attendee told WSLS, “I think it’s probably pretty safe because some people get in there and get pretty crazy, and I came to see the show.  I don’t want to get shot”.

The policy comes as a notable deviation on the part of Ted Nugent, who has made his pro-gun values known by means of his Twitter account and membership with the NRA.

Nugent even dedicated one of his songs at the Berglund concert to the father of a gun violence victim, Andy Parker, calling him and other protesters a “dumb f***”.