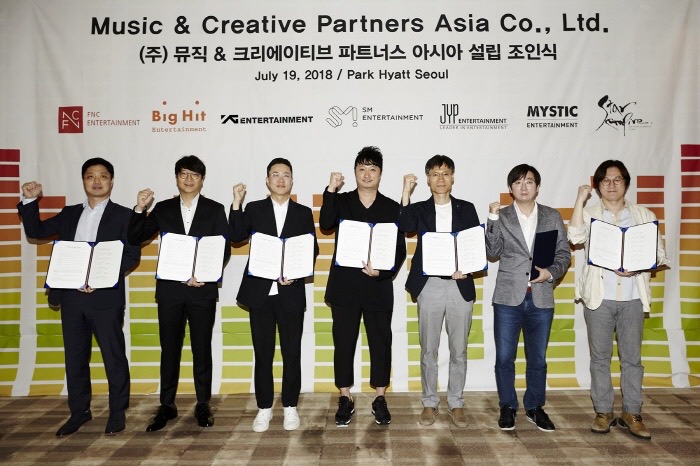 South Korean K-pop has long been a big traffic driver for YouTube.  Now, the Korean music industry wants more control of the relationship.

Just this morning, seven of the top entertainment companies in South Korea have announced a new initiative to help control the distribution of K-pop music videos on services like YouTube.

Big Hit is home to BTS, one of the most successful K-pop groups on YouTube.  BTS hits routinely rack up hundreds of millions of views, though other K-pop groups are also drawing serious views.  In fact, this video-friendly format is responsible for billions of views across the YouTube platform.

The MCPA service is modeled after the VEVO platform, a concept that emerged with similar YouTube-centric goals.  That endgame involves heavier bargaining power, not to mention better oversight on the content itself.

VEVO is composed of Universal Music Group, Sony Music Entertainment, EMI, and Warner Music Group, who in turn license their content to YouTube for distribution.  VEVO artists also host live streams, live shows, and more.  But despite VEVO’s broader ambitions, the concept was never able to exist independently of YouTube.  Instead, attempts to create a stand-alone video platform flopped, with VEVO largely a YouTube adjunct.

K-pop has long been a big driver for growth on YouTube.

PSY’s ‘Gangnam Style’ was the first YouTube video to surpass one billion views in 2012, but that was just the beginning.  Since then, YouTube’s K-pop scene has grown steadily with new hit artists and singles debuting on the platform.  So it’s no surprise that these South Korean entertainment agencies want to leverage their artists’ talent to create the most favorable distribution deals possible for their artists.

Also Read:  The Top 40 Most Popular Songs of All Time, According to YouTube

This will also lead to a crackdown on unauthorized uploads of K-pop videos, which are often unprotected on YouTube and other streaming services.  South Korean K-pop fans can also expect to see more of their favorite K-pop band’s content available on YouTube, as well as live streams and concerts if the MCPA follows in VEVO’s footsteps.

And who knows: maybe the MCPA can succeed where VEVO didn’t.  The result could be a very powerful, stand-alone K-pop video platform.