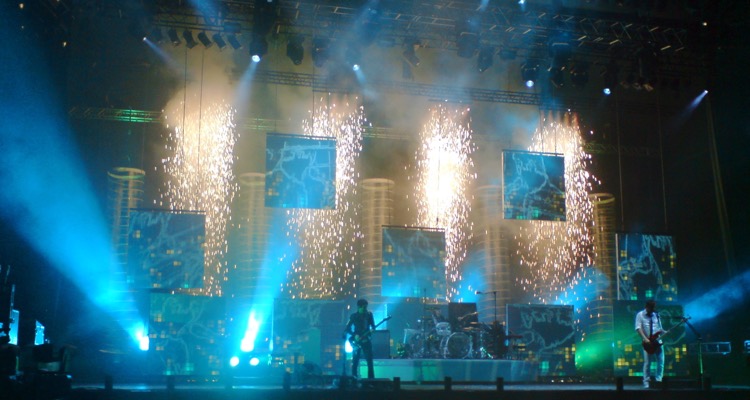 After nearly two decades years serving as tour director for rock group Muse, Glen Rowe will be focusing his efforts on charity.

Rowe will be devoting his time to the Neko Trust which he recently established to help newer artists and other young people out there.

According to a Music Week report, Rowe’s charitable organization will give new bands a “network of small venues” they can use as they come up in the industry.  Rowe said he decided to focus his attention on this aspect of music because he is worried over future headliners for events like the Reading Festival.

The former tour director believes there are “not enough young bands coming through the pipeline.”

Rowe helped Muse out with their touring for 18 years.  The band rose to major stardom during that time.  They were the first band to play at Wembley Stadium when it originally opened — though it’s been mentioned that since then, there has not been a British rock group to find global success and play in stadiums.

Rowe believes one of the major issues in terms of bringing emerging artists up through the pipeline is the lack of smaller venues for them to play in.

He said groups like Coldplay and Muse wouldn’t have made it like they did without the benefits of those smaller venues.

Rowe has previous experience working with other charitable organizations. That includes the Cato Trust and the Cato Academy. The latter is a school for “roadies.” Rowe believes he had great opportunities to “learn and succeed” so he’ll be making sure others can have similar options. The former tour director said the live events industry could be in serious danger. He added, “If we do not nurture it, it will not grow.”

With a man of Glen Rowe’s experience leading the way with his new organization, that growth will be available to help launch the next potential stars in music.