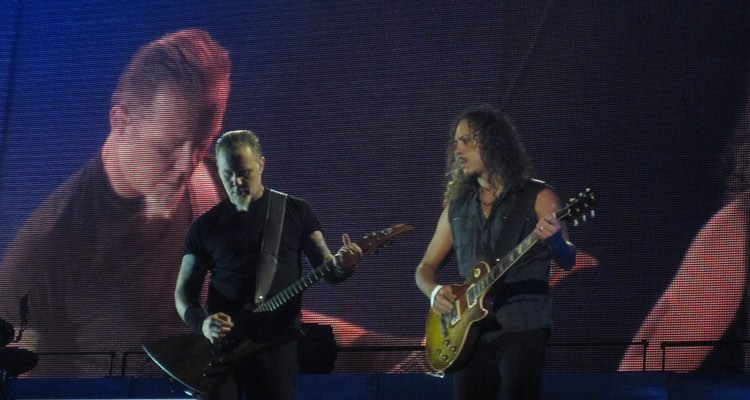 According to CEO Daniel Ek, Metallica creates its live performance setlists after consulting Spotify’s data.  Whatever fans in a local area like the most, that’s what they’ll hear.

“You have an artist like Metallica, who changes their setlist on a city-by-city basis just by looking at Spotify data to see, which the most popular songs happened to be in that city,” Ek relayed. “We’ve never before been at a place in time where you could make as many informed decisions and understand your audience as well as we can do now as an artist.”

That sort of granular decision-making has never been possible prior to the arrival of streaming services like Spotify, Amazon Music, Apple Music, and YouTube Music.  The surge in streaming platforms has given bands like Metallica the ability to see what fans in a geographic area enjoy.

Of course, Metallica has always been thoughtful when it comes to tailoring their live performances for fans.  Lars Ulrich says he previously used data from radio shows and live performances in local areas, with 6-8 different songs oftentimes swapped in and out of setlists.

Regional variations have always been common, though access to this level of data has not.

Regardless of the data, certain Metallica classics are almost always included in shows.  Ulrich says there are always certain songs that have to be played at the band’s live performances, but the deep cuts are varied from performance to performance.  Amazingly, bands were also ‘taking requests’ from local fans as early as the 90s, with the Rolling Stones soliciting feedback on song preferences on their website.

It’s interesting to see a group like Metallica embrace the digital age with gusto, considering the stance they took against online music sharing in 2000 by suing Napster.  Of course, a lot has changed in the ensuing 18 years, and it’s likely that other bands are also busily fine-tuning their setlists based on granular streaming preferences.