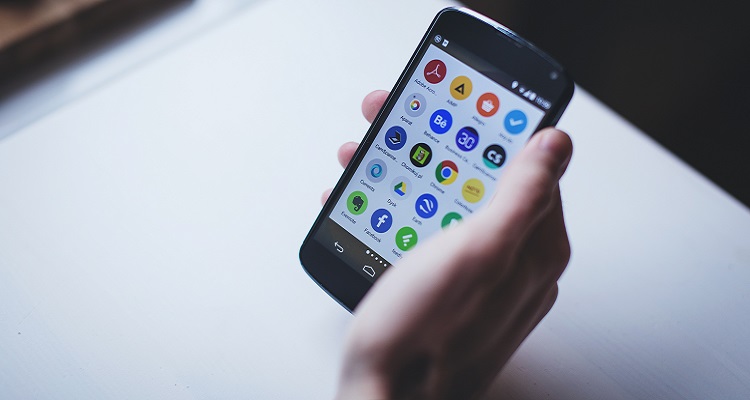 Spotify has overtaken Pandora and Apple Music as the most listened-to streaming music app in the US, at least on Android.  SoundCloud has yet to ramp engagement on the mobile platform.

Despite boasting 83 million subscribers around the world and around 180 total monthly active users, the company’s operating loss grew to $105 million.

But not everything looks bad for the popular streaming music service.  According to a new report, Spotify may soon overtake Pandora among Android users.

Spotify up, Pandora down, and SoundCloud remains steady in last place.

SimilarWeb recently reached out to Digital Music News to exclusively share its findings.  According to the analytics firm, over the past twelve months, Spotify’s app metrics have seen steady growth.

In contrast, SoundCloud has failed to take off on Android.  Only 8.6% of Android users have installed SoundCloud.

Unfortunately for Apple Music, its install penetration rate (along with other key metrics) on Android devices in the US was found insignificant, according to a spokesperson for the analytics firm.  But that probably makes sense given Apple’s iOS focus. 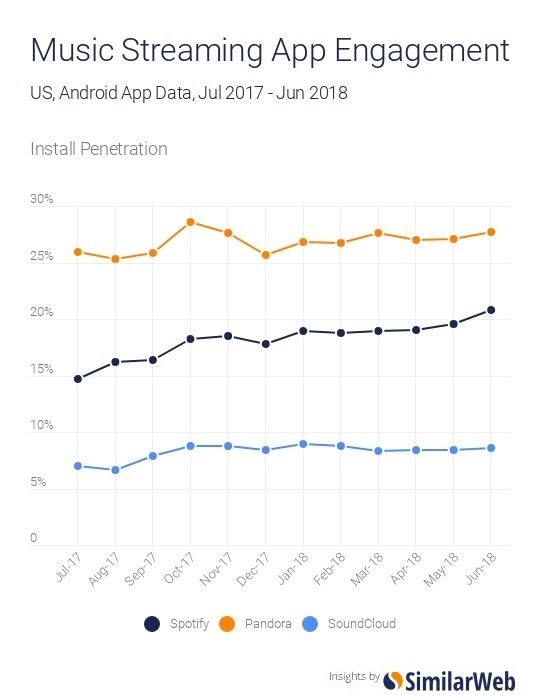 Closing in on Pandora, Spotify has around a 3.9% DAU.  In recent months, Pandora’s DAU has notably fallen, while SoundCloud has risen to around 1.8%, up .3% over last July. 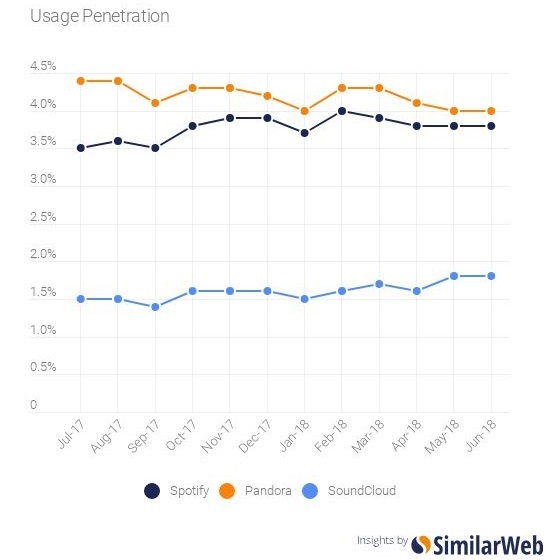 Yet, when tracking total time per user, people clearly prefer streaming music on Spotify over its competitors.

SoundCloud has also struggled to keep Android users engaged on the app.

Last year, people spent around 9 minutes on the app.  In February, SoundCloud peaked at close to 16 minutes per user.  That number has since decreased to around 12.5 minutes, its lowest in 9 months. 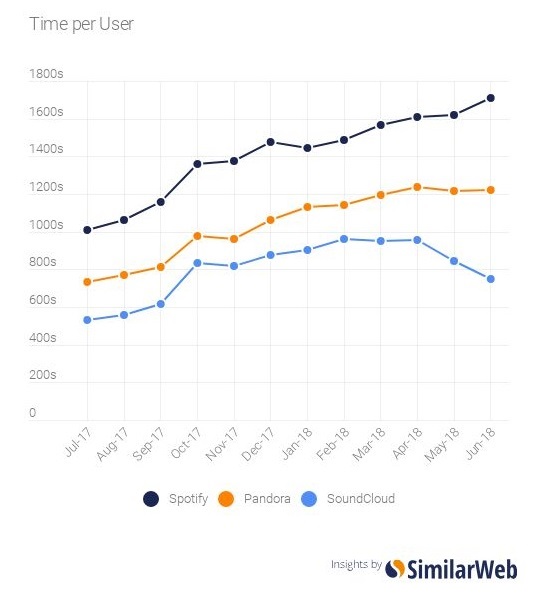 So, how has Spotify managed to close in on Pandora?  According to Etheran Chernofsky, Director of Corporate Marketing at SimilarWeb, the company has managed to not only build a strong brand name on Android; it’s also managed to cultivate an equally strong following among its users.

In a statement to Digital Music News, he explained,

“Spotify’s ability to grow their market share is a testament to brand strength and ownership even in a competitive space.  The company has shown a unique capacity to simultaneously grow their base while keeping their current users engaged, and this is a particularly potent recipe for success.”

Unfortunately, the same can’t be said for Pandora, SoundCloud, or Apple Music on Android.