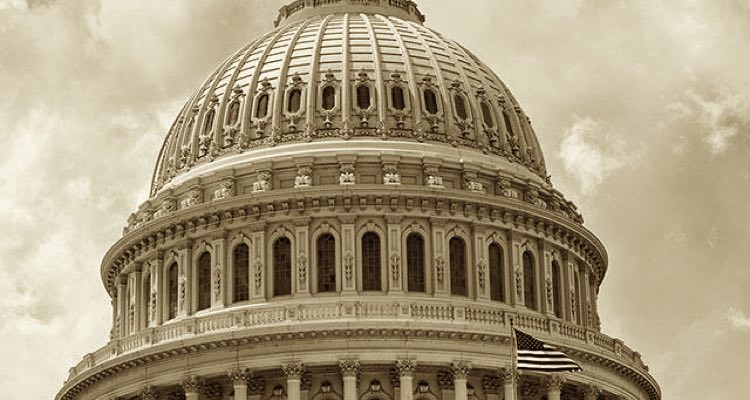 Yesterday, the Music Modernization Act (MMA) got back on track after warring parties declared a truce.  Now, we’re learning more about what concessions were made.

On Thursday, Digital Music News broke the story that the Music Modernization Act (MMA) was back on track.  After a stalemate threatened to kill the entire bill, US-based PRO SESAC backed off of a contentious amendment and declared a unified front with MMA architects like the National Music Publishers’ Association (NMPA) and the Nashville Songwriters Association International (NSAI), among others.

Now, we’re learning more about what specific concessions led to that agreement.

In an email exchange this morning, the National Music Publishers’ Association (NMPA) clarified that the MMA’s mechanical licensing body, the Mechanical Licensing Collective, or MLC, will now be prohibited from administering licenses for synch, lyrics, performance, or other rights.

Basically, if it isn’t a mechanical license, MLC won’t be touching it.

Earlier, we reported that the MLC would no longer be the sole administrator of streaming mechanical royalties.  But that was only half-correct — at least according to the NMPA and its major publisher constituents.

“In the agreement — the songwriters agreed that the new collective will not try to administer rights other than mechanical rights under Section 115,” Sellmyer continued (italics are hers). “This allows HFA and other vendors to continue to administer other music rights without the MLC engaging in the same activity.  This makes everyone happy.”

She continues: “The new agreement just means that the MLC can administer section 115 blanket and non-blanket mechanical licenses, but cannot administer deals for other types of licenses – sync, lyric, performance, etc.”

Others have flatly contested that assertion by the NMPA, stating that creating a mechanical licensing monopoly was exactly the intent of the MMA.

And, the reason why Blackstone, SESAC, and Harry Fox Agency put up such a protest in the first place.  Indeed, the NMPA may be spinning that aspect a tad, if only to maintain the ambiance of cooperation.

Either way, SESAC gets the win, and the ability to more fully participate in streaming mechanicals going forward.

We asked if that means Spotify can directly pay mechanical licenses to rights owners without the MLC.

And the answer is a resounding yes, according to Sellmyer.

In fact, any streaming music platform can directly pay mechanicals on their own, to any rights owner — whether that’s a publisher, artist, or songwriter.  That makes sense within the broader provisions of U.S. Copyright Law, which allow direct deals (or ‘carve-outs’) between independent parties outside of statutory rates.

All of which means that Spotify — via the recently-acquired mechanical rights company Loudr — may start to offer its own mechanical licensing solution to rights owners.  That would parallel a similar decision by Pandora, which recently struck deals with independent labels instead of working through SoundExchange for non-interactive streaming royalty payouts.

In fact — just looking at the tea leaves here — these direct deals are very likely to happen, given that they would enable publishers to capture all the mechanical licensing revenue before doling it out to songwriters.  Similarly, Pandora’s direct payments to labels largely boxed artists out, instead of requiring 50/50 mandatory splits through SoundExchange (we’re not sure what mandated splits the MLC will require, if any).

Then, there’s the obvious advantage of directly licensing a basket of music rights, instead of one narrow license.  For Pandora, direct licensing of numerous rights lifted a number of usage restrictions.  For Spotify, a collapsed rights payout may also be attractive.

We’re not sure if this is good or bad news for mega-PROs like ASCAP and BMI.

Sellmyer explained that ASCAP, BMI, SESAC, and other PROs simply can’t touch mechanicals right now, based on consent decrees imposed by the U.S. Department of Justice.  “That’s outside the scope of the MMA – it’s a better question for the PROs to explain,” Sellmyer answered.

“But in short ASCAP and BMI are under consent decrees and SESAC does administer mechanical licenses through HFA.”

This is actually a bigger wildcard than it appears, given that the DOJ has indicated that it might relax a range of decades-old consent decrees, including those that apply to PROs.  In fact, lawmakers have asked the DOJ to keep it apprised of any possible changes ahead, as it dramatically affects the landscape for administering mechanicals.

Indeed, the situation makes you wonder why ASCAP and BMI aren’t making a bigger stink about the MMA and its MLC mini-monopoly.  But part of the reason is that the bill offers a number of positive concessions related to the statutory rate-setting processes.  So good ol’ political horse-trading probably explains their support.

Meanwhile, other threats are looming.

That includes the CLASSICS Act, which has been subsumed into the broader MMA bill.  CLASSICS has been widely attacked for grossly extending copyright terms for oldies (pre-1972) recordings.  Those protections go way beyond terms for post-1972 recordings, and are being viewed as a Disney-like lobbying effort to extend copyrights on valuable works from groups like the Beatles.

Perhaps predictably, tech has battled back.  Senator Ron Wyden has recently proposed the ACCESS to Recordings Act, which seeks to normalize all copyrights around the same expiration terms.  It would also ditch a patchwork of state-based laws, which CLASSICS is attempting to keep alongside broader federal protections.