Viper Room Faces the Wrecking Ball After an $80 Million Buyout 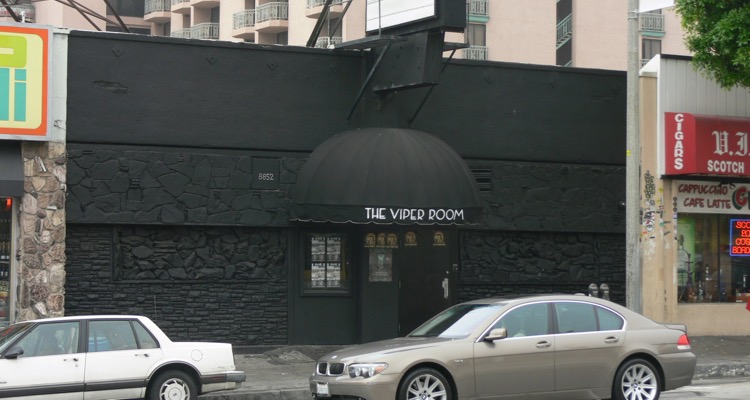 Los Angeles’ famous rock club the Viper Room may be facing the wrecking ball after the block of properties where the infamous club sits was sold for $80 million.

The block of Larrabee and San Vicente includes a novelty boutique stork, two liquor stores, a law office, and a barber shop.  It’s all alongside the nightclub that became famous after River Phoenix overdosed there in 1993.

According to a representative for the buyer, 8850 Sunset, there are no plans to redevelop the block at this time. However, the new owners are looking into possibilities for what the best use of the space could be.

The Sunset Strip in Hollywood has been changing pace quickly over the last few years, as developers buy up blocks of land and turn them into private clubs and high-end luxury condos.

The Viper Room launched in 1993 and was partly owned by Johnny Depp when the River Phoenix incident occurred.  At the time, the rock nightclub was a popular destination for Hollywood elites.  The nightclub has changed ownership a handful of times in the last few decades, and Depp no longer has partial ownership of the club.

The Viper Room is a piece of Hollywood history, both famous and infamous.

Despite being the site of actor River Phoenix’s death, it has also been the setting for several films.  1983 film Valley Girl used the nightclub for a few scenes.  Charlie’s Angels: Full Throttle and the film Be Cool also used the famous nightclub’s facade and dance floor as settings in the respective films.

It would be a shame to see this historic piece of Hollywood demolished to make way for new developments, but it’s not too surprising.  The Sunset Strip is rapidly changing to make it more appealing for high-class residents who don’t want to live among the dingy, gritty vibe that the famous club exudes.

Of course, that was always its charm.