What Streaming Music Services Really Pay — According to David Crosby 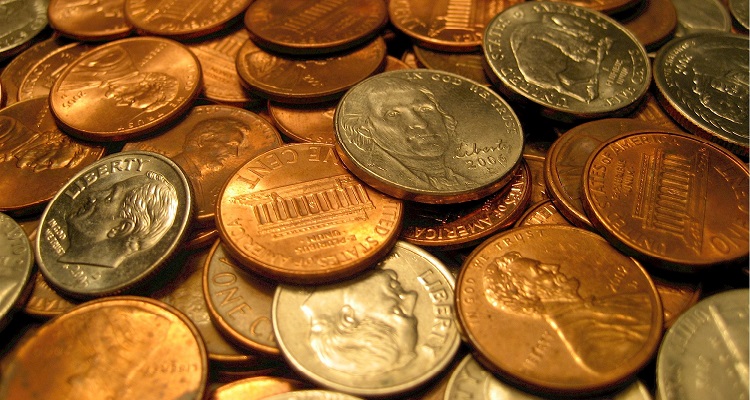 Again — as real artists have shown — don’t expect to make much on streaming music services.  Least of all on YouTube.

Here at Digital Music News, we’ve covered real artist payouts from streaming music services before.  And, let’s face it – unless you’re Drake or Post Malone, you shouldn’t expect to make a living from streaming.

But YouTube ranked as the service with the most humiliating payout.  After 865 plays, Keating earned a paltry $2.47, not enough for a coffee at Starbucks after sales tax.

Keating earns the bulk of her cash from performance royalties.

Now, a major artist has revealed how much he actually makes on streaming.  And he isn’t happy about it.

“How to earn less than $5 from streaming,” by David Crosby.

Artist and songwriter David Crosby recently took to Twitter to rally against the rise of streaming music services.

In a tweet dubbed “Real numbers,” he shared his recent streaming numbers after a million plays.

And despite multiple licensing deals with major labels, YouTube still has the worst payouts – $0.00069.  The numbers mostly fall in line with a report shared earlier this year on Digital Music News.

“Get your song played a million times and get less than $5.  Seems fair.” 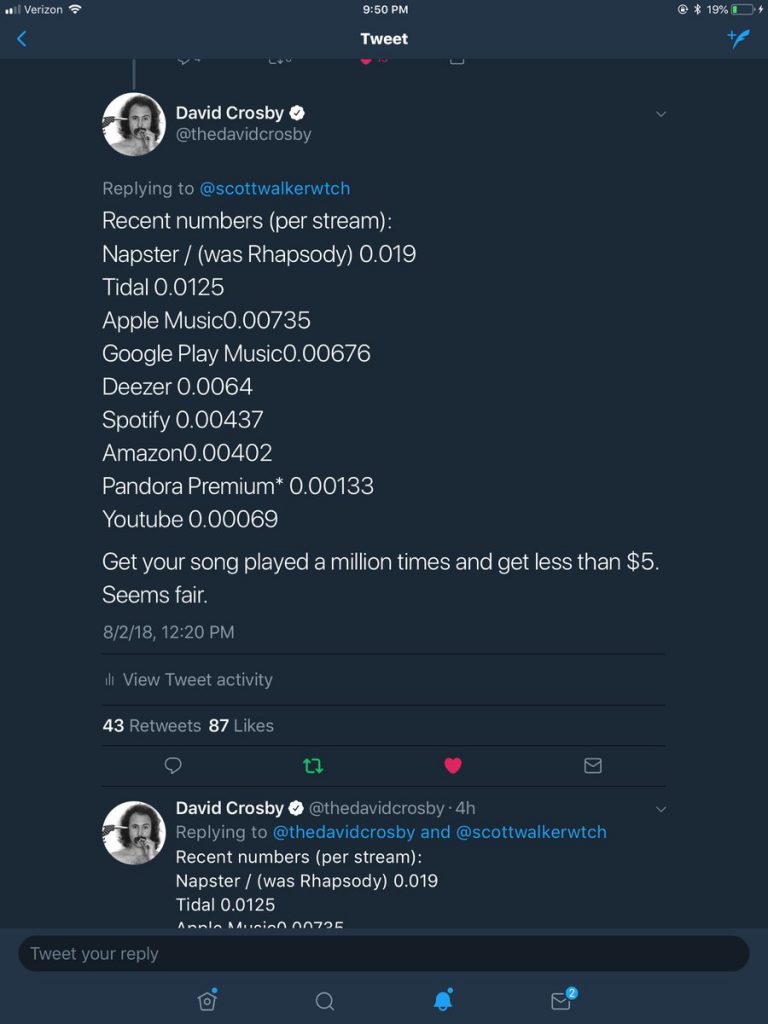 Yet, what about the context?

Did he mean a million plays per platform?  If so, the ‘get less than $5’ math doesn’t add up.

So, after a million plays on each respective platform, Crosby would’ve received $62,420, a far cry from $5.

Did Crosby publish the direct per-stream publishing royalty rate for his solo tracks, or did he include the share from his bands’ royalties?

More importantly, do the figures include the cut his record label received from his streams?  Probably not, but, if so, how much do they actively receive?

In the age of streaming, we still haven’t discovered how efficient artist pay-throughs from labels are.

After all, major labels receive more than a 50% share in royalties from streaming music services.  And, each passing fiscal quarter, they continue posting record revenues from streaming.  For example, UMG and Sony Music both earn $550,000 an hour from streaming revenue combined.

The Byrds, as well as Crosby, Stills, and Nash, also remain incredibly popular.  On Spotify alone, both groups have 1.5 million and 2 million monthly listeners, respectively.  So, how much has Crosby seen from his hits?  And, how much do they actually keep?

Crosby cleverly avoided the topic.  He instead chose to vent his frustration on the services, not on the labels which clearly take a higher cut of the revenue.

“The companies made a deal to sell out the artists by agreeing to a very very  low rate in return for which they got ownership share in the streaming companies which the artist don’t get piece of ….clever …sh-t-y.”

But, who’s truly to blame for these humiliatingly-low payouts?  Spotify, Apple Music, and every other streaming platform?  Or the major labels?