The Music Industry Generated $43 Billion in Sales Last Year. Artists Only Received 12% of That. 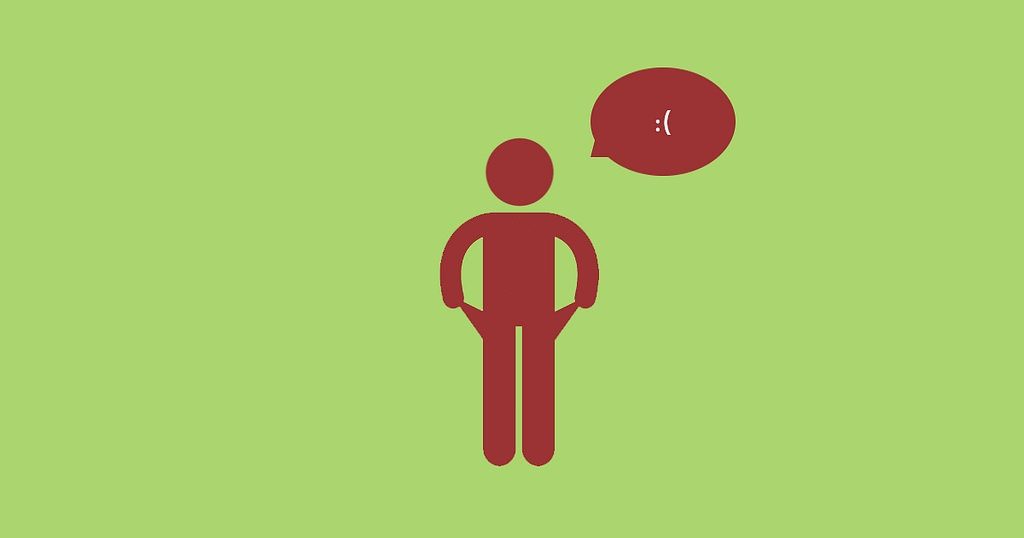 Major labels and tech companies now earn billions from artists’ work.  Well, here’s a small consolation – at least they get to keep the breadcrumbs.

This naturally begs the question – just how much do they actually share with artists?

A new report reveals that yes, major labels – and now tech companies – keep a major slice of the music revenue pie.  And no, artists shouldn’t expect to make a living from streaming music revenue.  Nor pretty much any other music-related source of income.

In its recent Citi GPS report, Citigroup revealed musicians received only 12% of the $43 billion generated in sales from their work last year in the US.  The figures include CD sales revenue, streaming music, YouTube ads, radio royalties, and concert tickets.  That number is up just 5% from 2000.

So, who keeps the money?  Tech companies, radio stations, and record labels get the largest share. 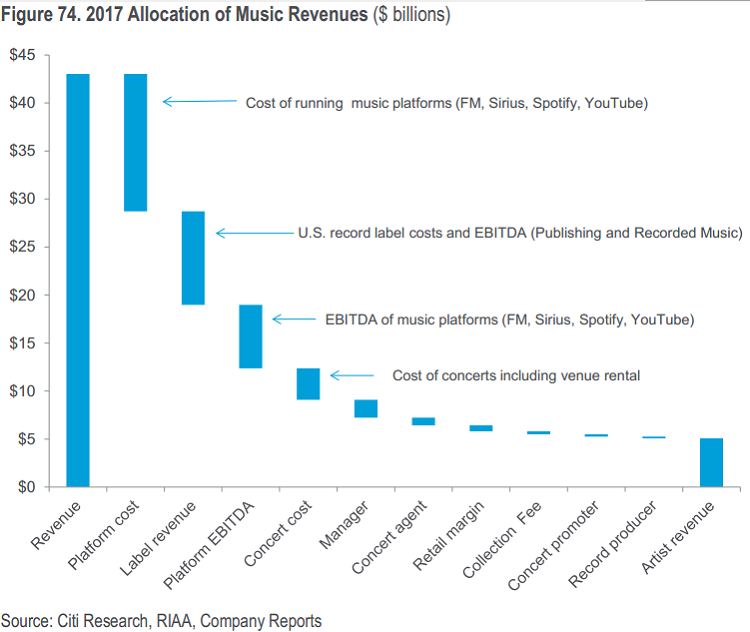 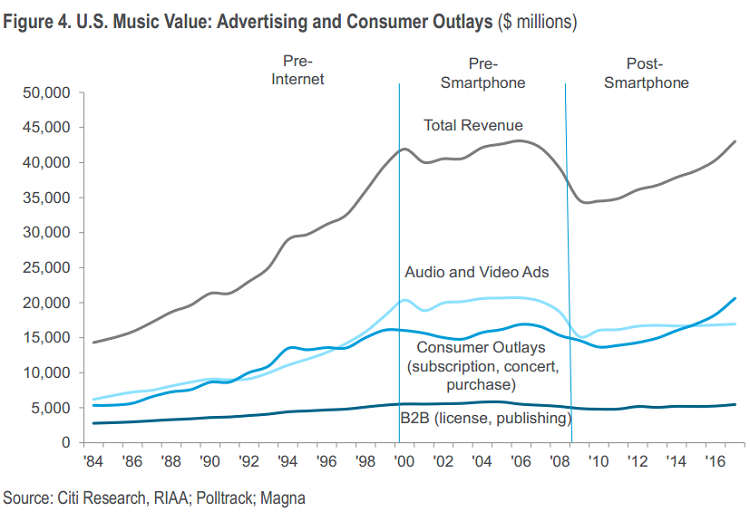 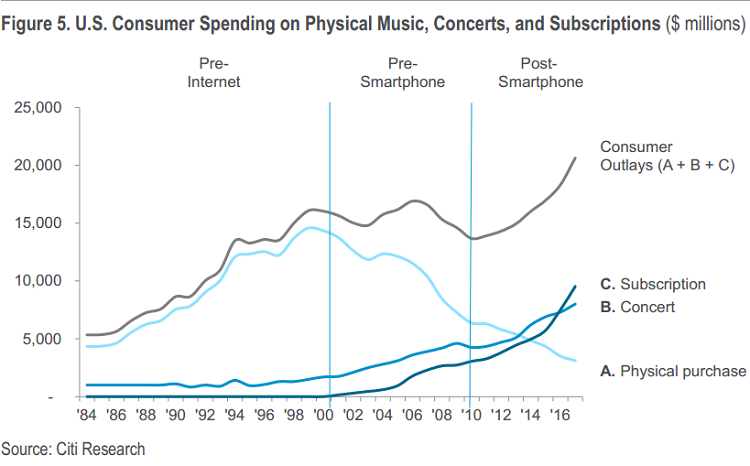 Of these amounts, labels and publishers received nearly $10 billion.  How about artists?  Around $5 billion.

Speaking about the depressing amount musicians actually receive from their work, he revealed artists don’t receive “their fair share of the economics.”

He started the report to discover whether artists truly receive as little pay as they claim.  Bezinet gave a not-so-surprising answer.

“The answer is yes.”

But, does a solution exist?

According to Bloomberg’s Lucas Shaw, yes.

All artists need to do is forgo record deals in favor of streaming music services like Apple Music and Spotify.

Citing Spotify as an example, Shaw writes that the company has given young artists “money to support the development of their careers.”  Spotify has recently offered direct licensing for indie artists with cash advances (though we haven’t seen any confirmed deals yet).

But that could cause a serious backlash.  And Shaw didn’t explain that Spotify’s offer caused an small uproar among the Big 3.   In fact, we’ve heard that major label executives have privately threatened to retaliate against Spotify for poaching hot artists, starting at the negotiating table.

Yet, the controversy may not ultimately affect musicians.  Speaking about the long-term impact of Spotify’s direct licensing deals, industry consultant Vickie Nauman explained that it could force major labels to give artists “more favorable deals.”

Speaking with Shaw, Nauman also elaborated on why artists receive so little.

“Because the music industry has so many intermediaries – and because the consumption of music is so fragmented across various platforms – the artist captures very little of the aggregate revenues.”

So is streaming truly beneficial?

Independent musicians and artists often share their actual streaming payouts with Digital Music News.  In fact, we happily invite them to.  And, the answer, quite frankly, is no.

Just look at some notable examples.  Zoe Keating, an award-winning cellist and composer, earned just $4,388.93 from nearly 1.2 million streams on Spotify.  From about a million streams, David Crosby reportedly earns $4,370 on the same service.

So, no, don’t expect to pay next month’s rent just by embracing Spotify.  Nor Apple Music or any other streaming music platform.

Yet, Citigroup’s report underscores a truly alarming fact.  Record labels and major music companies continue to rake in billions from artists’ work.  And, no matter what their representatives may say, no, musicians still don’t receive their fair share.

And, from the looks of it, they may never receive it.  Not anytime soon, at least.

Unedited featured image by Joe The Goat Farmer (CC by 2.0)